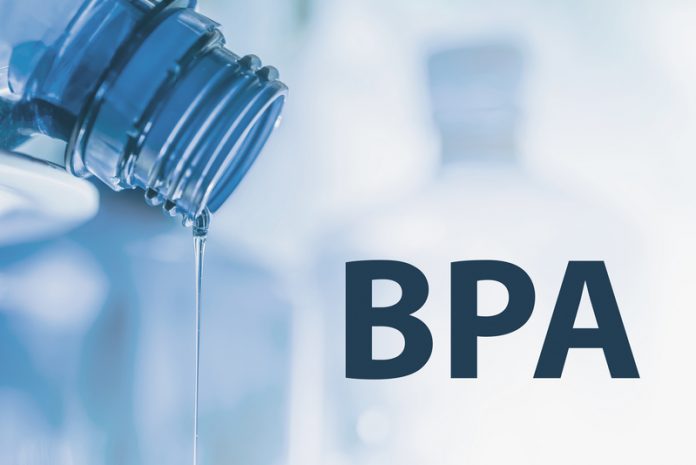 BPA (Bisphenol A), a high production volume chemical in plastics and resin, is being linked to health concerns – here Professor Lein discusses

Bisphenol A, more commonly known as BPA, is widely considered to be a significant public health concern by not only the scientific community, but also the lay public. Human exposures to Bisphenol A have been linked to a variety of health issues, with some of the most commonly reported effects being obesity and comorbidities associated with obesity, such as diabetes, liver disease, and cardiovascular disease.

Bisphenol A is a high production volume chemical used in the manufacture of hard polycarbonate plastics and epoxy resins, as a dye developer in thermal paper, and as a polymerization inhibitor in the formation of polyvinyl chloride plastics. It has been incorporated into many consumer products including dinnerware and food storage containers, eyeglass lenses and screens for cell phones and laptop computers, toys and pacifiers, impact-resistant safety equipment and automobile part, some paints and floorings, dental sealants, and cash register receipts.

The widespread use of BPA in consumer products has resulted in almost universal exposure of humans to BPA. A large study conducted in the United States in the early 2000s detected BPA in the urine of 92% of participants surveyed, with the highest levels found in young children aged 1-6 years. Similar findings have been reported in populations around the world. Consumption of food and beverages stored or heated in containers containing BPA is considered the main source and route of human exposure. However, humans can also be exposed through dermal absorption, for example, as a result of handling BPA-impregnated register receipts, and via inhalation of contaminated air and dust.

Many countries have moved to ban the use of BPA in a growing number of consumer products. In response to increasingly restrictive regulations, and mounting consumer concerns, industry has flooded the market with BPA-free products. While this change has significantly decreased levels of Bisphenol A in human tissues, it is not clear whether this change has translated into reduced human health risks from plasticising chemicals. This is because industry has largely switched to using Bisphenol A alternatives as substitutes for BPA in many of the products marketed as BPA-free. These alternatives, such as BPAF, BPE, BPF, and BPS, are structurally and functionally similar to BPA, raising the question of whether BPA alternatives are also toxicologically similar to BPA. Emerging data suggests this may be the case.

In a recent review of the human, animal and mechanistic toxicity data for BPA alternatives, obesity and associated co-morbidities were identified as endpoints associated with exposure to these chemicals. While there are discrepant findings in the human literature, animal studies have identified alternatives that are similar to and in some cases even more potent than BPA in altering metabolism to promote the development of obesity. For example, developmental exposures to BPF and BPS were observed to increase body weight and adiposity, to alter molecular pathways implicated in obesity, and to induce oxidative stress and inflammation. Exposure to alternatives during development exacerbated obesity in adult animals fed a high fat diet, and changed the expression of genes related to glucose and lipid metabolism.

Whether any BPA alternative is safer than BPA is a critical public health question. The importance of addressing this concern is underscored by two emerging lines of evidence: (1) human exposures to BPA alternatives are rapidly increasing, particularly in children and infants; and (2) obesity, particularly childhood obesity, has become a worldwide epidemic. We must invest in research now to protect future generations.