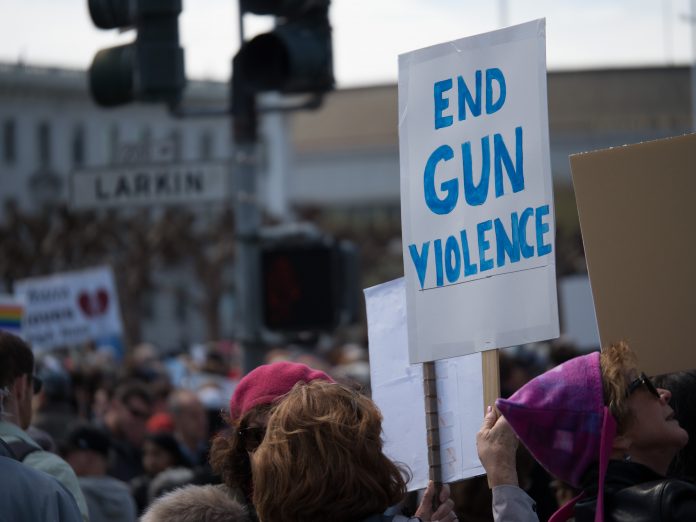 A new study by researchers at Temple University finds an increase in gun violence and shooting rates in Philadelphia following the beginning of the COVID-19 pandemic, especially in states where police surveillance and activity was higher.

The pandemic brought on numerous nationwide protests regarding incidents such as the Black Lives Matter movement, as well as anti-COVID and anti-vaccination disputes, and the highly anticipated election of President Biden in 2020 where political activists stormed the Capital.

Finding links with drug market associations and political activity, other studies have stated the vast increase in homicide and gun violence in cities after the pandemic began.

Isolating individual neighbourhoods rather than calculating on a city-wide scale

The dynamics in neighbourhood-level gun violence in Philadelphia during the COVID-19 pandemic found that different cities and areas had fluctuating relationships between the beginning of the pandemic and the timing of policies to mitigate spread of COVID-19.

Clarifying the dynamics of gun violence within cities, the researchers noted how shooting rates changed for different Philadelphia neighbourhoods between January 2017 and June 2021, accounting for before and after the pandemic began.

From this, they found that average neighbourhood shooting rates increased after the pandemic began – however, this escalation occurred at different times depending on the neighbourhood.

Certain characteristics affecting the structure of a neighbourhood, such as the racial makeup and its proportion of people with low socioeconomic status, were also associated with higher rates of shootings.

Gun violence increased most in neighbourhoods where police activity was highest

The study’s results support former research conducted on gun violence and can offer solutions to potentially help inform efforts to reduce shootings in general – an example of this can be addressing violence associated with drug markets, which could help lower the increase in shootings seen after the beginning of the pandemic.

Though scholars have previously suggested that increases in gun violence were a result of police lessening their proactive policing in minority neighbourhoods – given events such as the death of George Floyd – this study found that gun violence increased most in neighbourhoods where police activity was highest.

This entails that over-policing occurring in neighbourhoods across the US can make results unrepresentative of actual gun violence statistics, as some areas with higher demographics of people from racial minorities or poorer backgrounds may be overly surveyed compared to those in richer, other demographic neighbourhoods.

“Instead, our findings illustrate the salience of drug market activity as a factor that contributed to increasingly more gun violence over the pandemic and suggest there may be something, particularly disorganizing about drug markets that make neighbourhoods already at high-risk for firearm victimization even more vulnerable to the social and economic conditions introduced in 2020.”

Researchers state that further analysis of this topic could explore the finer-scale associations around such significant events, and how they can impact gun violence across the US.