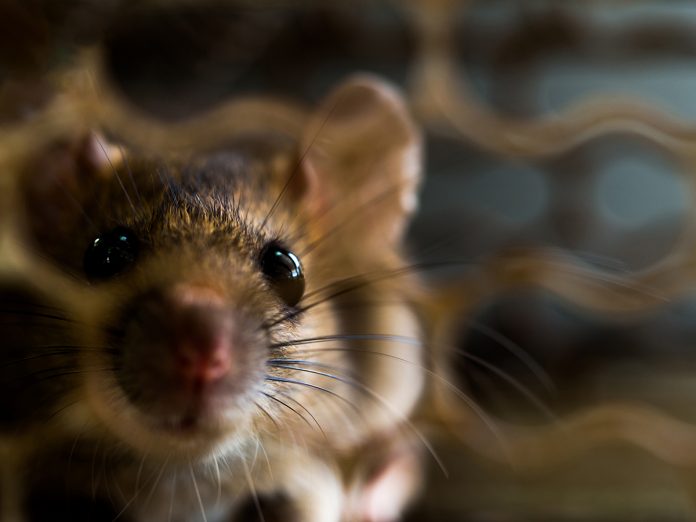 Romola Davenport and Richard Smith, Cambridge Group for the History of Population and Social Structure, Department of Geography, University of Cambridge, explore the history and evolution of public health, in this article

Global life expectancy has risen over the last two centuries from perhaps 30 years in 1800 to over 70 years today. While for most of the world’s populations these improvements occurred in the twentieth century, and especially after 1950, the process of improvement was much more protracted in now-developed countries, and the first signs of the so-called mortality transition can be traced to the mid-eighteenth century in northern Europe. These early origins pose a puzzle because they predated major investments in public health (which occurred in Britain from the mid-nineteenth century at the earliest) and medical advances (which with the exception of smallpox vaccination, were associated with developments in germ theory and aseptic techniques from the 1870s onwards).

Moreover, in England at least, these early improvements coincided with very rapid growth of especially industrial, manufacturing and port towns and the urban disamenities associated with these environments. Yet in England the largest improvements in survival in the period 1750-1820 occurred in towns.

A Wellcome Trust funded project to investigate the early origins of the ‘Mortality Revolution’ in British towns has provided some surprising insights into these early gains. Analysis of the diseases that diminished in importance before 1850 in the English population revealed that these diseases were generally the most lethal (Figure 1). Figure 1 depicts schematically the timing of declines in major infectious causes of death between the seventeenth and the mid-twentieth centuries, together with broad estimates of disease lethality as measured by the percentage of those infected who died as a result.

Bubonic plague, which disappeared from Britain after the 1660s, was associated with extremely high case-fatality rates, with between 20 and 60% of those infected dying. Its eruption into medieval Europe as the ‘Black Death’ was associated with sustained population falls of an estimated 30-50% in western Europe, and it continued to wreak havoc on urban populations until the late seventeenth century, killing an estimated quarter of London’s population in 1665. Typhus, which under its pseudonyms ‘famine fever’, ‘ship fever’ and ‘gaol fever’ was a major cause of the high mortality historically associated with harvest failures, warfare and other causes of social dislocation, had largely disappeared from England by the mid-nineteenth century. Malaria (Plasmodium vivax) was a major cause of high mortality and ill-health in low-lying areas of southern and eastern England until the early nineteenth century.

Smallpox is estimated to have caused 5-10% of all deaths in England in the eighteenth-century, and accounted for 20% of all burials in mid-eighteenth-century Manchester. However, following the introduction of vaccination from 1800 smallpox was reduced to a minor cause of death, accounting for roughly 1% of deaths by 1850. Pandemic cholera spread across Europe in the 1830s and returned in repeated waves across the nineteenth century, however, Britain was precocious in preventing major outbreaks after 1866.

By the mid-nineteenth-century the most terrifying epidemic diseases had almost disappeared from England, and infectious disease mortality patterns were dominated by ‘childhood’ diseases such as measles, scarlet fever, whooping cough and diphtheria, by tuberculosis, and by respiratory diseases. This represented a major change in the structure of mortality, from a regime where even young and robust adults were at risk of epidemic diseases and wealth conferred little protection, to a regime characterised by increasing social inequalities in life expectancy, and the concentration of mortality at the extremes of life, in early childhood and old age. These changes occurred largely before the development of the Victorian death registration system and the systematic collection of vital statistics, and therefore, the mid-nineteenth century is often treated as reflecting the traditional pattern of mortality before the onset of the modern ‘Mortality Revolution’, rather than a novel and probably unprecedented stage in the development of modern disease control.

What explains the pattern in Figure 1? Why did less virulent diseases take longer to control? Theories of the evolution of virulence and pathogen life histories developed in the past forty years in the field of evolutionary biology offer insights into these historical trends. In the case of diseases that are primarily transmitted directly from person to person, such as measles, chickenpox and whooping cough (pertussis) and most other respiratory pathogens, then there is a trade-off between transmission and virulence. Briefly, for transmission between hosts to occur, the infected host must contact a susceptible second host. This is less likely when the disease is virulent enough to render the host bed-ridden, hideously disfigured or, more obviously, dead.

Therefore, there is natural selection in such cases for a mild infection that leaves the host able to walk about and interact with others. However, virulence is also selected for, because it is associated with high levels of pathogen reproduction within infected hosts. High reproduction rates favour the survival of the pathogen against host defences, promotes the success of more rapidly growing lineages, and increase the volume of pathogens coughed up or otherwise excreted. In the case of smallpox death often occurred due to the blocking of capillaries by the sheer volume of viral smallpox particles.

Importantly, the trade-off between within-host reproduction (associated with virulence) and transmission between hosts is lessened, or absent, where alternatives to person-to-person transmission have evolved. This is especially evident in the case of bubonic plague, where humans are not a normal part of the cycle of disease from flea to rodent to flea and, therefore, the survival of the human host has not been subject to much, if any, evolutionary selection. In the case of Asiatic cholera, the very virulent nineteenth-century cholera subtype, infection rendered the victim prostrate within hours.

However, the bacteria reproduced in very high numbers in the gut and released toxins that made the intestines leaky, causing massive fluid loss that carried the pathogens onto clothing and bedding as well as faecal discharges, and thence into watercourses when these were washed or disposed of. Where there was inadequate separation of drinking water and sewage then this proved a very effective transmission route, despite the death of the victim. Current strains of cholera are much milder, and the evolutionary biologist Paul Ewald, a key exponent of the role of life histories in trade-off theory, has argued that this reflects selection against waterborne transmission and in favour of person-to-person transmission as a result of the enormous improvements in water quality since the mid-twentieth century.

Paul Slack argued in the case of plague that the steps required for the import of plague-infected rodents and fleas into English ports, and for the subsequent propagation of a human epidemic, constituted a tenuous chain of transmission that could be disrupted even by relatively incomplete or crude quarantine measures (although much more stringent measures were required in continental Europe, where import was much more frequent).

Similar arguments can be applied to other lethal diseases; that is, the chain of transmission was tenuous to be broken by early public health interventions, or as the unintended consequence of other changes such as the drainage of swampy land. These processes probably occurred more readily, and at less expense, in England than in continental Europe for example because its island status reduced the frequency of disease importation, and in the case of malaria, it was a relatively marginal environment for mosquitoes.

If this theory is correct, then it implies a large role for early public health interventions in the first stages of mortality decline. These interventions have probably been under-appreciated in the history of medicine and health because they were crude and incomplete compared with later efforts.

However, we suggest that these early interventions were directed at the ‘low-hanging fruit’, and yielded disproportionately high returns. As the most lethal diseases were controlled then much greater efforts were required to reduce mortality from very infectious but less lethal diseases of childhood and poverty. Similar processes were probably at work globally in the first half of the twentieth century, but again the patchy availability of data makes them difficult to discern.

This research is supported by The Wellcome Trust, grant no. 103322/Z/13/Z, Migration, Mortality and Medicalization: the epidemiological consequences of urbanization 1600-1945.