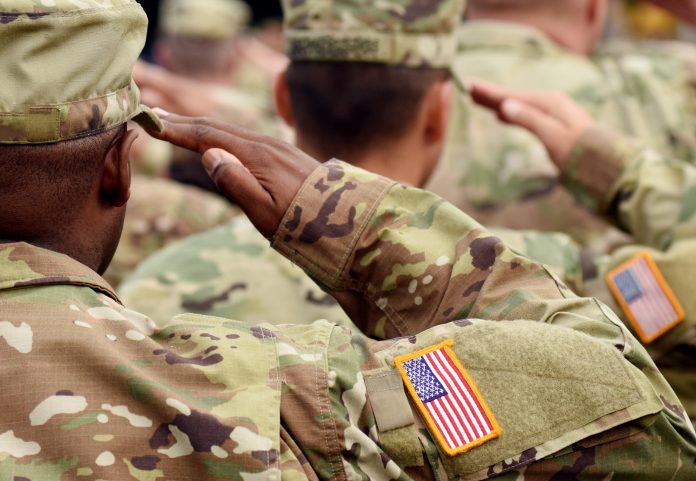 The obesity epidemic has a grave impact on the US military’s mission readiness, by limiting the number of available recruits and decreasing re-enlistment candidacy

In a study comparing national health and national security, researchers find that obesity threatens mission readiness for the US military – where the percentage of eligible recruits who exceed the military’s percent body fat standards has doubled for men and tripled for women since 1960.

The trend, first identified in 1946, came along when the National School Lunch Program was passed to address malnutrition among World War II military recruits.

The obesity trend has since shot up, as formerly, people had existed on limited calories per day due to minimal US food supply being available during the war.

However in the present day, malnutrition is no longer a struggle – but instead, overconsumption has begun to threaten the military’s numbers.

Dramatic calorie enrichments to the food supply and increased portion sizes, among several other factors, have promoted weight gain and consequently reduced the number of otherwise eligible men and women for enlistment.

“Research to uncover best practices will consider the increasing diversity within the armed forces, the importance of access to healthy food, and the opportunity to support nutrition education through informed leadership.”

Recognised as a public health crisis with serious medical and economic effects, the obesity epidemic, as stated in the Journal of Nutrition Education and Behavior, has its consequences for the US military.

Sara Police, PhD, Department of Pharmacology and Nutritional Sciences, University of Kentucky College of Medicine, stated: “This is a complex problem that has a deep impact on national security by limiting the number of available recruits, decreasing re-enlistment candidacy, and potentially reducing mission readiness.

“Additional, relevant issues include the changing demographics of the military and food insecurity among military families.

With the greater percentage of women and racial/ethnic groups in the military, researchers have expanded their scope of study to include ethnic diversity obesity statistics, finding that there are groups of the population who experience a higher rate of obesity and also higher rates of food insecurity – making the data harder to track.

Overall, numerous reasons can lead to obesity it found, such as unreliable access to healthy food and conditions like anxiety and other mental health issues – which further threaten military retention and mission readiness also.

The shocking statistics have driven military leaders to adapt and make changes in nutritional and dietary patterns. The initiatives they thought of included schools removing junk food options and increase the use of free and reduced-cost lunch programs.

Another solution was incorporating nutrition education within the armed services themselves to promote healthier lifestyles.

Co-author Nicole Ruppert, MS, Department of Pharmacology and Nutritional Sciences, University of Kentucky College of Medicine, added: “Other leaders, including commanding officers and non-commissioned officers, also play essential roles in information dissemination and behaviour modelling and could have a continued impact on soldiers beyond basic training.”

Dr. Police finalised: “Despite efforts by the US government and Department of Defense, obesity continues to impact the military and the risk to national security is great.

“Research to uncover best practices will consider the increasing diversity within the armed forces, the importance of access to healthy food, and the opportunity to support nutrition education through informed leadership.”