“When we try to pick out anything by itself, we find it hitched to everything else in the Universe”. John Muir

Conservation problems are human problems, and in trying to understand any part of the planet it is helpful to remember that human economies are embedded in human societies which are in turn deeply enmeshed in the Earth and its ecosystems.

Understanding the plight of the elephants using this perspective not only helped in understanding their behaviour and the threats to their existence but also guided the “detective work” that revealed some intriguing interactions between humans, elephants and the ecosystems of the Gourma region of Mali.

In 2003, it was known that the approximately 550 elephants made a roughly circular annual migration over a vast, arid area about the size of Belgium and Luxembourg combined (the largest recorded for elephants) in the Sahel of Mali; but it was unknown how they had survived when all around them had disap­peared.

We knew that in the 1970s they roamed over the rich habitats of the inner delta of the Niger River but by the early 1990s they had been displaced by human populations into the adjacent, more marginal zones. Their annual migration route was defined by GPS tracking data obtained from Save the Elephants’ GPS satellite collars placed on elephants in the 2000s. These data showed that rather than wandering at random, the migration route was characterised by “concentration areas”, where they remained for periods of time, linked by corridors through which they moved rapidly.

They spent the dry season (October – May) in the north of their range, moving between small waterholes surrounded by thicket forest. As the dry season progressed and the smaller waterholes dried, they became increasingly confined to those with remaining water. The most important of these was Lake Banzena, which held water all year round, and where they gather at the end of the dry season.

When they smelled that it had rained, the elephants moved south where there was more food of better quality but without the waterholes of the north, and so they could only stay during the wet season. To move to the south, they had to pass through a chain of hills. In the 1970s they used several routes but the GPS data showed that they now favoured one, known as “the elephants’ gateway”, the only pass without a village close by.

Although there was better food in the south, there were also more people who tended to be more settled and agricultural; in contrast to the pastoral semi-nomadic and nomadic lifestyles of the north, and elephant distribution was even more clumped. One of their favoured areas was protected by a powerful traditional chief. He was from a pastoralist ethnicity and had prevented habitat clearance for agriculture, providing a haven for the elephants at the crucial time of the year when they gave birth.

Conversely, Lake Gossi had been of crucial importance for the elephants until the 1980s when well-meaning development projects had encouraged the clearance of the surrounding forest to create a small town and irrigated market gardens to compensate local herders for livestock losses experienced during the droughts of the 1980s. Although the herders were reluctant to engage in agriculture, the payments offered had attracted people from afar and a sizeable population soon occupied the lake surrounds. This displaced the elephants, who had to increase their reliance on other waterholes. Some of these were also experiencing habitat clearance to create irrigated gardens, all of which increased the pressure on Lake Banzena at the end of the dry season.

Lake Banzena was, therefore, identified as the top priority area for action, particularly as water levels had been falling, and the numbers of cattle using the lake were increasing rapidly year on year. The years where it almost dried completely were becoming more frequent, and in 2010 the density of cattle surrounding the lake was so intense that half the elephants suddenly left (despite reasonable water levels) for their haunts of 40 years previously in the Niger Inner Delta. Sadly, due to increased human populations and water abstraction, these lakes were dry and 36 died.

To understand more about the underlying social and economic drivers we interviewed the local users of the lake within a 22km radius. These included all the households, clan leaders, the women, youth and the migratory herders, as individuals and in groups. The findings were a surprise. The first was that 96% of the cattle belonged to distant wealthy urbanites, commercial herders who invested in cattle and sent them into more remote areas to find pasture and water. Many other natural resources (e.g. firewood and charcoal) were also over-harvested by urban commercial interests resulting in environmental degradation. The second finding was that although individual ethnicities had systems to manage their natural resources sustainably, each was reluctant to respect the systems of another, creating a “tragedy of the commons” in which the shared natural resources of water, pasture, forests and game were depleted by individuals users acting independently in their own self-interest, and contrary to the common good. At this point, we had a broad sense of the dynamics of the social-ecological system from our perspective as western scientists. We now needed to understand local perspectives and values, how they viewed the elephants and their relationship with them in the wider context of their lives, with the aim of weaving these perspectives together.

The next article in this series will describe this process in more detail and how it was used to develop a solution.

Ecosystem-wide elephant con­servation in the Gourma of Mali through governance that improves local livelihoods in syn­ergy with support to government plans and enforcement strate­gies project has received funding from the European Union’s Development Fund under the Grant Agree­ment no. EDF/2018/401-337 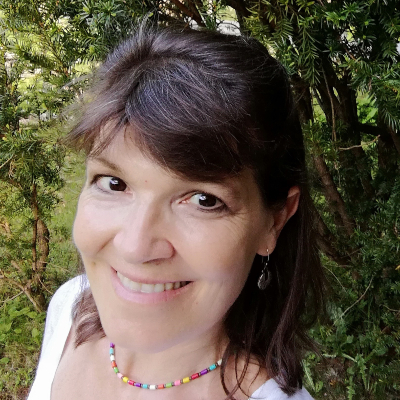