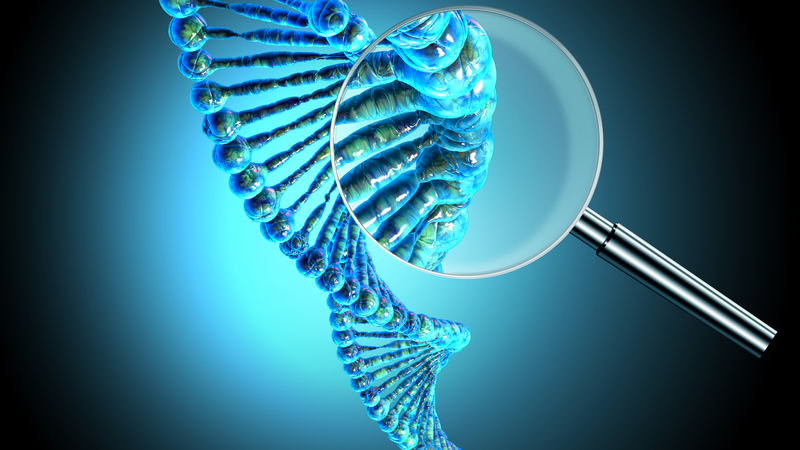 The human genome is composed of over 3 billion letters, around 2500 more than the number of letters in the Bible. If we were to write down this code in small print it would span over 3000km but written in molecules, our genome is about 3 meters long. DNA sequencing provides means to read this code from DNA molecules that are extracted from cells. Today, the major part of the human genome is known and is used as a reference for research and medicine. But can there be a human genome reference? Are we all made of the same set of instructions?

The short answer is “NO”. It is clear to all, that humans (and to this end any population of living things) are variable. How could they all be represented by a single set of code, i.e the human genome? It turns out that despite its extreme length and dens information content, the sequence of letters composing the human genome is identical to over 99% between different people. Could 1% of sequence encompass all the variation we see around us? Furthermore, a cell from your heart has exactly the same genome sequence as a cell from the tip of your toe; they both carry your own genome and yet they are extremely different in shape and function and this difference has to be encoded somewhere.

Epigenetics is a field of research that looks at this additional information that is beyond the sequence. Scientists have discovered several layers of information that are “written” into the genome without changing the identity of the letters composing it. This code is manifested for example in the form of slight chemical changes to the DNA molecules, changes that carry functional information for the cell machinery and define a cell as a specific type. Such epigenetic marks can be thought of as bits of information laid out along the genome. Knowing the identity and position of these marks is a topic of intensive research and the focus of the ‘Beads on String’ project led by Dr. Yuval Ebenstein and his team at Tel-Aviv University in Israel. Coming from a physics and chemistry background, Dr. Ebenstein has taken a novel approach to reading genomic information. The team in Tel-Aviv uses cutting edge nanotechnology combined with the use of colour and light in order to unveil the hidden secrets of the genome. In the first step, the research team is developing chemical reactions that allow highlighting genomic information with light emitting molecules. By using different colours of molecules for the various kinds of epigenetic marks, the genome is decorated by these labels just like a necklace composed of colourful beads on a string, where each colour represents a unique genomic feature.

How do you extract information from such colourful spaghetti?

The strategy taken by the Ebenstein team was to stretch the DNA molecules into a straight line and use a powerful microscope in order to read the information along those molecules in the order it is presented. In order to do this, the team uses tiny silicon nano-channels, less than one-thousandth of a human hair in cross section. When DNA molecules are squeezed into these channels the molecules are straightened and can be visualised by a scientific microscope as straight lines decorated with luminous spots.

The Beads on String project

The Beads on String project, funded by a European Research Council (ERC) starter grant, aims at developing a new genomics research toolbox that will offer the ability to profile individual genomic DNA molecules. As opposed to existing methods, the name of the game is “Multiplexing” i.e visualising a rich variety of information coexisting on the same stretch of DNA, meaning that it originated from a single cell. By comparing hundreds or thousands of molecules to each other and to the known properties of these genomic regions we may open a window to new landscapes of genomic variation. Allowing researchers to pin point the differences between individual cells and perhaps tracking down unique cell populations with distinct genetic and epigenetic properties. In order to achieve this goal, the Ebenstein group is developing a pellet of biochemical assays aimed at “painting” various genomic marks with distinct colours by chemically attaching light emitting molecules to these marks. Thus far, the team has demonstrated the ability to tag different kinds of DNA damage types and the epigenetic mark 5hmC, a chemical change in DNA that alters its function.

One example for the utility of this approach is demonstrated in another research project performed in the lab. The BeyondSeq project (www.beyondseq.eu), a consortium of seven research groups across Europe and Israel, which was recently funded by the European Commission with the aim of bringing single molecule genomics technologies into the clinic. Within this large effort, the Ebenstein team is developing an ultra-sensitive test for several types of blood cancer. It is based on evidence that shows that the epigenetic mark 5hmC is reduced significantly in many types of cancer and may serve as a biomarker for detecting and monitoring the disease. Due to the low levels of 5hmC in blood, it has been extremely challenging to reliably measure and requires alternative solutions to the methods used today. The single molecule approach developed by the Ebenstein team is specifically tailored for such sensitive detection, being able to detect single marks along individual DNA molecules. Preliminary results measuring the 5hmC levels of cancer patients compared to healthy volunteers show a 30% reduction in cancer, and the team is now working to collect more data in order to establish these findings. Further development of the assay and its adaptation for clinical use may provide doctors with a new tool for monitoring blood cancer patients. Another exciting potential for this test is personalised medicine. Treatment could be administered to the blood cells taken from the patient and in order to evaluate the effect of several therapy options before choosing the best option for the actual patient.