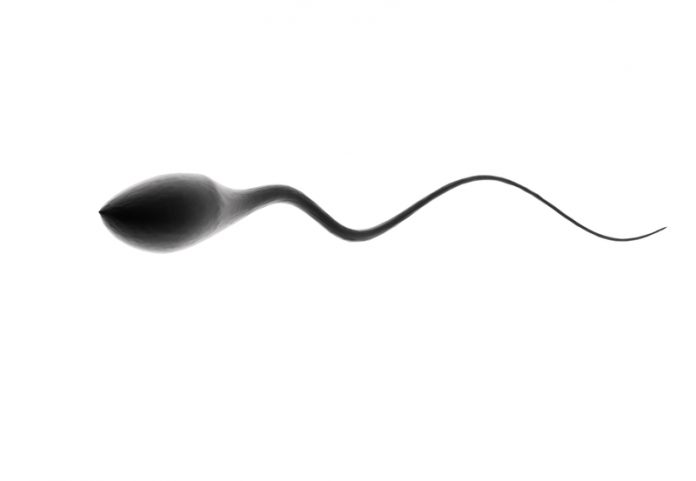 The containment of pollution-related adverse effects is an emerging public health priority at a global level. The World Health Organization estimates that about 25% of the current disease burden occurring are caused by prolonged exposure to environmental risks factors, with air pollution featuring among the top ten risk factors associated with premature mortality. Pollution can also adversely affect human sperm cells.

Increasing evidence points out that exposure to airborne pollutants increases the risk for health disorders other than respiratory diseases, concerning human reproduction. Airborne toxicants can be absorbed from the lungs and can be also deposited on edible crops and pastures: thus, an air-to-food exposure path does often occur.

Spermatogenesis is also a process that goes on continuously, from adolescence through to ageing; thus, the formation of new spermatozoa (and secretory fluids from accessory glands, such as prostate) continuously occurs. Spermatozoa are fragile cells that rely on number, rather than strength, to carry out their task of perpetuating the species.

For instance, sperm cells are highly susceptible to the effects of oxidative damage because the little cytoplasmic volume limits the space for housing an appropriate armoury of defensive enzymes, and the cell membrane lipids contain high amounts of polyunsaturated fatty acids. In its turn, oxidative stress-induced genetic and epigenetic damage may lead to trans-generational effects, with an increased incidence of diseases in the next generation(s), due to such features, as well as to easy sampling, human semen must be considered as potential time- and cost-effective marker for environmental health.

Pollution is not always the same. Due to waste discharge, traffic, industrial activities, intensive pesticide use, etc., in some areas, the environmental pressure is definitely: exposure to contaminants involves the food chains as well as the living environment and often coexists with lower than average socioeconomic status.

The evidence is growing that high environmental pressure is consistently associated with heavier public health problems in terms of cancer and other chronic diseases. Epidemiological studies deserve the important merit of pointing out populations at higher risk; on the other hand, epidemiology registers health problems when they have already occurred, often after a year-long latency time as for cancer.

In addition, epidemiology seldom allows definitive causal assessments. Biomonitoring looks more attractive from the standpoint of early detection (and prevention) of environmental risks. But what biomarkers, then? The measurement of the pollutant or its metabolites in biological fluids or specific substance-related biological signals (e.g., cholinesterase for organophosphorus insecticides) biomarkers is appropriate when the environmental pressure is due to one or few identified agents, such as dioxins in the Seveso accident (Italy, 1974). No doubt, the direct measurement of biomarkers in body fluids is more directly relevant to health risk assessment than the collection of data on contaminants in soil, air, water and foods.

But, what to do when many pollutants are involved, as in the majority of instances? Comprehensive biomarkers could flag peaks of the overall environmental hazard, as well as the impact of risk reduction measures such as lowering emissions or risk communication to citizens.

Several studies indicate that human semen quality is highly sensitive to pollutants, but normal parameters can be restored by an improved living environment. Moreover, recent research has shown that new biomarkers might be used in human semen as early sentinels, including the levels of essential trace elements (e.g., copper), antioxidant enzymes, sperm DNA fragmentation and telomere length in spermatozoa. Under this respect, men at fertile could become a population group important for estimating the amount and extent of the environmental exposure as well as its health relevance.

In fact, the main mechanisms that impact on semen quality (e.g. genotoxicity or endocrine disruption) are also highly relevant for other long-term adverse outcomes, such as cancer. Thus, a poor semen could be considered as a timely flag for environmental hazards getting to biologically active levels in the organism.

The optimal “environment-health” approach should be a “one-health” approach that integrates and exploits several data flows from the environment (including food chain) and biomonitoring. It is also important to include dietary and non-dietary habits, as they play an important role in the environment-health framework and are related to socio-economic status: examples are the consumption of certain foods (e.g. fatty fishes as a source of dioxins) and lifestyles that may act in synergy with environmental toxicants, such as tobacco smoking.

Fertility and in general reproductive health is important for the future of communities, supporting the inclusion of a “time” dimension into the scientific and ethical aspects of health risk assessment/management. Indeed, a sustainable societal development should satisfy the needs of the present generation without jeopardising the future, including the health, of the next generation(s).

There are several ongoing initiatives striving to develop an integrated “Environment-Health” assessment to be applied in practical situations. The network “EcoFoodFertility” has stemmed from the need for an evidence-based response toward the so-called “Land of Fires”: a large and densely populated area of Southern Italy (2,5 million inhabitants), ill-famed for the concurrent presence of multiple pollution sources (waste disposal, traffic, intensive agriculture). EcoFoodFertility pivots on human semen biomonitoring as an early and reliable tool for assessing the environmental impact on health, not limited to reproduction.

Biomonitoring must be integrated with studies on lifestyle and diet, both as risk-modulating factors and as drivers for the empowerment of pollutant-exposed people, to reduce their toxicant burden. The objective in progress is an international network of action: the groups involved investigate environmentally-challenged populations and intend to develop a science-based prevention framework, including novel, sensitive and robust panels of biomarkers.

Under this respect, andrology can provide major inputs. Andrology is enjoying an increasing role in the last decades, due to growing problems of male infertility and reproductive cancers (testis, prostate): pollutants such as endocrine disrupters are considered as significant risk factors for male reproductive disorders.

This scenario calls for joined efforts by clinicians, toxicologists and environmental scientists to get practical goals. Thus, the research that must be carried out by EcoFoodFertility and other networks has to targeted on the priorities and needs of exposed communities and be carried out in a spirit of “translational prevention”: from bench to risk analysis.