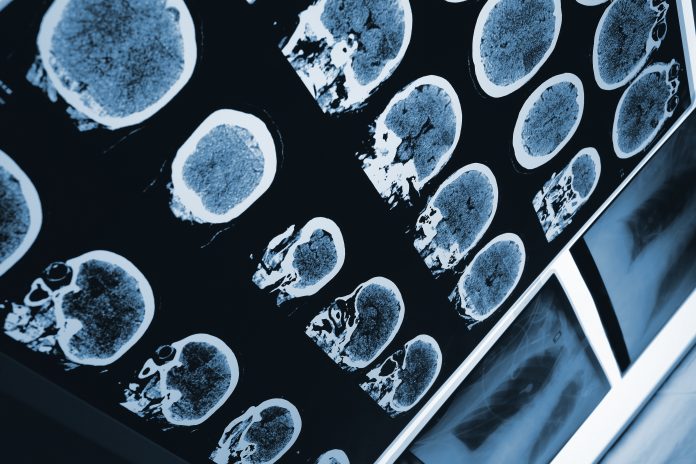 Stroke is a leading cause of disability and mortality among adults. It is the third cause of death worldwide and the first cause of acquired disability.1 Despite improvements in stroke care, around one-third of the 1.3 million people who have a stroke in Europe each year will not survive. One-third will make a good recovery, but one-third will live with long-term disability. Stroke causes not only acute but also chronic complications such as post-stroke dementia, depression, epilepsy and falls that cause substantial morbidity and economic costs.2

Stroke remains the leading cause of severe adult disability, so further understanding of stroke, implementation of preventive measures, and improvements in rehabilitation are vital.

Strokes are more likely to occur with ageing, with 75% of strokes happening to people aged over 65 years old.3 There are currently important differences regarding stroke incidence across Europe. While Central and Eastern European countries are experiencing increasing rates in stroke incidence and stroke-related mortality, a decline in stroke incidence was noted in Western Europe in the last two decades. Nevertheless, the number of patients with stroke is estimated to rise with increased ageing. The overall incidence of stroke in Western countries is approximately 2,400 per year, per million inhabitants.4

With ageing of the world population and increasing incidence of vascular risk factors, the prevalence of stroke and related burden are expected to rise. Although there has been in the last decade an increased use of treatment during ischemic acute stroke, such as thrombolysis (intravenous or intra-arterial) and implementation of stroke unit care, these are available to only a small portion of the population. Resources should be directed to improve primary and secondary prevention of stroke and improve rehabilitation.

From an anatomopathological perspective, strokes are divided into two main groups: ischemic and haemorrhagic. Approximately 80% of all strokes worldwide are ischemic in origin.5 These are due to the acute occlusion of an arterial vessel. Ischemic stroke is largely a preventable condition. Primary prevention of stroke is mainly related to vascular risk factor, early detection and treatment. Vascular risk factors include hypertension, diabetes mellitus, dyslipidaemia and atrial fibrillation. High blood pressure is a main risk factor that can be changed, and it is estimated that if kept under control, around 40% of strokes could be prevented.6

After stroke onset, time is a crucial factor in acute ischemic stroke treatment. The probability of a successful outcome is higher if the patient is treated within the first 90 minutes. Access to acute treatment depends on early recognition of warning signs, such as FAST (facial drooping, arm weakness, speech difficulties and time to call) by the patient, relative/proxy or paramedic and fast activation of the emergency medical services with priority transport to a hospital.

If the patient is admitted within the first 4.5 hours after stroke onset and there are no contraindications, thrombolysis with intravenous alteplase should be performed.7 The stroke unit is vital for patient treatment, evaluation, prevention of complications and initial rehabilitation. Rehabilitation and patient reintegration in society are key points to a successful outcome.

A large body of research links early intervention to measurable health gains, such as improved survival rates, reduced complications, and lower treatment costs. However, effective implementation of early diagnosis and treatment varies widely across health systems and many European countries lag behind (with clinical practice variations even within countries). The Value of Treatment case study on stroke will address this.

Every step of the patient trajectory from the onset of symptoms to the start of treatment should be optimised in order to decrease the loss of time.

An illustration of the European Brain Council approach, and one of the VoT case studies, is acute stroke care. Intravenous thrombolysis (IVT) with recombinant tissue plasminogen activator (rt-PA) is one of very few effective treatments for acute ischemic stroke. In most centres, however, only a small proportion (2%–7%) of patients with ischemic stroke receive this treatment. The most important factor limiting IVT administration is time: It has to be administered within 4.5 hrs of symptom onset. Even within that window, reducing ‘time-to-needle’ (the time between symptom onset and IVT administration) can improve functionality and reduce complications for the patient.

The clinical benefit from IVT declines rapidly, however. Time is brain, and every minute counts: 8,9

Put simply, a shorter delay from symptom to IVT (the so-called symptom-to-needle time) can make the difference between being independent and being dependent.

Reducing the symptom-to-needle time is vital. Most time is lost in the prehospital period (patients waiting before they seek medical attention). Unfortunately, awareness campaigns have been found to have limited impact in addressing this.

Inside the hospital, the focus should be on decreasing the time from arrival to IVT administration – the so-called “door-to-needle time” (DNT). In most countries, national guidelines recommend that the DNT should not exceed 60 minutes. However, 15 years after IVT was proven to be clinically effective, in most institutions, the DNT is still more than 60 minutes for the majority of patients.

Reducing DNT will also increase the proportion of patients eligible for IVT, because more patients can be treated within the 4.5-hour time window.

The EBC Value of Treatment (VoT) Project (2016 – 2017) aims to provide evidence-based and cost-effective policy recommendations for a more patient-centred and a seamless care model for brain disorders including stroke (‘patient-centredness’ refers to shared clinical decision making). These recommendations will be released in the project’s closing conference under the auspices of the EU Maltese Presidency to be held on 22 June 2017.

The benefits of best practice interventions will be compared with the current standard of care or, where appropriate, non-treatment. The comparisons will take into account the cost of burdens (including socio-economic costs) in order to assess value.

EBC organised a workshop on 25 January at the European Parliament to highlight the importance of screening for atrial fibrillation (AF). One in 4 middle-aged adults in Europe will develop AF11, a condition which limits the amount of blood the atrium can release into the ventricles. Some people with AF experience symptoms including tiredness, palpitations, difficulty breathing, chest tightness and sleeping difficulties. But 30% of people with AF will not have symptoms. If blood is pooling in the atrium, that blood is more likely to clot, so people with AF have a greater risk of stroke. If patients take anti-coagulant treatment (OAC), the risk of ischemic stroke (caused by clots) reduces by up to 70%12.

The workshops key aim was to bring together sand recognise the social and economic burden of stroke. The direct costs of AF will increase if it is not prevented and treated before it progresses to further damage health. Speakers at the workshop included cardiologists, neurologists and a stroke survivor to discuss improving public awareness of AF.

11 2016 ESC Guidelines for the management of atrial fibrillation developed in collaboration with EACTS.