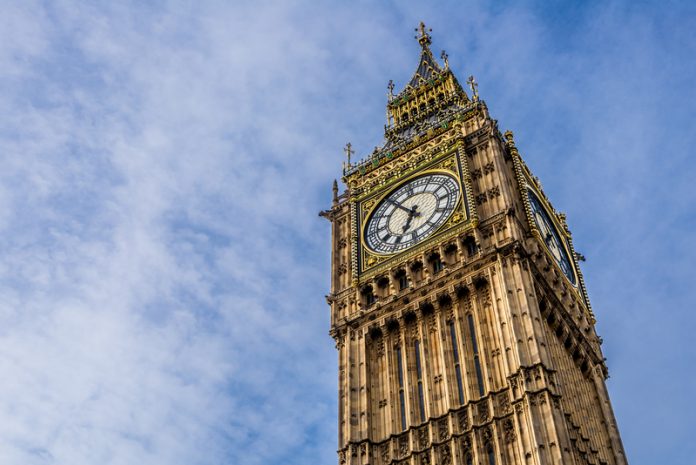 Julian Francis, Director of Policy and External Affairs at ACE discusses what should be expected from the upcoming Autumn Statement and its impact on infrastructure investment…

Westminster is in full swing following the recess and political turmoil of the last few months. As such, we are beginning to get a glimpse of a new political landscape as the mist settles following the EU referendum. It is becoming clear that the landscape has changed so much that our industry needs to prepare itself – as many in the industry may not recognise this new world.

The best insights as to what this new political reality will look like emerged during the Economic Affairs Committee’s questioning of Philip Hammond. We were told straight away that the Autumn Statement would be given on the 23 November, with the outline of governmental fiscal thinking based on a series of industry round tables taking place over the next couple of weeks. It is widely believed that this statement will not be a rehash of the previous statements by George Osborne but will mark a divergence from previous government policy. Hammond has quickly confirmed this, with strict fiscal discipline and the cutting of the deficit to achieve a surplus by the end of the Parliament being just two of the policies that will fall by the wayside.

When pushed on this, Hammond stated that although a fiscal surplus was an important part of overall governmental thinking some flexibility may be needed. When subsequently challenged on the need for a surplus given the state of UK infrastructure and the low cost of borrowing, the Chancellor highlighted that growth was the key, for him, rather than deficit reduction. Although the UK could not remain ‘cavalier’ about debt levels, he stated, debt would continue to rise regardless unless there was significant growth in the UK economy.

Clearly, this Chancellor will make his spending decisions based on the potential of spending to produce growth.
This led very quickly into a ground -breaking announcement that must be fully understood by everyone who is involved in the built and natural environment. Hammond informed the committee that the Government had the opportunity to reset fiscal policy, particularly by eliminating the 2020 surplus target. In place of this target, he would outline a new fiscal rule. Although he refused to outline what this fiscal rule would be ahead of the Autumn Statement, he did echo Mark Carney’s comments that ‘further ammunition’ was needed in terms of monetary policy. In the Governor’s view monetary and fiscal policy needed to function more effectively together to respond to the post-referendum reality.

For this reassessment of governmental economic policy, infrastructure and house building would play an important part, with hints given that the Autumn Statement would contain substantial announcements on infrastructure investment. Outlining his views further, Hammond explained: “I would hope that in designing a new fiscal stimulus, a sensible chancellor would seek to do as much as possible through investment that will not only deliver short-term demand stimulus but will also address long-term, structural problems in the economy.”
What this means in reality, is that the Chancellor has set a two-part test to determine the viability of any new infrastructure investment.

Do the projects provide short-term demand and does it address economic structural problems by improved productivity and growth rates?

If the project does not meet both of these conditions, it seems likely that the project will not go ahead.
Hammond highlighted this by looking at big strategic projects such as HS2, Hinkley Point, and Heathrow by stating that, although they could have a role to play, they were “unlikely to ever be able to contribute to a fiscal stimulus because of the timelines involved.”

This statement did cause some alarm amongst MPs and Peers, to the extent that when questioned on the future of HS2 phase 2a on Monday, Andrew Jones MP- Minister for Transport- had to confirm that the government was fully committed to HS2 and wanted to bring phase 2a to completion six years early.

Though it is often not what is said as much as what is not said that really counts. HS2 is now so far along that the government could not realistically pull out without causing a major crisis for itself but nothing had yet been said about Heathrow or Hinkley. While Hinkley has since been announced, it is important to note that when pushed by the committee on Heathrow and Hinkley the Chancellor was equivocal on stating that announcements on these projects would be made soon.

Rather than backing large set piece infrastructure projects, the Chancellor sees more gain for UK plc in more moderate and rapidly-deliverable projects in the road and rail sectors. This will mark a considerable change in governmental thinking on infrastructure development and investment and our industry must be ready to respond.

Key to this new landscape will be the new industrial strategy that will be focused on improving the UK’s productivity both internally with regards to London and the rest of the country and externally with other leading economies. The basis of government thinking for this strategy will be the ‘Northern Powerhouse’ but it is intended to go much further and address all regions of the UK with the aim of creating more intergraded labour and goods markets. Projects that show how they can achieve this will be welcomed by the government.

Hammond went on to state that the National Infrastructure Commission could play a role in the industrial strategy but that he was not yet convinced of the need for the commission to be placed on a statutory footing. It is clear that the NIC will now be a subsidiary body to the industrial strategy and that any new National Infrastructure Delivery Plan will have to meet the objectives laid out in that strategy.

What all this means is that the Autumn Statement is going to announce a fundamental readjustment of governmental thinking with regards to fiscal and investment policy that will challenge the current assumptions of our industry. Firms that wish to thrive in this new environment are going to have to take note of the new fiscal rule and its two requirements by recognising that smaller projects may be preferred by the government to large scale projects.

The mist covering the new political landscape is beginning to lift and soon we will be able to make out the new geographical features. We are bound to get a further glimpse of the scenery with the Chancellor’s conference speech but make no mistake the overall lay of the land will be very different to what we thought it was just five short a month ago.