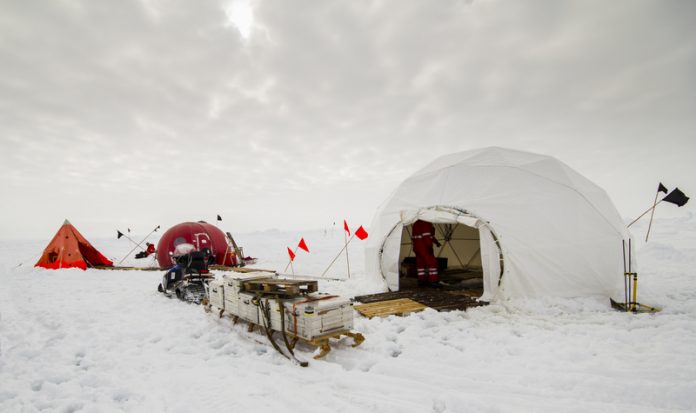 The National Science Foundation (NSF) is an independent federal agency in the United States – that supports fundamental research and education – across science and engineering fields. This article will focus on the work of The Office of Polar Programs (OPP), within the NSF which exists to promote innovative and creative scientific research, engineering and education in and about the polar regions.

OPP exists to provide access to the polar regions and to support both research and education in the field, ranging from core discipline to systems levels. In addition, STEM (the academic disciplines of science, technology, engineering and mathematics) engagement and workforce development (education & people) are integrated into OPP’s portfolio, as they endeavour to carry out their responsibilities in both a sustainable and collaborative fashion, working with a wide range of partners. These include native Arctic communities and Alaskan residents, as well as local, state, federal and international educational and research institutions and agencies.

In news from earlier this year, we learn that polar glaciers may be home to the previously undiscovered carbon cycle. According to a new paper published by NSF supported researchers, it is argued that “the cycle could become a significant global source of carbon, as temperatures rise worldwide and microbial activity increases” (1).

An international team of researchers from the United States, Germany and Sweden revealed these fascinating results in the online journal, Nature Geoscience. This article revealed that microbes present in streams flowing on the surface of glaciers in both the Arctic and Antarctic – might represent a previously underestimated source of organic material and be part of a yet undiscovered “dynamic local carbon cycle.”

Scientists previously thought that carbon released into polar streams by glaciers emanated from ancient organic material locked in the ice, or from other sources around the world. In the new study, however, the researchers discovered that most of the carbon in the stream was produced by bacteria photosynthesizing, which means producing food from sunlight, rather than ancient carbon. In addition, the research could indicate that as global temperatures increase, so too might the microbial output of carbon.

The authors add that while individual glacial streams could harbour relatively small amounts of carbon, they are important globally due to both their sheer mass and surface area. Around 11% of the Earth’s surface is covered in ice, and as such, the polar glacial streams “represent an important component of the global carbon cycle,” the author’s comment.

Christine Foreman, a researcher at Montana State University and an author of the paper remarks that because the carbon is easily broken down by the organisms, “it is believed that the impact of this material on downstream ecosystems will be amplified.”

The researchers call for additional studies, “to refine the picture of whether the balance of carbon produced by glaciers is weighted more to the release of ancient carbon or the production by microorganisms.”

One final point to highlight is that out of a national network of 28 LTER sites, NSF lends it support to two sites in Antarctica: McMurdo Dry Valleys and Palmer Antarctica. Through the work of OPP, NSF also manages the U.S. Antarctic Program, which basically co-ordinates all U.S. research on the southernmost continent.

Every year, the United States deploys about 700 people to Antarctica for performing scientific research, plus around 2,500 people to maintain and operate year-round research stations and provide logistics. Such people include research teams from academia, industry and government, as well as military personnel and contractor employees. Scientific opportunities in Antarctica focus on many fascinating areas such as glaciology, terrestrial and marine biology, medical research, meteorology, earth and ocean sciences, as well as astronomy and atmospheric physics (2).