Home Open Access News Research & Innovation News Is 2018 the year we will see a cure for Thalassemia? 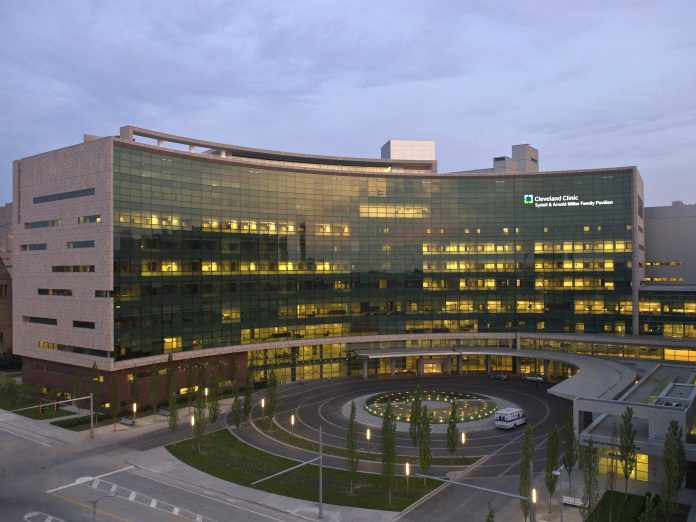 For World Thalassemia Day on May 8th, one leading expert in treating the debilitating genetic disorder believes 2018 could be the year everything changes. Dr. Rabi Hanna, M.D., a specialist in pediatric hematology, oncology, and blood and bone marrow transplantation at Cleveland Clinic in the United States, says a series of recent breakthroughs in gene therapy means a cure for thalassemia is now almost within reach.

Based on recently published research data, he says the cure may already exist.

“Gene therapy has held out the prospect of a cure for several years, with great steps forward being made in basic science, and now we are seeing the first research projects in this field emerge as workable treatments,” said Dr. Hanna.

“In recent months we have seen positive research data published from trials in human subjects, where gene therapy is working, where the results are lasting, and where feared side-effects are not materialising. I am hopeful that we can realistically look forward to seeing these move into a treatment setting in the foreseeable future.”

Thalassemia is an inherited disease that causes abnormalities of the patient’s hemoglobin, the part of the red blood cells that transport oxygen. Its effects range from anaemia, causing tiredness and pale skin, through to bone problems and an enlarged spleen. Analysis of the global burden of thalassemia estimates that around 280 million people have the disease worldwide, including around 439,000 with a severe form of it, and it resulted in 16,800 deaths in 2015.

Thalassemia is most common in Middle Eastern, Mediterranean, South Asian and African populations, and is often included in pre-marriage genetic screening. The most common treatment for severe cases is regular blood transfusions to relieve the symptoms, which continue for life and have side-effects. The only cure currently available for thalassemia is a bone marrow transplant, which is only possible for a small proportion of patients.

Into this scenario, gene therapy is presenting several new possibilities, treating and even curing the disease by altering the pieces of genetic code that cause it.

In one current trial at six centers around world, patients with beta thalassemia had immature stem cells retrieved from their bone marrow. Researchers then isolated these in the laboratory and used a harmless virus to infect the cells with a copy of the normal globin gene. Chemotherapy cleared the patients’ marrow of the diseased genes, then the genetically altered cells were reintroduced into the bloodstream. The cells found their own way back into the bone marrow, where they matured into red blood cells producing healthy hemoglobin.

“It will take a little more time for these advances to become available as treatments, but we are clearly at the point where breakthroughs in research are translating into breakthroughs in treatment, and that offers real hope to many of the patients suffering from thalassemia today,” says Dr. Hanna.

Another promising technology now moving into human trials is CRISPR, or ‘clustered regularly interspaced short palindromic repeats’. CRISPR is a tool that can modify DNA sequences and alter the function of genes. Based on a defence mechanism found in bacteria, rather than displacing a diseased gene with a healthy one, CRISPR goes into the nucleus of the gene and cuts out the faulty DNA.

Biotech company CRISPR Therapeutics has recently gained European regulatory approval to use the gene-editing technology in a trial to treat thalassemia. Again, cells will be modified in the laboratory and the edited genes then reintroduced into the body via a blood transfusion. A separate program at Stanford University is proposing a trial for sickle cell disease – which has many similarities to thalassemia – that would make the genetic edits inside the body.

“The main treatment currently available, blood transfusion, is only a short-term solution, particularly for those with severe disease,” says Dr. Hanna. “Over time, the transfusions themselves cause health problems, with excess iron in the blood leading to heart and liver disease, infections, and osteoporosis, so morbidity increases from long-term treatment.

“Even if we reduce the number of transfusions needed to maintain a healthy count of red blood cells, that is a positive outcome for the patient. The idea that we have several new treatments on the horizon, not just one, will hopefully give us alternatives for cases where one approach is ineffective.”