“New Year, New Me” goes the famous saying, and as we progress through 2019, Brits are either staying true to their new year promises, or swiftly abandoning at the first hurdle. In fact, a study by MyJobQuote.co.uk has revealed that the most common resolution among Brits is ‘getting more exercise’ followed by ‘eating better/going on a diet’.

An inactive population is described by Sport England as doing less than 30 minutes per week of moderate intensity equivalent (MIE) physical activity. The data was collected over a one-year period, from May 2017 to May 2018. 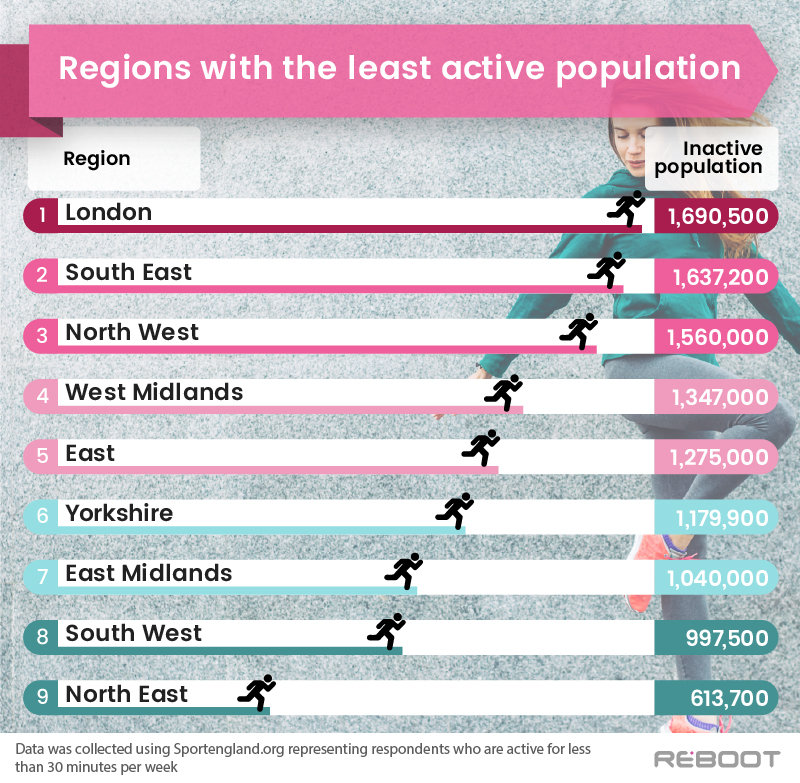 Golfsupport can reveal the English regions with the least active populations are:

The region with the highest number of inactive people in England has been found to be unsurprisingly London, with a whopping 1,69,500 inactive people in May 2017/18. Perhaps due to the hectic lifestyle, and sparsity of easily accessible green spaces. 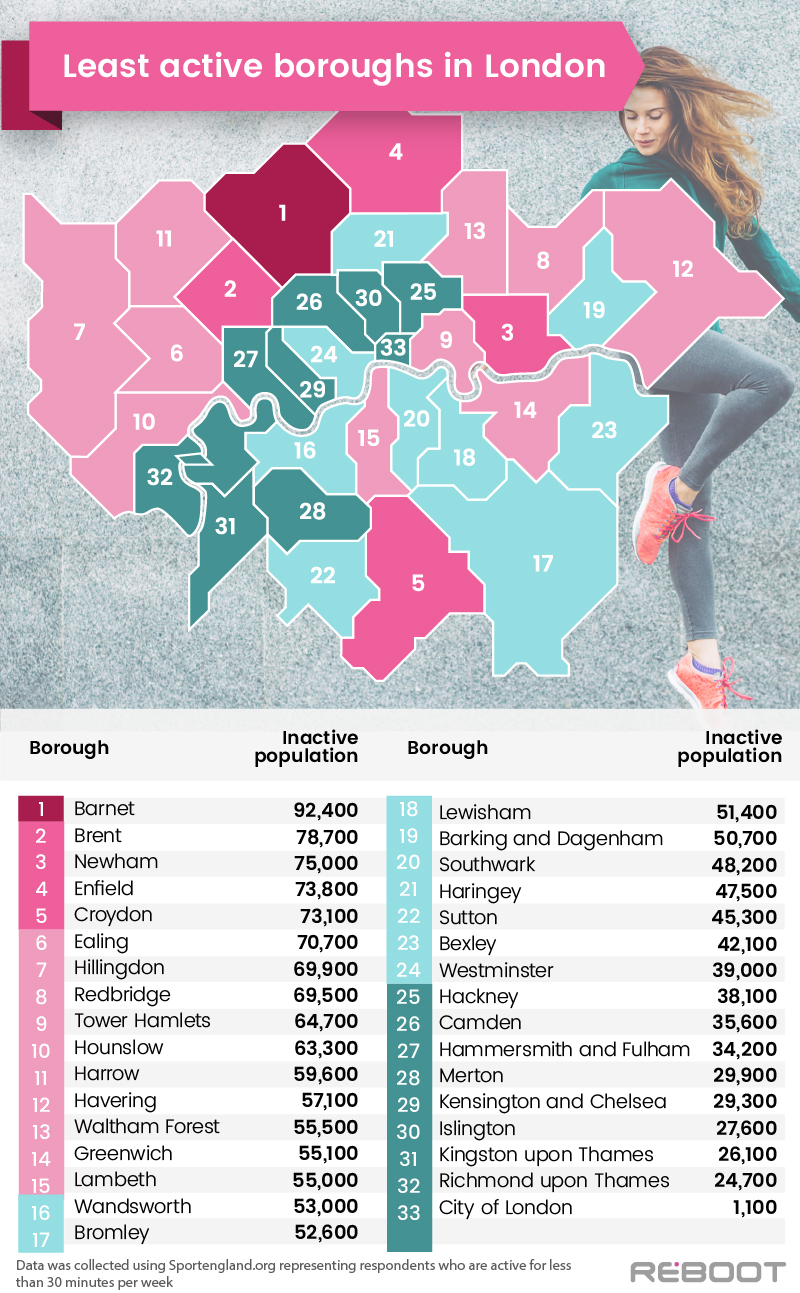 Golfsupport also broke down the data to reveal the boroughs in London considered “least active”. The five boroughs with the highest inactivity figures are as follows:

At the other end of the scale, the London boroughs with the lowest number of inactive people are: