Home Open Access News Government News The failures of the legal system in adopting a compassionate approach to...

The impact of sexual abuse should never be underestimated; this is something that must be considered when representing survivors of sexual abuse and assault. The destructive nature of such abuse means that a compassionate and understanding approach is always required. Survivors and their families suffer unimaginable trauma and distress. This often leads to mental health issues, such as post-traumatic stress disorder which, in turn, causes individuals to be severely disadvantaged experiencing high levels of ill-health, unemployment and poverty.

Life for an abused individual is often an uphill struggle and each survivor deals with what has happened in different ways. Some require justice and recognition for the crimes that were inflicted upon them. Survivors should be able to access fair justice and obtain redress for the abuse suffered. Those who have suffered at the hands of an abuser can often wait a considerable amount of time to obtain justice. Many are anxious to find a way forward and to attempt to rebuild their lives. Obtaining justice can be an important first step in this process and it is a step I would encourage.

Poor treatment by the legal system

In general, survivors of sexual and domestic abuse have been treated poorly by the UK justice system. This is not something I had ever given much thought to; I imagine most people give little thought to issues that have not blighted their own lives. Since I have represented survivors, my eyes have been opened to the battles they face. Failures towards survivors of abuse on behalf of the legal system is something I have increasingly encountered. These failings range from the initial police report right through to a court trial. Each step on the journey to justice can be littered with inadequacies and limited support for survivors. People have been let down and it is important to understand how this makes an individual feel when coupled with a mental health battle.

These failures can be significant to a survivor of abuse, they have often been abused by figures of authorities such as teachers, priests, parents, grandparents and sports coaches. The police and judicatory are seen as authoritative and failures by these bodies can lead to further mistrust towards authority figures. I have found that I have to slowly build trust with those that I represent.

Thankfully, the last few years have seen significant improvements in the handling of complaints made by survivors who want justice. Police are now more equipped and understanding when dealing with a report of sexual abuse. Recent years have seen a huge change, sexual abuse is more widely spoken about largely due to a shift in the media who regularly focus on the victim and celebrity-backed campaigns such as the #MeToo movement.

The length of time it takes for victims of abuse to speak out is also reducing, this is very encouraging and demonstrates how the opinion of the general public has changed. Abuse is no longer something that should remain in the dark and not be discussed. It was often the case that those who had suffered at the hands of an abuser remain silent, often through a fear of not being believed, a belief that the police will not deal with a report, a lack of evidence or not wanting family and friends to know what had happened.

It is the case that not all survivors find it necessary to report sexual assault to the police to help them move forward. Some feel that the criminal justice system re-victimises them and forces the re-living of traumatic events. However, for many it is important to seek justice, those survivors should never be discouraged from doing so and they should be fully supported. Survivors need to be understood and the mental health issues they deal with day to day should always be fully recognised and considered.

Another avenue that survivors visit to obtain some sort of recognition and justice is a claim to the Criminal Injuries Compensation Authority (CICA). This is a government scheme that awards compensation to those who are injured as a result of a crime. I have dealt with many clients who have stated that an application to the CICA is not about financial compensation, it is simply about recognition.

The CICA is also responsible for failing survivors. Since 2012, hundreds of vulnerable people were refused compensation under the arbitrary ‘1979 rule’. This rule meant that those who were abused before 1 October 1979, who lived in the same household as their abuser, were not entitled to compensation. This served to further damage the fragile mental health of survivors. Imagine having your claim rejected due to an unreasonable rule buried within guidelines written by someone who has likely never experienced the horrors abuse and the mark that it scars into a lifetime. This rule has since been overturned and those who originally had their applications rejected are now being reconsidered.

Long delays, rejection, excessive preparation for appeals are common under the CICA scheme and outcomes are still uncertain, all of which place survivors under additional and undue stress. A fast track scheme has recently been introduced by CICA. However, this does not allow for independent medical evidence to be submitted in support of a mental health illness. The fast track route will rely on an individual’s medical records; however, it is often the case that no mention of mental health difficulties has ever been made to the GP. Therefore, an independent psychological assessment is important to ensure that the correct level of compensation is awarded.

The payment tariffs that CICA implement for mental health are complex. CICA often tries to award the lowest possible level of compensation. I have never met a survivor that has recovered from mental illness, it is something that is permanent, and will be carried throughout their lives. An adequate medical assessment can make a huge difference in ensuring that CICA applies the relevant tariff to a mental illness.

The world is changing, more support is available for survivors and the way they are treated is slowly evolving for the better. Society has a debt to those who have been abused, we must ensure that access to justice is as easy as it possibly can be.

Representing survivors of sexual abuse can be challenging, but is ultimately very rewarding. Compassion and understanding go a long way. 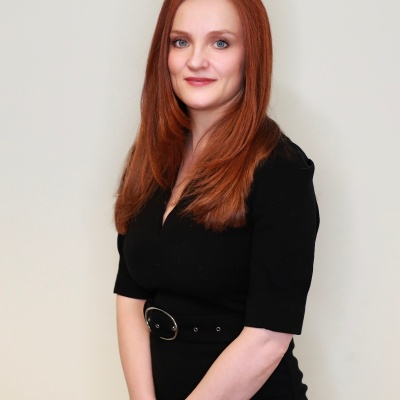