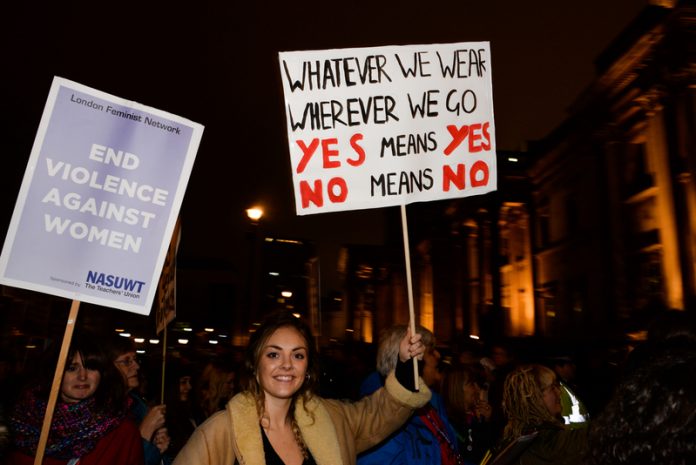 Ahead of International Women’s Day, the Home Office has published its refreshed violence against women and girls (VAWG) strategy in order to provide further support to victims and survivors of violent crime

The refreshed action plan, which was first launched in 2016, sets out new measures to help protect women and girls.

This includes a cross-sector, end-to-end review into how rape and sexual violence cases are handled across the criminal justice system.

Other policies among the 54 commitments being made are pledges to:

Minister for Crime, Safeguarding and Vulnerability and Minister for Women Victoria Atkins said: “Violence against women and girls strikes at the heart of our families, friendships and communities and it is our responsibility to bring light, justice and support to victims and survivors.

“It is right that in the week of International Women’s Day, we keep looking at how we can build on the excellent work done so far. Following campaigns such as #MeToo and #TimesUp that have highlighted the sheer scale of incidents, we, as a society, must do all we can to tackle these horrendous crimes and attitudes.”

Home Secretary Sajid Javid said: “Any incident of violence or abuse against a woman or girl is a cowardly act that will not be tolerated.

“We must do all we can, across government and society, to support victims and bring perpetrators to justice.”

The VAWG strategy is an ambitious programme of reform, which has been backed by £100 million of funding, in order to support victims, bring perpetrators to justice, and prevent these crimes happening in the first place.

A key commitment in the refresh is for the government to conduct a review of how the criminal justice system responds to rape and serious sexual offences.

The review will look at the entire criminal justice system – from police report to conviction or acquittal in court – and make recommendations for change to ensure that victims have the confidence that if they report their crimes, action will be taken.

The Ministry of Justice will be establishing a sub-group of the Criminal Justice Board which will oversee the review and inform the discussions of the Inter-Ministerial Group on Violence Against Women and Girls, as well as a stakeholder advisory group to closely involve victims’ groups will be created.

Victims Minister Edward Argar, said: “Victims of rape and sexual violence show immense bravery in coming forward – they must be protected and supported, and get the justice they deserve.

“To address victim concerns we will thoroughly review how the justice system deals with these cases – seeking views from charities and all those affected by these crimes.

“In addition, we have already nearly doubled funding for victim support services since 2013, as well as providing a 10% increase for specialist sexual abuse services.”

The refresh details the work the government has done since 2016 to transform the response to violence against women and girls. This includes:

Northumbria Police and Crime Commissioner Dame Vera Baird QC said: “I welcome the refreshed VAWG strategy and particularly the funding announced to back it. VAWG victims make up over half of high harm vulnerable and repeat victims in the criminal justice system and rarely emerge from it pleased with what has happened to them.

“I therefore particularly welcome the cross-sector end to end review of how rape and sexual offences are conducted, from reporting to police right through to the end of the court process. It’s a cause of worry that the number of sex offenders referred by police for prosecutions has dropped and the numbers prosecuted has fallen even more. This is all in the face of thousands of more serious sexual complaints.

“This mismatch is capable of robbing any victim of the confidence to report a sexual assault. Rapists are usually serial offenders and will continue until they are made to stop and so there is also a serious wider risk to public safety from this concern.”

Rachel Krys, Co-director of End Violence Against Women Coalition, said: “We are pleased to see that there will be a review of the criminal justice system’s response to rape and sexual offences. Despite a huge increase in the numbers of women reporting rape to the police over the last 5 years, there has been an alarming recent collapse in the rate of cases being charged.

“Women who report rape can be made to feel it is they who are under investigation and on trial and we need to turn this around. A close examination of every stage of the process is a good place to start. We are keen to work with the Criminal Justice Board, as it oversees this review, and help ensure that it ultimately increases women’s access to justice.”