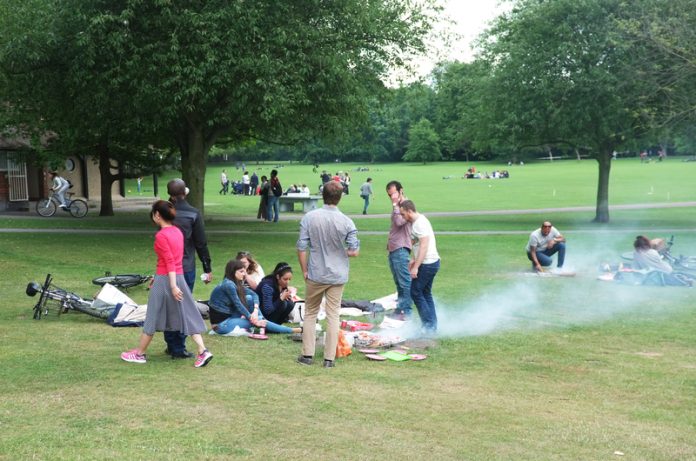 The civil society organisation 38 Degrees is coordinating people across the country and asking them to write to their local councils for information on how local parks and green spaces will be run in the face of budget cuts.

There are an estimated 27,000 public parks in the whole of Britain, none of which local authorities have a statutory duty to fund and maintain.

By finding out which areas may be at risk, 38 Degrees hope to be better prepared in the fight to protect free public access to parks and green spaces where necessary. Freedom of Information requests on financing for local green spaces and any discussions with private companies regarding use of and access to parks will also be submitted.

“Year after year, park budgets are being cut, but too often the people who actually use them know little about the plans,” claims Lorna Greenwood, campaign manager at 38 Degrees. “From fewer park rangers, to deals with big companies that mean local people have to pay to use their parks, parks around the country are at risk.

The Heritage Lottery Fund’s ‘State of the UK’s public parks’ report warned last year that local councils are reducing funding for public green spaces as a means of coping with budget cuts. Some have suggested that ‘monetising’ local parks – making people pay to use them – could be one way forward.

Others, including Dave Morris, chair of the National Federation of Parks and Green Spaces, and Landscape Institute president Merrick Denton-Thompson, believe the only way to halt the inevitable decline of underfunded public parks is to make their maintenance a statutory service, as AG reported.

An ongoing inquiry into public parks by the Communities and Local Government Committee is considering the situation, including alternative funding and management models. 170,000 members of 38 Degrees responded to the committee’s consultation.

“Last year our members gave evidence to the select committee inquiry into parks, representing the close to 400,000 people who want to see looking after parks become a statutory duty,” Greenwood added. “This investigation will add weight to our calls for greater legal protection for our parks.

“Parks aren’t just a nice to have; thousands of people from wheelchair users to young families say they are absolutely essential for health and wellbeing,” Greenwood said. “They’re part of our heritage. If we don’t act soon, future generations won’t be able to enjoy them like we can.”

You can still sign the petition to make protecting our parks a legal requirement.