Ulla Tapaninen, Maritime Economics and Logistics for the City of Helsinki, turns our thoughts to how in Finland, the shipbuilding market is undergoing some change in this fascinating maritime transport analysis

The shipbuilding market is a market of fluctuations. When there is an economic boom, the demand and supply of raw materials get higher; and there is more to transport. Consequently, the demand for certain types of vessels grows and order books of shipyards get longer – and the prices of the new buildings increase. When the economy turns and demand decreases, suddenly there are too many vessels on the market and ships under construction are delayed or even cancelled. Consequently, there are lots of used vessels in the market at a much lower price, while older ones are scrapped.

Sometimes, the coming economic peaks and troughs are easy to predict. For example, the timing of the ripen­ing of some fruits and grains and the decrease of production that regularly takes place during the summer months. Additionally, when there is a global economic upturn, it is only a matter of time until the next downturn, which will have its influence on shipbuilding as well. 10 years ago, in 2009, when the global economy crashed, the demand for dry bulk carriers suddenly stopped, and prices of dry bulk vessels dropped and many older vessels were scrapped. Similarly, when the new Panama canal was opened in 2016, the Panamax vessels, those that were the largest that could pass the old canal, were suddenly replaced by newer tonnage, and there was a sudden overcapacity of old Panamaxes.

This competition led to overcapacity of container vessels and to a situation where older but far smaller vessels were no longer competitive in the market. This led to the unexpected bankruptcy of Hanjin Shipping in 2016. While European shipping liners could operate their own big container ships, Hanjin did not own container ships. Therefore, Hanjin chartered big container vessels to maintain their shipping alliance position and to service shipping networks. Consequently, the firm suffered from their high charter rate with long duration, in the depressed container shipping market, which led to its bankruptcy in 2016.

How has coronavirus affected the shipbuilding market?

In spring 2020, the coronavirus crisis has also affected the shipbuilding market. The virus had a devastating effect on the cruise business, and cruise newbuilding has been delayed and some may also be cancelled. The full effect on shipyards will be seen when this crisis is over.

Another interesting phenomenon occurred when the consumption of oil dropped worldwide due to the global pandemic. Surprisingly, the prices of oil tankers rose very rapidly, multiplying dozens and even hundreds of times in value, depending on the size of the vessel and route. The reason for this strange phenomenon was that oil production had not decreased. Therefore, all the large oil tankers were used for storage and there were too few carriers on the service.

The coronavirus crisis will be over sooner or later, but the fluctuations and changes in the maritime market will remain. A phenomenon that will change the market fundamentally during the next few years is greenhouse gases. In 2018, IMO adopted an initial strategy concerning the reduction of GHG emissions from international shipping by at least 50% by 2050 compared to 2008.

It is not yet known how the vision will be achieved. There will be changes in the propulsion technique, source of energy and materials used. Solar power, wind, hydrogen, and ammonium are on the drawing board. Light-weight catamarans based on new materials are being studied. Slow steaming, reducing the speed of the vessels, is also under discussion.

In any case, the reduction of energy consumption and greenhouse gases will have a major effect on the design of future vessels. One can predict that in 10 years the whole industry will be transformed. The impact will bigger on vessels that have the fastest cruising speed, namely ferries. This may have an effect on whole ro-ro business and passenger – car ferries and their transport flows, for example, between the UK and the continent. This should be taken into account in strategies of ports and shipping companies and shipyards. 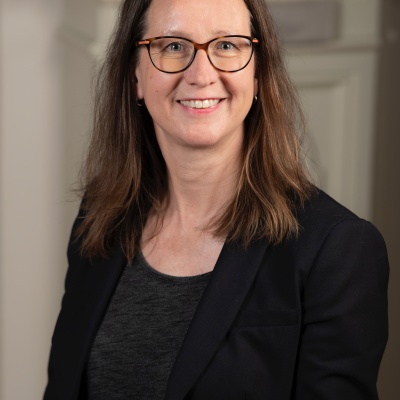