In recent years, ongoing medical research into the use of CBD (cannabidiol, a non-psychoactive compound found in the flower of the cannabis plant), for the treatment of conditions, such as epilepsy, stress, arthritis and Alzheimer’s disease, has become more widely publicised. This has, at least partly, contributed to the notable change in consumer perception of CBD and CBD-based products. Consumers have become more aware of the potential health benefits associated with CBD-based products and the distinction between CBD and other cannabis extracts, such as THC (tetrahydrocannabinol), which induce a ‘high’ upon consumption and so the demand for CBD-based products continues to rise.

It has been predicted that the value of the global legal cannabis market is expected to reach $66.3 billion by the end of 2025 (reported by Grand View Research, Inc.) and so it is no surprise that medical manufacturing companies have committed more funding into the research of new CBD-based drugs. In addition, the relaxation of legislation surrounding the use of CBD-based products in many countries has surely incentivised further research and innovation in this field.

Successful companies know that in order to secure a competitive advantage in rapidly developing markets, early protection of intellectual property (IP) rights is essential. However, as this market is fairly new, there is still some uncertainty as to how different patent systems across the world will approach the assessment of, for example, novelty and inventive step for CBD-based products, extraction methods and their uses.

Is it possible to obtain patent protection for a naturally occurring compound?

Also, at least under European practice, if a naturally occurring compound can be shown to have a specific technical effect, this compound may be patentable for particular use as a result of that effect. For example, the use of CBD or a medicament comprising CBD in the treatment of new diseases/ailments.

As with all patent applications, the applicant would still need to demonstrate that the claimed invention is novel and inventive in view of the prior art, as well as being industrially applicable.

As cannabis-based products were, until recently, illegal in most countries, there appear to be far fewer publicly available disclosures on methods of producing cannabis-/CBD-based products, compared to other types of medicinal compounds or food and drink products, enabling those quickest off the mark to obtain broad protection. However, as cannabis has been used for thousands of years in medicine and textiles, the validity of the broadest patent claims on file may be uncertain in view of this prior use.

“A liquid cannabinoid formulation, wherein at least 95% of the total cannabinoids is cannabidiol (CBD)”.

In response, Pure Hemp filed an Early Motion for Partial Summary Judgement, arguing that the asserted claims of U.S. Patent No. 9,730,911 were invalid.

The arguments presented by United Cannabis as to the validity of the claims were based on two main points, (i) the liquid formulation itself, was purported as being novel; and (ii) alleged “markedly different physiological characteristics” of the liquid. However, the Court was able to form a decision based on the first point alone.

In the decision by Judge Martinez, it was set out that: “Pure Hemp has failed to establish beyond genuine dispute that a liquefied version of cannabinoids and related chemicals at the concentrations specified in the 911 Patent is anything like a natural phenomenon. It may be true, as Pure Hemp insists, that cannabinoids in nature can take the form of a resin; that a resin can be highly viscous; that a highly viscous substance may at times be considered a liquid; and therefore it is logically possible that cannabinoids in nature might appear in a form that could, in some sense, be deemed a “liquid.”…Even accepting as much, the 911 Patent specifies threshold concentrations of cannabinoids and related chemicals. Pure Hemp nowhere claims that these precise concentrations, or anything close to them, occur in liquid form in nature.”

Whilst this case provides some certainty on patentable subject-matter in the U.S., it is not clear that the same approach would be followed in other countries. Indeed, under European practice, a known compound is not considered novel purely on the basis of the compound being provided in a purified form, as long as the degree of purity can be achieved by conventional means. In this way, the above claim may not be considered novel over any previous methods of extracting CBD (regardless of how effective these methods are).

Although the use of cannabis-based products for medical purposes is legal in many U.S. states, to date, the U.S. Food and Drug Administration (FDA) has only approved one CBD-based drug, Epidiolex, for treating a rare, severe form of epilepsy. It has been reported that further drugs have not yet been approved due to the limited information available about CBD, including about its effects on the body.

Similarly, in the UK only two CBD-based drugs have been awarded approval by the Medicines and Healthcare Products Regulatory Agency (MHRA) – Epidiolex and Sativex (which is a mouth spray that contains a mixture of THC and CBD for treating muscle stiffness and spasms in patients with multiple sclerosis).

The House of Commons Health and Social Care Committee published a report on 18 June 2019 – “Drugs policy: medicinal cannabis – Sixteenth Report of Session 2017-19” discussing that whilst medicinal cannabis was changed from Schedule 1 to Schedule 2 of the Misuse of Drugs Regulation 2001 in November 2018, allowing specialist doctors to prescribe it and for products to be available for further research to be conducted, the committee believes that further robust clinical trials are necessary in order to test the efficacy and safety of such medical products before the approval of further drugs can be granted. 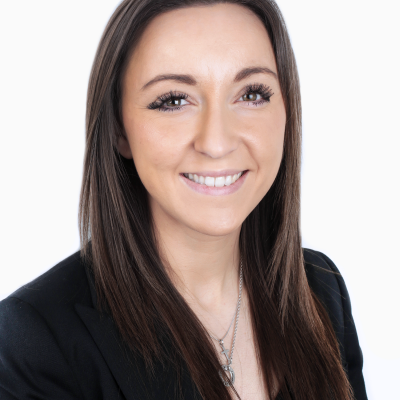