In this article, Dr Gerry Morrow shares his thoughts on the medical use of cannabinoids and marijuana

For many years’ exponents of cannabis as therapy have been searching for a disease to which their preferred drug is a cure.

In September 2019, the European Medicines Agency (EMA) approved and licensed a CBD medication called Epidyolex for use in two rare and intractable forms of epilepsy, Lennox-Gastaut syndrome and Dravet syndrome, estimated to affect up to 10,000 people in the UK. (1)

Despite the EMA endorsement, NICE initially rejected this use of cannabidiol in these groups. (2) The reasons for rejection included lack of longer follow-up, clinically implausible extrapolations of some of the evidence and the validity of the manufacturers economic model. The appraisal committee did, however, accept that there was a reduction of drop seizures of approximately 27% in patients suffering from Lennox-Gastaut syndrome and Dravet syndrome, treated with a combination of clonazepam and Epidyolex. As a result, NICE then reversed this decision and allowed a license to prescribe this medication which is restricted to a narrow cohort of patients, as third-line after other medications have been tried and failed and limited to specialists in the field of neurology (3). This latter criterion presumably to manage some of the potential adverse effects, which worryingly included 6% of patients suffering status epilepticus. (4)

However, despite a plethora of research analysing the potential of CBD as a therapy, there is very limited positive news for proponents. It has previously been proposed as a potential treatment for Parkinson’s disease, post-herpetic neuralgia, opiate addiction, chronic pain and depression. The evidence does not support its use in any of these conditions. There is, however, some evidence of the benefits of CBD for people with intractable chemotherapy-induced nausea and vomiting and muscle spasticity in people with multiple sclerosis. (5)

The lack of evidence has not prevented vendors for making outlandish claims of the efficacy of their own special brand of CBD nostrum. A variety of concentrations, purity, provenance and styles has found their way into mainstream health food shops, other high street outlets and online, each claiming to be better than the next and a panacea for all modern ill. (6)

In addition to the explosion of CBD availability, peddlers of medical marijuana have found this the ideal opportunity to jump on the lack-of-evidence bandwagon, conflating the limited EMA CBD licensing with a message that marijuana is now ‘approved’ by the medical establishment. Suffice to say, that the evidence for clinical benefits of marijuana and THC have been even less compelling. This combined with a panoply of adverse effects which include tolerance, nausea, anxiety, tachycardia, interference with cognitive development in children, and increased risk of schizoaffective disorders (which persists for over a year after cessation of THC intake) has not made for happy reading for the medical cannabis lobby. (7&8)

We as humans are susceptible to the placebo effect when we take medication. We are also especially vulnerable to seeking therapy for conditions, which we previously believed untreatable. It is always tempting to seek the latest silver-bullet cure for hard to treat illnesses. Where parents are (entirely reasonably) desperate to assist their sick child, we can all understand their hope that the latest medication is ‘the one’ and that they will do anything to provide their child with every hope of the best treatment.

However, we should temper our enthusiasm with the likely false hope and disappointment that this may bring, especially if the drug in question is provided at a great cost either financial, personal or both. If we also factor in the possibility of charlatanism in a wholly unregulated marketplace, this is not the simplest or most positive narrative for patients or carers.

We should be mindful of that fact that it is a dull truth that medicine progresses using the scientific method of experimentation, failure, questioning, improvement and conclusion. This is not always a seamless and speedy journey, particularly for those who are waiting for a resolution to their own personal disease experience.

Cannabidiol (CBD) extracted accurately in a medicinal format may provide a benefit for some people with intractable epileptic seizures, with the possibility of limited risk of adverse effects.

Marijuana (THC) appears to be harmful for users, and it is difficult to add the prefix ‘medical’ without a jolt of realisation that this is clearly not a therapy, despite the anecdotal stories which abound.

Any other narratives presented to the public are subject to bias and likely to be based on an agenda of commercial imperative or a world view which is skewed to being cannabis-centric. 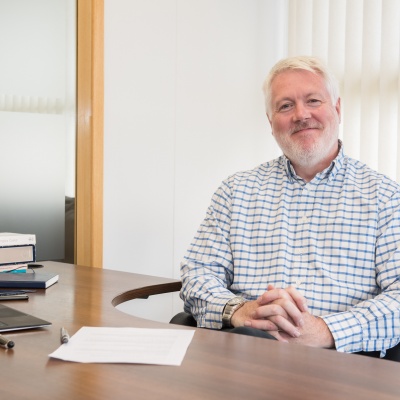