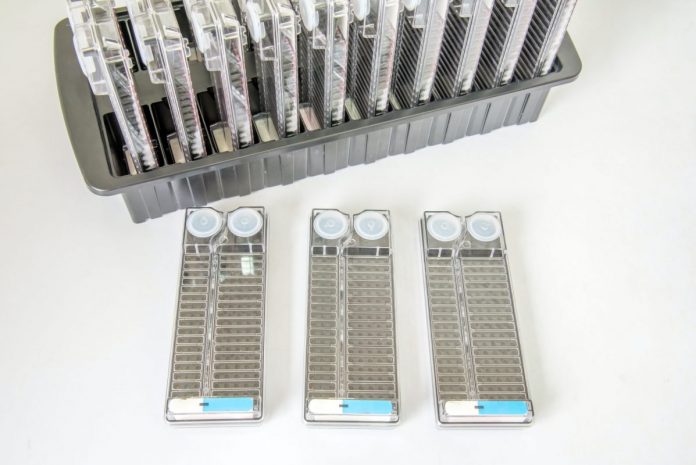 Antibiotic resistance is becoming a global problem and here in part 2 of an interview with AG, Professor Alan Johnson, Head of the Department of Healthcare-Associated Infection and Antimicrobial Resistance at Public Health England, details how it is monitored in the UK and the challenges it can cause in clinical settings…

Antibiotics are key to treating many bacterial infections; however, bacteria have found ways to adapt to some antibiotics and survive their effects. This phenomenon, which is known as antibiotic resistance, is a worldwide problem affecting not only the healthcare sector but also agriculture and food production.

Antibiotic resistance is a concern for patients in all areas of healthcare including the community and acute settings. Inappropriate use of antibiotics, which is a major contributor to their over use, is a known driver of antibiotic resistance. If patients are exposed to antibiotics, bacteria in or on their bodies may become resistant, resulting in the patients becoming what is referred to as colonised with the bacteria. Many colonised patients remain asymptomatic and are probably unaware they are carrying antibiotic-resistant bacteria. However, colonisation with resistant bacteria is concerning as someone colonised (if suffering from an infection or not) can pass the resistant bacteria on to other individuals.

With few new antibiotics being developed, it is becoming increasingly difficult to treat bacterial infections that are resistant to antibiotics. Public Health England (PHE) leads a surveillance programme which helps to identify both which types of bacteria are becoming resistant and the types of antibiotics involved. Collecting this information is important as it can help doctors choose which antibiotics to use when treating patients with infections.

In the previous edition of AG, Professor Alan Johnson from PHE talked about Healthcare Associated Infections (HCAIs) and how PHE is working with the healthcare system to reduce them and tackle antibiotic resistance.

How important is infection prevention and control in tackling antibiotic resistance?

It is critical to maintain high levels of infection prevention and control, particularly in light of increasing levels of antibiotic resistance. Antimicrobial resistance, or AMR as we call it, is not a new problem; bacteria have been developing resistance to antibiotics since they were first developed, which was around 70 years ago. The way we dealt with the problem over the years was that as bacteria developed resistance to existing antibiotics, new antibiotics were developed that could be used to treat resistant infections.

What is different now is that the pipeline for the development of new antibiotics is at an all-time low, which means that using the next ‘new’ antibiotic may not be a viable option in the immediate future. As a result, we must focus on trying to cut out unnecessary and overuse of our existing antibiotics. Ensuring high levels of infection prevention and control is therefore a major priority, as the more infections we can prevent, the fewer antibiotics we use.

How is AMR being monitored in the UK?

As I mentioned previously, PHE collects data from hospital microbiology laboratories across the country, as part of our national surveillance programme for HCAIs. In addition, we collect results on antibiotic susceptibility tests. This means that when a microbiology lab isolates bacteria from patients, they test them and record whether they are resistant to antibiotics, and if so, which ones. PHE collates this data nationally, monitoring trends over time. PHE uses this database to inform hospitals which antibiotics remain active and which are less active as part of national guidelines on treating infections in hospital settings.

When a patient presents with an infection to their doctor it is usually initially diagnosed on clinical grounds. In terms of the probable cause of the infection, the doctor will look at the history of the patient and assess their signs and symptoms to establish what microorganism they think is most likely to be causing it. Once the doctor has an idea of the type of bacteria likely to be involved, they then have to make a decision as to which antibiotic is likely to work. We call this empirical prescribing, as when a patient first presents with signs of infection, the doctor will not have any lab results available and will have to rely on their medical experience and judgement to decide on the most likely cause. After the initial diagnosis, laboratory tests may be undertaken on specimens taken from the patient and then the doctor will get conclusive results on the cause of an infection. Treatment can then be amended if needed. Unfortunately the results of these tests currently may take a couple of days, so by collecting data and making it available to healthcare professionals we can help increase the likelihood that a doctor will make a sound clinical judgement on which antibiotics to use. This is why our work in communicating information as to which antibiotics have a high level of resistance is so important.

Is there a problem with taking antibiotics regularly?

The human body has got millions of bacteria inside it; for example, the contents of the intestine are made up predominantly of bacteria, and there are also bacteria that grow in the throat, the genital tract and on the skin. Any time you take a course of antibiotics the bacteria normally found in the body and which are not causing any harm can adapt and develop resistance to those antibiotics. Problems may arise, however, should these usually harmless bacteria go on, for a range of reasons, to cause an infection.

A patient taking lots of antibiotics who then develops an infection caused by their own (previously harmless) bacterial flora, will therefore, have an increased chance of that infection being resistant. This is because the bacteria in the body have already been exposed to antibiotics.

Are there infections that are proving more resistant from the data PHE collects?

In terms of infections, the biggest challenges tend to be seen in clinical environments where we use the most antibiotics, such as intensive care units (ICUs). This is where you have patients who are critically ill and are subject to a lot of invasive procedures which can increase the risk of getting infections. Patients in ICUs therefore need a lot of antibiotics, but the high usage means this group often experience higher rates of resistance. In this sense, the problem is part of a vicious cycle of events. If we are unable to effectively tackle antibiotic resistance and it continues to get worse, the ICU is an example of a setting where the development of resistant infections would be of critical importance.

Are we getting to a point where there are infections resistant to all antibiotics?

At the moment we have a group of powerful antibiotics called carbapenems, often referred to by the media as our antibiotics of last resort. We reserve these for patients with serious infections. Globally there is a problem with increasing resistance to carbapenems. Currently, in the UK the surveillance data says that for blood stream infections caused by common bacteria, the carbapenems still work in the majority of cases. However, there are signs that things might be starting to change and we need to monitor this very carefully. Continuing our surveillance is critical; some other parts of the world have seen big increases in resistance to carbapenems over relatively short periods of time.

Italy, for example, went from not having a problem with carbapenem resistance to having quite a severe problem in about three years. Monitoring what is happening in other countries is clearly important; it can provide a warning and remind us that there is no room for complacency.

Head of the Department of Healthcare-Associated Infection and Antimicrobial Resistance