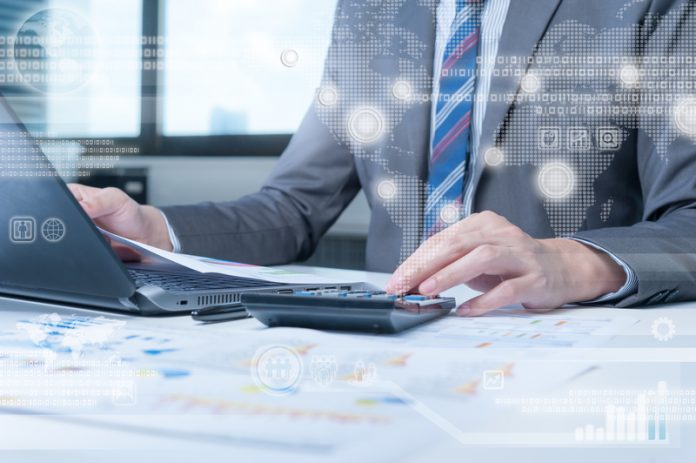 Michael Bowyer, Director at Industry Association, Innopsis looks at how technology in the public sector is changing and the benefits to be had

The public sector is facing the biggest changes in the history of information technology. From computing to networking and secure storage, the technology traditionally has required fixed, inflexible hardware environments. Server virtualisation was the first step towards changing that model, offering new flexibility for using computing resources more efficiently. Virtualisation in the data centre for workload mobility brought efficient resource utilisation and high availability and helped to drive down cost and those benefits are now being realised by the public sector with increased competition by service providers to maintain revenues. The same can be said for the contracts and services that deliver connectivity to sites, the wide area network (WAN). The question today is how relevant a WAN is, and what should the public sector do next.

Many of the largest infrastructure contracts have been extended to the maximum term combined with a genuine desire to create market opportunity using disaggregation of the supply chain as a key strategy. We are already seeing the next generation of major infrastructure programmes (many in planning) with programmes in Devolved Governments Super Councils and even with Crown Departments such as HMRC, DWP, MoD and the largest of all today Health (the requirements for Social Care Network (HSCN)) to name but a few.

We are seeing a major shift towards cloud computing for public and private cloud applications, it’s clear that the networks deployed must also keep pace with requirements for faster, more flexible connectivity availability to the smallest location, whilst secure, and finally the ever-increasing demand to meet budgetary constraints and new commercial contract requirements (shorter term) which for many suppliers will become very apparent in the next two years.

Traditionally wide area networks (WANs) and to an extent the Public Services Network (PSN) connectivity as deployed was built around data centres. The “Authority” typically purchased an MPLS service (for example a PSN connectivity solution) from a quality proven carrier. The carrier (or sometimes service provider) then managed all the complexity of building a large-scale WAN.

As the public sector starts looking more towards the cloud both public and private for a range of applications, the most important change required from the network is flexibility. The cloud is about on-demand service, elasticity, and ubiquitous access. It’s my experience with PSN providers that such flexibility using an MPLS based solution can be costly to deploy or to manage. So, either our network vendors start cutting significant costs (over and above the circa 20% saving in the last two years) and improve automation to enable on the fly changes to the network using simple tools, or the PSN needs an alternative approach to drive commercial operational and innovation behaviour.

Those that helped create the PSN standards who invested in this market should feel justifiably proud that the PSN has met many of the original objectives set by the Cabinet Office. Regardless of the elevator pitch of a network of networks many of the solutions deployed and used are delivered by only a handful of suppliers (less if you consider wholesale arrangements for connectivity and or the GCN aspects). It is a simple fact that the vibrant market place envisaged of twenty plus suppliers has not been achieved… yet. This author does not advocate a rip and replaces the PSN or the traditional WAN, but rather the migration of the PSN to support a disaggregation supplier and connectivity model.

For the past 15 months, I have worked as the industry lead on the HSCN one such aspect being the Obligations Framework published for HSCN. The Obligations Framework helped replace many of the costly aspects for suppliers when delivering network connectivity, using best industry practice and with the disaggregation strategy at the forefront of design. Thus, creating a market for all network vendors to participate in. Better HSCN was proposed and agreed by a wider supplier community than the original PSN supplier community. Throughout the process, checks and balances and commercial impact on the end user over the standards proposed were ensured.

With changes in WAN policy being debated by Government Digital Service (GDS) and thought leadership becoming apparent GDS are suggesting networks need to meet the demand for elastic service with ubiquitous access. They have stated the capability of the Internet for the Authority (User) should be considered as part of their WAN strategy. I am suggesting now for the future large network procurements the user should be agnostic to the connectivity they consume provided the functionality is delivered and suppliers and users should be free to innovate, HSCN paves the way to achieve this but with structure and standards provided for service continuity. But with disaggregation use of any wider transport capability security, availability, quality of service and common gateways between suppliers will rightly is one of the biggest obstacles to overcome.

At a conference hosted by Innopsis this year, I outlined my vision (shared by many) for the next generation PSN which converts the traditional MPLS based PSN network into a network of standards that operate based on an industry agreed Obligations Framework. That the service should provide all types of cost effective connectivity, allowing the vendor to choose how the network functionality is provided. I suggested that each supplier created an interconnect at nominated carrier natural data centres (similar to HSCN but enhanced as this will include peering with the legacy PSN). My vision for the public sector WAN is this new network would provide the end user with a wider choice of connectivity solutions, the ability to meet changing demand and supports onward connectivity to cloud services from the peering interconnects providing onward savings for the user.

The ability to provide this functionality already exists with technology such as Software Defined Networks which also provides cost effective solutions to the issue of security over any connectivity. Today the PSN using MPLS struggles to offer cost effectively enhanced network security and if a user has more than 1,000 locations it can be technically challenging. In any new PSN or WAN a user should mandate the following: measurable reliability, real-time performance and adherence to government security policy.

A thought for you the reader, with the advent of the cloud, flexibility has become equally critical. Traditionally networks were built around physical topologies with policy and configuration set at every hop, every network element had to be configured when a policy change was required, from routers to switches to firewalls. This makes the network very rigid and can require multiple provisioning steps to make any change, in today’s market is that now acceptable? Cost effective IT is a trend that cannot be ignored or constrained by the network it requires the network (unless we are to witness a paradigm shift in current market conditions) towards overlays, where the physical topology of the network does not determine the traffic flow from the user to the application. Instead, virtual overlays you build based on policy define the traffic flow.

The PSN of the future created around an obligations framework and support for vendors to agree to meet those requirements will allow the end user (authority or its service provider) to build arbitrary virtual topologies based on application requirements, each line of business can have its own topology and even choice of network connectivity used. For example, financial applications should only connect to the data centre, so they can use a hub design, while voice should be fully meshed. Applications should have visibility to all circuits (MPLS, the Internet, and broadband), and based on SLA, the best path should be selected.

Today the public sector in the UK is consuming cloud applications at large scale. Cloud is the largest VPN we will build based on arbitrary connection points. We are solving the problem of user mobility with laptops, thin client devices smart phone and tablets. Now it’s time to solve the problem of work load mobility. Just like users, work load now can be provisioned at any location. Let’s make the PSN evolution be cost effective, competitive and open to all supplier secure, elastic, and extensible.