Home Open Access News Finance News How can we save the NHS Pension Scheme?

Gary Smith, chartered financial planner at Tilney, responds to the Government’s proposals to deal with the current crisis facing members of the NHS Pension Scheme

Whilst the proposals are welcome in that they recognise there is a problem that needs to be resolved, in my opinion they failed to address the reasons why this crisis has developed, and secondly how these could be addressed in an effective manner. In order to resolve this crisis, I would urge the Government to consider the following changes as part of their consultation programme.

This allowance was introduced in April 2016 and was designed to cover the cost of funding the Residence Nil Rate Band, which aimed to allow a couple to pass up to £1m of their assets to their family, free of inheritance tax. It reduces the standard Annual Allowance of £40,000, for those with total earnings above £150,000, with the allowance reduced by £1 for every £2 of income earned between £150,000 and £210,000.

For those earning £210,000 or more, the Annual Allowance drops by 75% to £10,000. The tapered allowance is overcomplicated, and difficult to calculate, as the definition of income includes, not only income from all sources which may be variable, but also employer pension contributions, and this is often overlooked when people try to assess if they will be impacted.

Furthermore, in the case of the NHS Pension Scheme, it is not the actual amount contributed into the scheme by the employer that is assessed but, the deemed growth in the annual pension benefits, less any personal contributions made.

Due to the complexity of this regime, coupled with the high tax charges that are resulting from the tapering, I would urge the new Chancellor, Sajid Javid, who has set out his stall as a sceptic of punitive taxation to scrap the tapered allowance for all pension savers. Whilst the scrapping of the tapered Annual Allowance will reduce tax liabilities for high earners in the NHS Pension Scheme, it won’t solve all of the issues.

In my opinion, the final salary link is the key issue as to why many members of the NHS Pension Scheme are currently incurring such high inputs for Annual Allowance purposes, with resulting high tax charges.

So what is the ‘final salary link’ and why is it causing such an issue?

In 2015, the NHS moved most members into the new 2015 version of the scheme, where a member secures a pension entitlement based upon their income in each scheme year, rather than based upon their final salary, which will often be significantly greater as they progress through the NHS.

At the same point, previous members of the 1995 version of the scheme, an arrangement where their pension income would be based on their final salary; the pensionable salary they receive prior to their retirement rather than how much they currently earn, had their membership frozen.

Rather than simply increasing this frozen benefit by the annual rate of inflation, it retained a final salary link meaning that, if the members’ pensionable salary increases in the future, their pension from the 1995 scheme will also increase.

As long as the members’ pensionable salary doesn’t increase, the final salary link won’t create an issue but, where salary does increase (incremental awards being a good example), this will result in the value of their 1995 scheme benefits increasing, with an input for the Annual Allowance, which is in addition to the input from the 2015 scheme.

This issue could be addressed by either: –

One of the proposals made by the Government would be to allow members to opt-out of the scheme and receive the employer contributions of 20% as salary instead. As I explained in my previous note, this would lead to increased income tax for the member, and increased National Insurance payments for both the NHS and the member. As an alternative, the scheme could receive a defined contribution arrangement, into which members could opt to join or remain in the 2015 career average scheme.

So why would this help?

There is no doubt that radical changes need to be made and as a matter of urgency, to address the current crisis in the NHS Pension Scheme and the problems this is causing for patient care as hours are scaled back and waiting lists surge.

Unfortunately, there is no magic solution. That said, I believe that the aforementioned proposals would deal with a number of the factors that have resulted in this current crisis, and hope that the Government might consider some of them as part of their current review.

A dynamic shift in procurement

PE must chart stormy economies to capitalise on choice companies 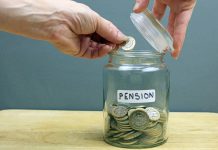