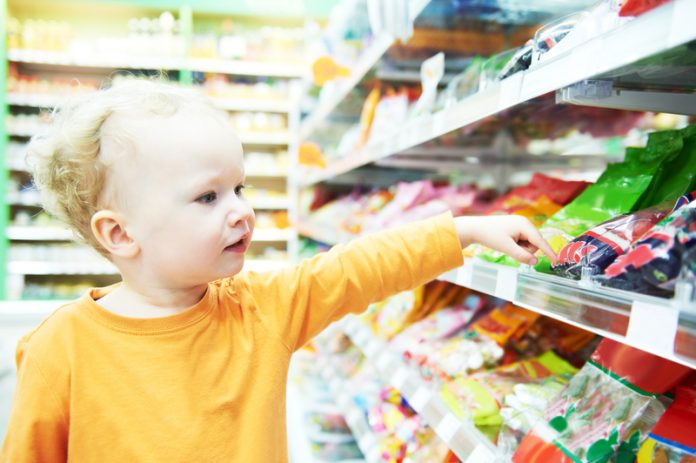 The current strategy will not be enough to tackle overweight and obesity in children, insists Professor Neena Modi, President of RCPCH

This time last year there was a sense of optimism for the year ahead. Campaign groups and health organisations up and down the country, and indeed elsewhere in the world, were waiting in anticipation for the publication of the UK government’s Child Obesity Strategy.

At the time, UK spending on obesity-related conditions had risen from £5bn to £6bn a year, and around 1 in 5 five-year-olds and 1 in 3 10-year-olds were overweight or obese. The strategy was to be a catalyst and bold blueprint for reducing these numbers and the expectation was of tough policies to come, with an emphasis on legislation.

However, when the strategy was published in August, after considerable delay, it sent shockwaves through health communities. No longer a hard-hitting strategy, it had become a watered-down ‘plan’ that placed an emphasis on physical activity, personal responsibility, and voluntary product reformulation.

The Royal College of Paediatrics and Child Health (RCPCH), like many other organisations, felt these recommendations didn’t go far enough. For example, an emphasis on exercise, while welcome as an important component of a healthy lifestyle, will not address overweight and obesity. It takes an hour of hard exercise to burn off one chocolate chip muffin, so to expect weight issues to be resolved through more physical activity is unrealistic. Infants and children are wholly vulnerable to the myriad influences that surround them, so an emphasis on personal responsibility is a clear abrogation of adult responsibility.

Sugar tax is a good start

Nonetheless, we are pleased that the government has acknowledged there is a problem and is providing some direction – although sadly limited – to help tackle the growing problem of overweight and obesity in children. The recently published draft legislation on a soft drinks tax was included in the Childhood Obesity Plan and is seen as a major strength. Although not yet law, some companies have already reduced the amount of sugar in their soft drinks.

It has been suggested that an industry response focussed on reducing sugar content is likely to have the greatest impact on health, with estimates of a 30% reduction in the sugar content of high-sugar drinks and a 15% reduction for mid-sugar drinks resulting in 144,000 fewer adults and children with obesity, 19,000 fewer cases of type 2 diabetes, and 269,000 fewer teeth affected by decay each year. These are projections, of course, but lend support to our consistent call for careful evaluation of the impact of the “sugar-tax” on a range of health and economic outcomes.

This policy alone, though very welcome, doesn’t go the lengths needed to win the fight against obesity. Findings from the National Child Measurement Programme were published in November 2016 and revealed that the prevalence of obesity in children has continued to rise. The Health Survey for England 2015, published just before Christmas 2016, echoed this point, confirming that there has been little progress in reducing the prevalence of child obesity.

More support is needed for parents

Looking to 2017, we urge the government to introduce further actions urgently. Parents who are a healthy weight are more likely to raise healthy weight children, so more support for parents is needed, to help them maintain a healthy weight before, during and after pregnancy. This includes education in schools, and effective national public health campaigns.

We’d also like to see the National Child Measurement Programme commence in infancy as this is a period when trajectories leading to overweight and obesity are often established. We recommend restrictions on advertising junk food before 9pm to children, a move backed by the Obesity Health Alliance, a campaign group made up of more than 30 prominent organisations.

Some progress on protecting children from marketing was made in 2016, when at the end of the year the Committee of Advertising Practice (CAP) announced a ban on advertising food and drink high in fat, salt and sugar in non-broadcast media, including print, cinema and crucially, online and social media.

The ban is due to come into effect in the summer of 2017. It is another welcome move, but again, doesn’t go far enough to protect the thousands of children and young people who watch television shows not specifically directed at them. This loophole should be closed by extending advertising restrictions further. We suggest the next step should be a blanket ban on junk food advertising before 9pm.

We also support the recommendations included in the report of the World Health Organisation Commission on “Ending Childhood Obesity”. In 2016, the 69th World Health Assembly requested the Director-General to develop, in consultation with the Member States and relevant stakeholders, an implementation plan guiding further action on the recommendations of this report. This will be submitted in 2017 for consideration by the 70th World Health Assembly and is an important opportunity for the UK to show global leadership.

Childhood obesity is a time bomb that destroys life-long health. About 4 in 8 overweight or obese children will become obese adults and will suffer the consequences. These will be as severe as the consequences of smoking, and HIV infection before the public safe-sex campaigns of the 1980s, if action is not taken now. Some progress has been made in introducing hard-hitting interventions, but much more remains to be achieved. A long vision, not short-term consideration, is needed.

The Royal College of Paediatrics and Child Health