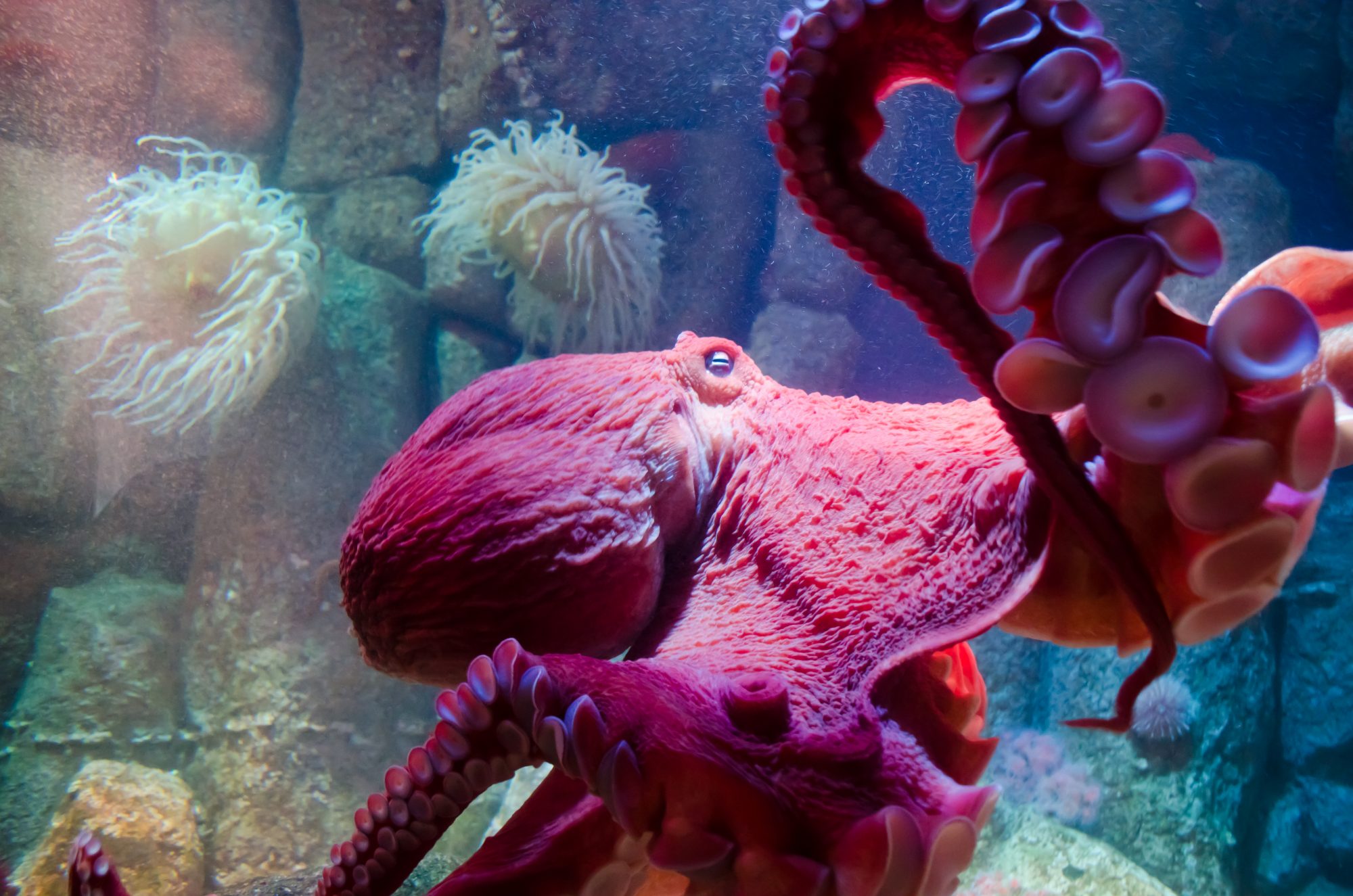 The remarkable intelligence of invertebrates may be explained by an important molecular analogy with the human brain, a new study has found.

The same ‘jumping genes’ are active in the human brain and in the brain of two species of octopus Octopus Vulgaris, the common octopus, and Octopus bimaculoides, the Californian octopus.

The octopus is unique among invertebrates because of its exceptional brain. Its cognitive abilities, like tool usage and problem-solving, are considered to be extraordinary.

It has now been discovered that the neural and cognitive complexity of these animals could originate from a molecular analogy with the human brain.

A paper published in BMC Biology and coordinated by Remo Sanges from SISSA of Trieste and by Graziano Fiorito from Stazione Zoologica Anton Dohrn of Naples shows that the same ‘jumping genes’ are active both in the human brain and in the brain of two species of octopus.

This research helps us to understand more about the intelligence of these organisms.

Jumping genes – ‘I literally jumped out on the chair’

“I literally jumped on the chair when, under the microscope, I saw a very strong signal of activity of this element in the vertical lobe, the structure of the brain which in the octopus is the seat of learning and cognitive abilities, just like the hippocampus in humans.” comments Giovanna Ponte from Stazione Zoologica Anton Dohrn.

Sequencing the human genome revealed as early as 2001 that over 45% of it is composed by sequences called transposons, otherwise known as ‘jumping genes’.

Jumping genes can ‘move’ from one point to another of an individual’s genome, however, in most cases these mobile elements remain silent because they have lost the ability to move. This means no visible effects.

These fragments of broken copies of jumping genes can still be useful from an evolutionary point of view; it is ‘raw matter’ that evolution can sculpt.

The most relevant mobile elements are those belonging to the so-called LINE (Long Interspersed Nuclear Elements) family. Many scientists believe that LINE transposons are associated with cognitive abilities such as learning and memory and they are particularly active in the hippocampus.

The octopus’ genome is rich in ‘jumping genes’, just like ours. Focusing on the transposons still capable of copy-and-paste, the researchers identified an element of the LINE family in parts of the brain crucial for the complex cognitive abilities of these invertebrates.

The similarity between man and octopus

Remo Sanges, director of the Computational Genomics Laboratory at SISSA, who was previously a researcher at Stazione Zoologica Anton Dohrn of Naples says: “The discovery of an element of the LINE family, active in the brain of the two octopuses species, is very significant because it adds support to the idea that these elements have a specific function that goes beyond copy-and-paste.”

“This similarity between man and octopus that shows the activity of a LINE element in the seat of cognitive abilities could be explained as a fascinating example of convergent evolution, a phenomenon for which, in two genetically distant species, the same molecular process develops independently, in response to similar needs.” adds Giuseppe Petrosino from Stazione Zoologica Anton Dohrn and Stefano Gustincich from Istituto Italiano di Tecnologia

“The brain of the octopus is functionally analogous in many of its characteristics to that of mammals,” comments Graziano Fiorito, director of the Department of Biology and Evolution of Marine Organisms of the Stazione Zoologica Anton Dohrn. “For this reason, also, the identified LINE element represents a very interesting candidate to study to improve our knowledge on the evolution of intelligence.”