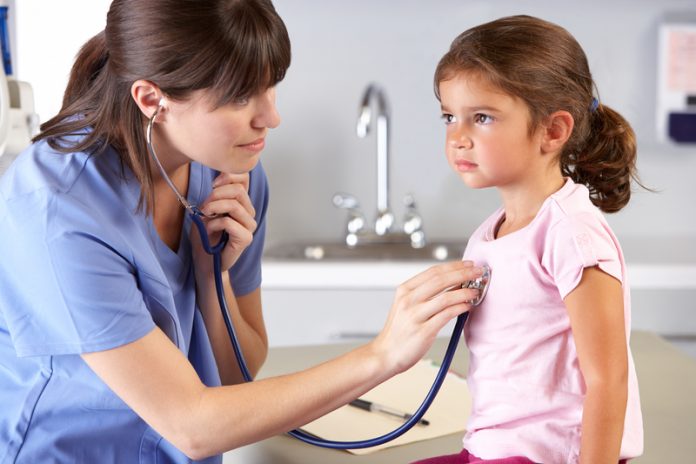 One of the main risks to children’s health is living in poverty, says Royal College of Paediatrics and Child Health’s Professor Russell Viner

It’s a well-known adage that the way a society treats its most vulnerable members is the measure of its humanity.

In 1942 Sir William Beveridge identified squalor, ignorance, want, idleness and disease as the 5 “Giant Evils” in our society. In a climate of post-war relief and a longing for a more just society, the Labour Party swept to victory in 1945 on a pledge to eradicate these ‘evils’ and provide for the people of the UK “from the cradle to the grave”. It was this moment that our modern welfare state was born, and a major element of this was the formation of a brand new National Health Service a few years later. The NHS had one radical core principle; that good healthcare should be available to all, free at the point of delivery, regardless of personal wealth.

Today, we refer to Beveridge’s evil of ‘want’ in terms of poverty and it is the shocking extent to which poverty is affecting our children of today – society’s most vulnerable – that should instil a great sense of shame in us all.

Almost 1 in 3 of the UK’s children – a total of 4 million – live in poverty. It’s a statistic that perhaps many people hear without really appreciating the implications. Living in poverty can have all sorts of damaging effects on a child, not least on their health. Put simply, poverty makes children sick; we know that children living in the most deprived areas have far worse health outcomes than those from the most affluent. They are more likely to be overweight or obese, suffer from asthma, have poorly managed diabetes and experience mental health problems. In the most extreme example, infant mortality is more than twice as high in the lowest compared with the highest socio-economic groups.

Such large numbers can be a little abstract and it’s only when we look at the impact on actual children, with real life stories, that reality begins to hit home.

Comments from over 250 paediatricians across the UK on the impact of poverty on child health were gathered as part of a survey conducted by the RCPCH and Child Poverty Action Group (CPAG). With more than two-thirds of them saying poverty and low income contribute ‘very much’ to the ill health of children they work with, it makes for sobering reading.

One doctor in London commented that ‘overcrowded, damp or unsuitable housing amongst our patients is the rule rather than the exception’, conditions which can cause respiratory problems such as asthma and bronchiolitis. Another said that one of his patients is a ‘2-year-old with recurrent seizures, living in a house with no heating’. Poor housing is one of the main reasons for delays in discharging children. One paediatrician spoke of how they were ‘unable to discharge a chronically unwell child requiring constant use of electrical equipment, as the house only has one socket’ whilst another said: ‘I have seen a number of babies being unable to be discharged from the Special Care Babies Unit due to parents being homeless.’

Many respondents said their patients struggle to afford healthy food – with one doctor observing that ‘many of [our] patients are from low-income families who rely on food banks’. Another said they ‘see parents in A&E who are limiting their eating to care for their children. Children are worried, scared and upset’.

Stress and worry caused by poverty affect not only parents but children too. One respondent observed: ‘I think that the biggest impact of poverty on the children and parents I encounter is insecurity, inferiority and stress. Through biological and psychological factors these undoubtedly lead to poor health.’

The one thing that really stands out when reading these stories from the front line is that what we’re seeing is a return to ‘old-fashioned’ poverty relating to crowding and nutrition for our children. This is not a situation any one of us can be happy with so attention must turn to fixing this scourge of child poverty as a matter of real urgency.

We cannot continue papering over the cracks and only treat the symptoms of poverty. It’s quite clear that if poverty levels were reduced, the impact on child health – and therefore the future health of the nation – would be radical.

It is then disappointing to see the government recently set out their policy agenda for the next 2 years without any mention of tackling poverty in this country. Urgent action is required to transform the lives of those 4 million children who live every day in poverty, and with this number set to rise to 5 million by 2020, there is simply no excuse for dragging our heels.

The Queen’s Speech should have contained policies such as the restoration of binding national targets to reduce child poverty, backed by a national child poverty strategy and the adoption of a ‘child health in all policies’ approach to decision making and policy development, with Her Majesty’s Treasury disclosing information about the impact of the Chancellor’s annual budget statement on child poverty and inequality. These, coupled with the immediate reversal of public health cuts, could make a real difference.

The Royal College of Paediatrics and Child Health