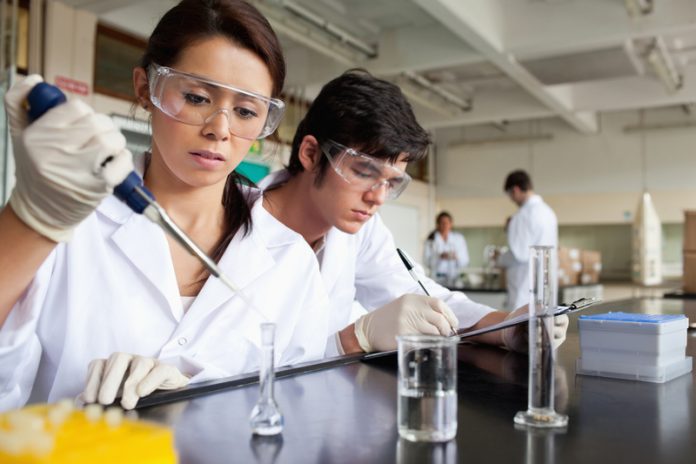 Education and science in Portugal go hand in hand. With science steadily progressing over the last 20 years, the government in Portugal is keen to encourage research within the country further. According to the Ministry of Science, Technology and Higher Education in Portugal, internationalisation within these 3 areas has shown an unprecedented growth in recent decades.

This is believed to be down to increasing numbers of students studying in Portugal, as well as researcher mobility. The Portuguese government has acknowledged the prevailing role of higher education institutions and research centres, as places for knowledge production and sharing. Hence, by spurring innovation, they contribute towards social, cultural and economic development.

On top of this, he works for the European network step4EU, science, technology, education and policy for Europe, who aim “to create and promote an independent and credible international network to help improve science, technology and higher education policies and budgets across Europe”.

In June 2016, Minister Heitor introduced a workshop at the OECD, whose goal was to discuss the terms of reference for an OECD review to Portugal Science, Technology and Higher Education.

A new direction for science and higher education in Portugal

In his introduction, the Minister said: “A new direction for science, technology and higher education policies is critical to strengthening countercyclical measures stimulating the necessary knowledge-driven conditions for Portugal to evolve and better use its strategic Atlantic positioning”.

He went on to argue that political actions and policies adopted over the period 2012 to 2015 caused “the level of support for attracting young researchers from abroad to work in Portugal” to be “considerably reduced”.

The Minister believes that “internationalising the knowledge base” is an essential part of this new direction for science and higher education policies. The implications of this on Portugal’s policymaking are categorised by Heitor as: People, Institutions, and Incentives.

People: A human potential building program in science and technology in all areas of knowledge and including doctoral and post-doctoral fellowships, as well as strengthening the hiring of PhDs and scientific employment.

Institutions: Enhancing autonomy, promoting diversity and modernising scientific and higher education institutions should be considered as a matter of priority, to guarantee an institutional framework of international reference and to facilitate its diversification along with specialisation and the rejuvenation of the teaching staff of our institutions.

Incentives: Strengthening public and private R&D expenditure, including competitive grants for projects and R&D ideas, as well as business R&D in cooperation with scientific institutions.

The future of Portugal requires more knowledge and scientific culture, ensuring access to science and education as an inalienable right of all. More science and the systematic democratisation of access to knowledge means more equal opportunities, more social mobility and a new stimulus for entrepreneurial activities in Portugal.

Study and research in Portugal

In order to achieve this, and to internationalise science, technology and higher education, it is imperative that Portugal encourages foreign students to study and research in what is seen as a hub for creativity and innovation.

Heitor, along with Ana Mendes Godinho, the Secretary of State of Tourism, and the General Direction of Higher Education, the Foundation for Science and Technology and the Tourism of Portugal, have launched an initiative called Study and Research in Portugal. The programme illustrates the country’s commitment to knowledge, creativity and innovation.

The Study and Research in Portugal website lists 10 reasons why foreign students and researchers should study in Portugal:

2 Research for the future – Portugal is the home of 307 research and development centres, who are at the forefront of exploring knowledge from social sciences to engineering or life sciences.

4 Travelling for knowledge – Portuguese Higher Education Institutions and Research Centres understand crossing knowledge as a way of breaking down barriers for opening up to new paths to progress and modernity.

6 Creativity and innovation – Portugal has 31,000 new start-ups a year, many of which are recognised across the world. Several of these were incubated in a stimulating higher education institution environment, in Portugal.

7 Sport and culture – Portuguese higher education institutions host hundreds of clubs and associations that foster sports, arts and cultural activities which allow you to meet people who are excited about sharing their interests.

9 People who care for you – Portugal has an open culture which connects people. For Immigrants integration, Portugal is the “2nd best country in the world, and with a population famous for openness and diversity.

10 Authentic life – On average, Portugal gets 3000 hours of sun per year, and it is the home of 850km of sandy beaches. Along with affordable living and great work-life balance, Portugal comes top in great places to live.

The Study and Research in Portugal programme urges students and researchers to be curious, learn, think Science, and choose Portugal. With 39,500 researchers currently working in Portugal, the government are keen to expand that further and grow the country into a leader of higher education and research.