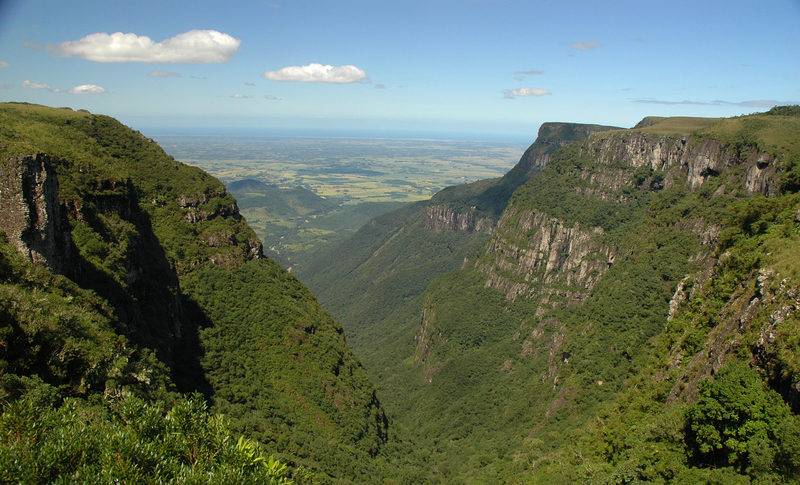 Vidar Helgesen, Norwegian Minister of Climate and Environment answers AGs questions about how Norway is contributing to sustainable development by reducing deforestations in the worlds tropical forests.

As part of their International Climate and Forest Initiative (NICFI), Norway has pledged up to 3 billion NOK a year to help save the world’s tropical forests and improve the lives of those who live off and near them. Deforestation of tropical forests accounts for approximately 11% of global greenhouse gas emissions and as part of the NICFI, Norway aims to support efforts to reduce emissions. Here Vidar Helgesen, the Norwegian Minister of Climate and Environment answers AG’s questions about the Initiative and its goals…

What are the aims of the Norwegian Climate and Forest Initiative?

Reducing Emissions from Deforestation and Forest Degradation (REDD+), our aims are: Firstly, that REDD+ as part of the Paris-agreement will be an effective measure of reducing emissions from forests; secondly, to contribute to large scale emission reductions from deforestation in selected countries; and thirdly to contribute to the protection of natural forests. As an overarching goal, our support should contribute to sustainable development. This is also a prerequisite for countries to succeed in reducing deforestation. In cooperation with several developed and developing countries, Norway is taking action in order to demonstrate that paying for carbon stored in tropical trees is feasible. Paying developing countries to fight tropical deforestation may provide up to a quarter of the climate change mitigation needed by 2030, while contributing to green growth, increasing resilience to climate change, fighting poverty and protecting invaluable biodiversity.

In cooperation with several developed and developing countries, Norway is taking action in order to demonstrate that paying for carbon stored in tropical trees is feasible. Paying developing countries to fight tropical deforestation may provide up to a quarter of the climate change mitigation needed by 2030, while contributing to green growth, increasing resilience to climate change, fighting poverty and protecting invaluable biodiversity.

How important are programmes such as this to help protect and preserve natural environments?

We support one of the most important actions to protect some of the world’s largest forests that contribute to regulate the climate and global rainfall patterns: reducing tropical deforestation. This is a global responsibility. And it is absolutely necessary if we are to reduce greenhouse gas emissions fast enough to avert the most serious consequences. Worldwide, approximately 1.6 billion people depend directly or indirectly on tropical forests for their livelihoods. These forests are home to more than half of the world’s land based species and store enormous amounts of carbon.

How important is it to protect tropical forests in order to reduce greenhouse gas emissions?

Brazil illustrates the importance of preventing deforestation in order to reduce greenhouse emissions: In 10 years Brazil reduced deforestation in the Amazon by nearly 80%. We estimate that this has spared the atmosphere for over 4 billion tons of CO2, more than 4 times Germany’s annual greenhouse gas emissions.

How will Norway work with partnership countries in order to achieve its goals for the Initiative?

Governments of major tropical forest countries are witnessing the consequences of deforestation and are committed to combat it. How we work with partnerships varies widely from country to country. What the partnerships have in common is that these countries show a political will to protect the forests. National ownership is crucial. In our partnerships, national governments are in charge of the efforts to combat deforestation. Deforestation has many different causes, so we also emphasise that a cross-sectoral approach is needed. Most notable so far are the commitments and actions of Brazil, Colombia, Guyana and Ethiopia.

Brazil has delivered impressing results when it comes to reducing deforestation in the Brazilian Amazon and consequently also CO2-emissions. Norway has paid Brazil 6.5 billion NOK for these results.

How does the government aim to implement the Initiative and ensure goals are met?

We have a broad approach. We work with forest country governments, other donor governments, the private sector, academia, civil society and indigenous people. With a growing population both globally and in many tropical forest countries, pressure on forested areas for conversion to agricultural lands and food production is increasing. Through our REDD+ programmes we support measures such as land use planning and more sustainable agricultural practices to increase agricultural efficiency. In short: We work to promote sustainable production and protect the forest at the same time.

Four commodities represent approximately 50% of global tropical deforestation today; palm oil, beef, soy and paper. This means that positive commitments and actions by private companies are necessary to reform past practices. By paying countries for results in terms of reduced emissions from deforestation and forest degradation we aim to strengthen the financial and political incentives to keep the forests standing, and do so in a way that benefits the people living in and of the forests. This is the essence of REDD+.

Minister of Climate and Environment

Ministry of Climate and Environment – Norway