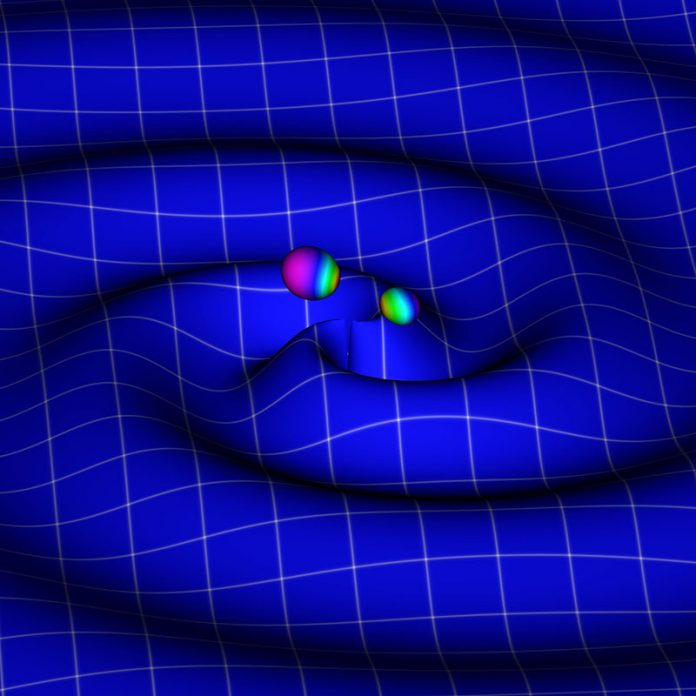 Denise Caldwell, Director, Division of Physics at the U.S. National Science Foundation (NSF) provides a fascinating perspective on how the organisation is pursuing physics to the forefront of knowledge

On September 14th, 2015, the twin detectors of the National Science Foundation’s (NSF) Laser Interferometer Gravitational-Wave Observatory (LIGO) registered a gravitational wave as it passed through the Earth. The distortion of space-time – predicted by Albert Einstein one hundred years earlier – was generated as two black holes merged into one, releasing the energy of three suns in the process.

The LIGO observation marked the first time scientists had ever directly observed a gravitational wave, an achievement that even Einstein himself did not believe possible. LIGO’s success is the result of a high-risk, high-impact investment made over four decades by NSF through its Physics Division, a commitment to build what is arguably the most sensitive detection instrument ever constructed.

Since that first observation, LIGO has witnessed four additional black-hole mergers, followed in August of last year by the first gravitational wave detection of paired neutron stars. That detection was immediately followed by observations from 70 telescopes around the world, providing new insight into the collision from visible light, ultraviolet light, radio waves, x-rays and gamma rays.

The complementary observations brought together two of the three elements in multi-messenger astrophysics: explore the cosmos through observations of gravitational waves, while collecting radiation across the entire electromagnetic spectrum. The third element, an observation that combines data from elementary particles such as neutrinos with electromagnetic data, is on the horizon. As the elements of multi-messenger astronomy are united, humanity will have an unprecedented, comprehensive view of the most powerful events in the universe.

Searching for answers to some of science’s most challenging questions is a core goal for the NSF Physics Division. The study of physics as an intellectual pursuit underpins all the other physical sciences and increasingly, the life sciences as well, as physicists and biologists increasingly cooperate to address problems covering a range of scales, from molecule to organism.

Since 1975, scientists supported by the NSF Physics Division have made seminal contributions to advancing the frontiers of the field, from the vast reaches of the universe to the tiniest particles of matter, helping secure U.S. leadership across science.

We support scientists working at the ATLAS and CMS detectors, part of the Large Hadron Collider at the CERN laboratory in Switzerland, where three years prior to the LIGO discovery, scientists participated in the discovery of the Higgs boson, the last remaining elementary particle needed to complete the Standard Model of particle physics. Our division also supports the National Superconducting Cyclotron Laboratory at Michigan State University and IceCube, an NSF-funded neutrino detector located at the South Pole.

Those efforts are complemented by our support of NSF Physics Frontiers Centers, which focus on addressing the most compelling frontier science questions. In that setting, research progresses through the concerted efforts of large, often interdisciplinary, groups working together.

While large facilities are important for discovery, our division’s primary mechanism of support is to individual researchers and small groups. Our funding almost exclusively supports faculty research programmes housed at universities and in this way, we foster scientific progress while ensuring the propagation of ideas to students and early career faculty, the next generation of researchers. Significant support for students and junior scientists is inherent to our portfolio, as it is critical to prepare the next generation of researchers for advanced, high-tech work and innovative new technologies that arise in the quest to answer some of the hardest questions that nature can pose.

Through our portfolio of awards, NSF’s Physics Division pursues its primary goal “to promote the progress of science”, as expressed in the legislation that founded our agency, the National Science Foundation Act of 1950. The awards support research necessary to address scientific questions at the frontier of current knowledge, while at the same time extending and redefining that frontier.

For example, crucial discoveries made by NSF grantees helped launch and lay the groundwork for quantum information science. That effort continues and contributes to current, rapid progress toward 21st Century quantum-based breakthroughs, from quantum computers to high-resolution sensors that could revolutionise measurement technology.

Across NSF there are examples of investment that begin with new ideas generated by the physics community. Those are further informed through workshops, input from advisory committees, proposal reviews and the scientific expertise of a group of top-flight programme directors, each a scientist in his or her own right. NSF relies on these community-based resources to decide where to direct our physics investment.

The breadth of investments is extensive. Through the Physics of Living Systems program, the division has helped establish and grow a community of physicists who look at the living world as a laboratory through which to learn new physics while at the same time informing breakthroughs in biological understanding. For example, a study of sand lizards moving through sand served as a paradigm for motion in granular media in general, an important concept for the design of robots for exploration.

Through the Nuclear Physics program, scientists are enhancing our understanding of the forces that drive the formation of the elements in the universe. And most recently, a telegram from the NSF IceCube Neutrino Observatory (supported both by the Physics Division and the NSF Office of Polar Programs) announced the detection of a high-energy extragalactic neutrino. That detection was quickly followed by observations from a suite of telescopes across the globe, which reported high-energy electromagnetic radiation from the same location as the neutrino, yet another breakthrough in multi-messenger astrophysics.

As such science progresses – whether it be neutrinos, cold atoms, Bose-Einstein Condensates, astrophysical plasmas, or the origin of the elements in the universe – the Physics Division has had and continues to have, a major role to play in driving scientific knowledge.