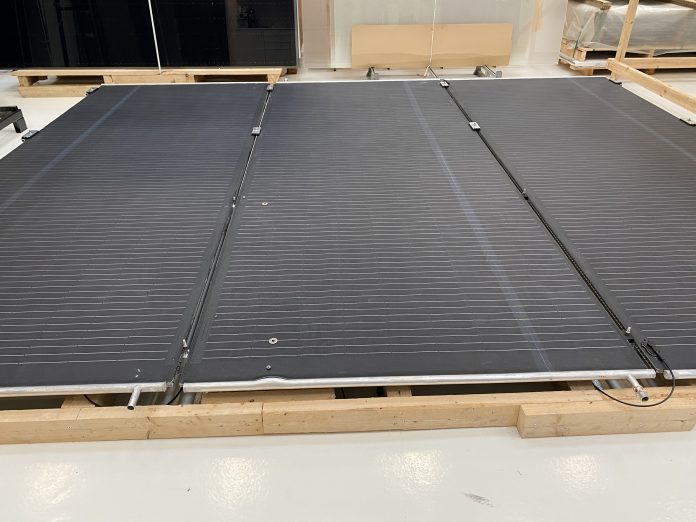 Here, Peder Vejsig Pedersen, European Green Cities, tells us about the latest Racell PVT technology which has been combined with Aquifer Thermal Energy Storage (ATES) to be used for seasonal storage

The Danish PV producer Racell has over a decade been improving their combined PV and solar thermal technology with so-called PVT elements, that both produces solar power as well as solar heating. At the same time, this can be provided in almost all colours. At present, several smaller PVT installations have been installed in Denmark, where the solar heating elements are combined with use of heat pumps.

Recently, a very interesting combination of this new technology has been proposed together with ground water-based energy systems called ATES or Aquifer Thermal Energy Storage developed in Denmark by the Enopsol company. This can be utilised as a seasonal storage for the solar heating coming from the PVT elements, while heatpumps will have a high efficient operation in the heating season by help of the solar heated ground water storage. 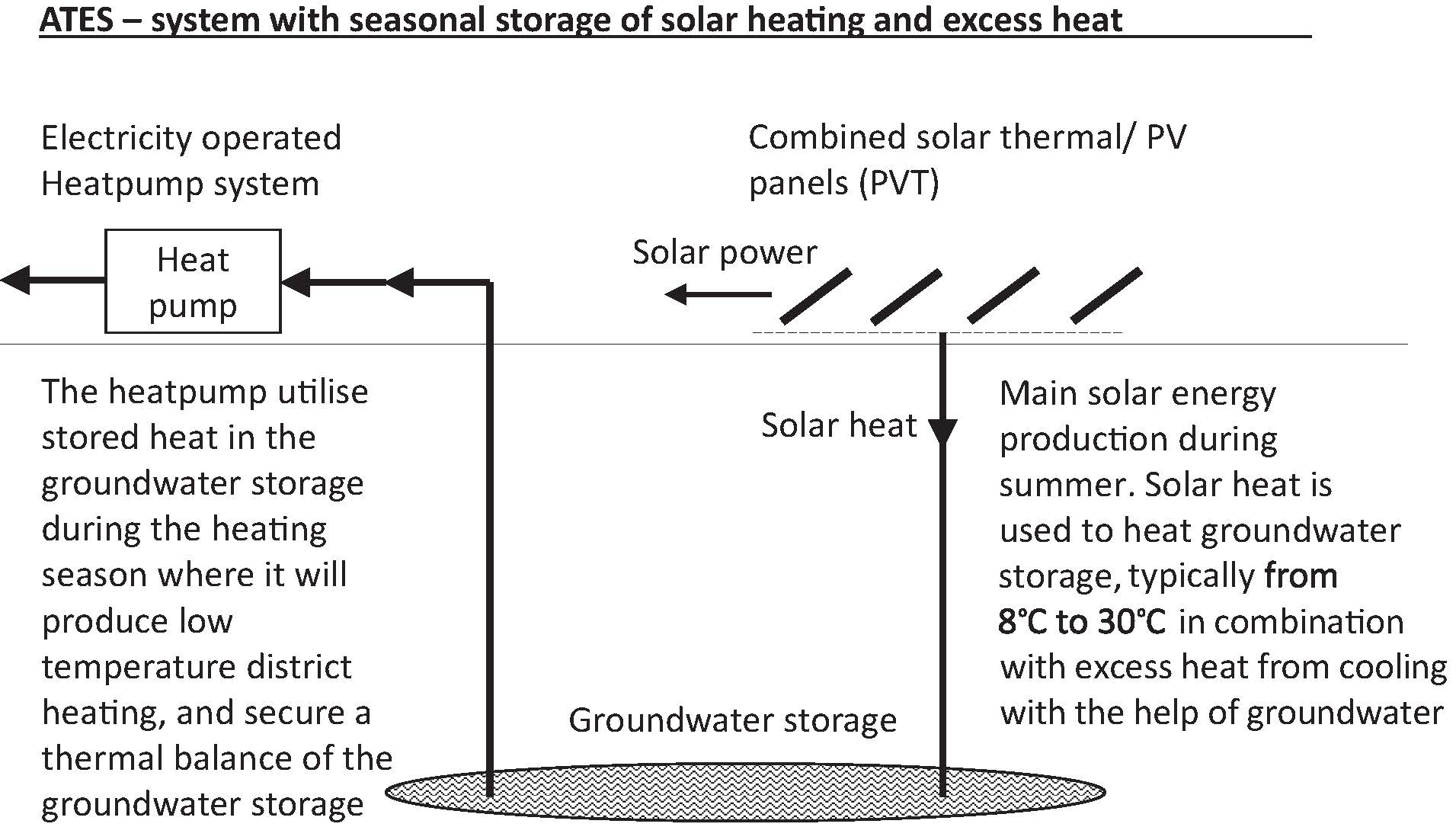 The Danish company Solarplan has developed a plan of integrating large 4-6m2 Racell PVT modules into sloping roofs of housing blocks from the 1970s in Aredore, south of Copenhagen as part of the so-called Avedoere Green City Project, where European Green Cities works as secretariate leader.

The benefit of this solution is the ability to introduce cost-effective renewable energy solutions in cities, since ground water is available most places and there are no noise problems from the operation.

Large Racell PVT modules can easily be integrated in buildings and as mentioned also in various colours.

With the new developed PVT technology, it is now an obvious solution to use solar thermal energy to heat large volumes of ground water during the summertime and then use large heat pump systems to utilise the seasonal stored heated ground water during winter. This is a policy which also supports the need to move society into electricity-based heating even for district heating systems, so we can use the large amounts of wind energy sources in a better way, e.g. in Denmark.