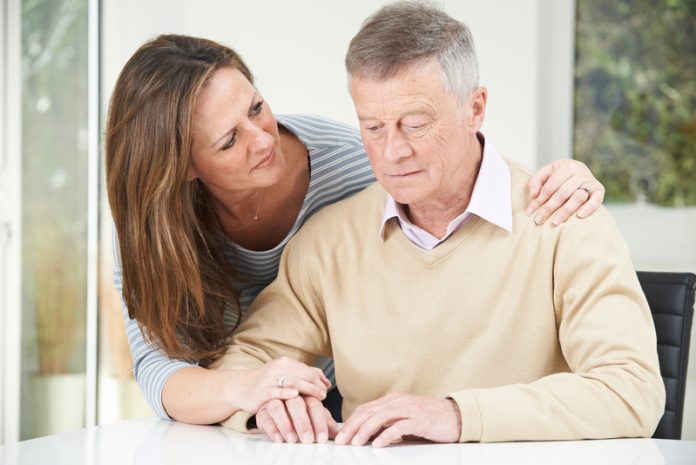 The World Health Organization (WHO), says recognising dementia as a public health priority is key to addressing the condition globally

While improvements in health care and access have contributed to people living longer, this has resulted in an increase in the number of people with non-communicable diseases, including dementia. The numbers are daunting. Recent reviews estimate that globally, nearly 9.9 million people develop dementia annually, translating to one new case every 3 seconds1. In 2015, dementia affected 47 million people (roughly 5% of the world’s elderly population), a figure that is estimated to nearly triple to 132 million by 20502. The global cost of dementia care was estimated to be $818 billion, constituting 1.1% of global gross domestic product3. By 2030, the cost is estimated to increase to US$2 trillion, a total that could undermine social and economic development globally.

Dementia is not an inevitable consequence of ageing

Crucial to interpreting these numbers is that dementia is not a normal part of ageing. Age is the strongest known risk factor for the onset of dementia, but it does not exclusively affect older people. Young onset dementia (onset of symptoms before age 65 years) accounts for up to 9% of cases4.

The gap is wide between the need for prevention, treatment and care for dementia and the actual provision of these services. Dementia is underdiagnosed worldwide, and, if a diagnosis is made, it is typically at a relatively late stage in the disease process. In high income countries only one-fifth to one-half of cases of dementia are routinely recognised and documented in primary care. Data from low- and middle-income countries is scarce; in one study from India, 90% of people with dementia had not received any diagnosis, treatment or care5. Care for people with dementia – from diagnosis until end-of-life, is frequently fragmented if not entirely lacking.

Dementia is a public health priority that touches multiple sectors

In 2012, WHO published Dementia: A Public Health Priority4 to provide the knowledge base for a global and national response and to facilitate governments and other stakeholders to address the impact of dementia as an increasing threat to global health. It identified that a lack of awareness and understanding of dementia often results in stigmatisation and barriers to diagnosis and care.

Indeed, the impact of dementia is far-reaching. For both the person with dementia and their carers, stigmatisation can contribute to social isolation, delays in seeking diagnosis and care, and a reluctance to ask for help4,6. Behavioural and psychological symptoms of dementia profoundly affect the quality of life of people with dementia and their carers. Providing care to people with dementia incurs a substantial emotional burden, including detrimental effects on carers’ mental and physical health7 as well as considerable indirect costs through loss of income.

Dementia, unlike other diseases, does not respect the boundaries of health alone, instead requiring a multi-sectoral response from other sectors such as social services, education, employment, justice and housing to improve the care and quality of life of people with dementia and their carers.

In 2013, a G8 Dementia Summit hosted by the UK, culminated in a communiqué and signed declaration of shared commitment from participating stakeholders and countries8. Ensuingly, WHO, supported by the UK Department of Health and The Organization for the Economic Cooperation and Development (OECD), organised the first Ministerial Conference on the Global Action against Dementia in March 2015 with over 450 participants from 89 Member States9. It fostered awareness of the public health and economic challenges posed by dementia and importantly, a better understanding of roles and responsibilities among countries and stakeholders, reflected in the ‘Call to Action’ adopted by participants.

In June 2016, the WHO Executive Board in decision EB1391,10 requested the Secretariat to develop a draft Global Action Plan on the Public Health Response to Dementia, with clear goals and targets. Subsequently, in January 201711 the Executive Board considered the draft dementia global action plan and recommended to the 70th World Health Assembly to adopt the decision to endorse the plan during its review in May 2017.

WHO’s vision, as described in the draft action plan, is a world in which dementia is prevented and people with dementia and their carers live well and receive the care and support they need to fulfil their potential with dignity, respect, autonomy and equality. To do so requires urgent solutions that adopt a multi-sectoral public health approach.

Dementia, along with depression and other priority mental disorders are included in the Mental Health Gap Action Programme (mhGAP) and its tools, the mhGAPIntervention Guide13. This programme aims to scale up care and services by capacity building and health system strengthening approaches.

Likewise, a dementia-friendly toolkit, currently in development, aims to provide countries, communities and partners with information to support them to be more dementia-friendly, considering aspects such as the community’s built environment and infrastructure, social inclusion and engagement of people with dementia, dementia awareness and knowledge of the broader community.

Additionally, the WHO Global Dementia Observatory is an interactive web-based data and knowledge exchange platform 14 that collates and disseminates data from countries on key dementia indicators to facilitate countries in strengthening their systems to support people with dementia and their carers. Development of the Observatory is currently underway.

13 Information on mhGAP available at: http://www.who.int/mental_health/mhgap/en/

14 Information on the Global Dementia Observatory available at: http://www.who.int/mental_health/neurology/dementia/GDO/en/