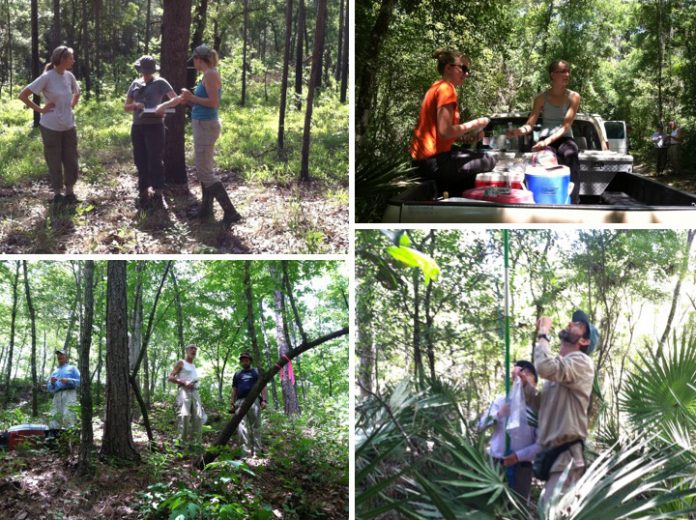 Pamela S. Soltis, Director, University of Florida Biodiversity Institute, reveals the key work being done in the US to respond to the ‘biodiversity crisis’

Biodiversity refers to the extraordinary variation of life on Earth. While it is widely accepted that natural biological diversity is fundamental to a healthy, sustainable planet and that its loss has a negative impact on human well-being (e.g., see Science magazine, July 2014), the connections between biodiversity, ecosystem function, and services that contribute to human well-being – from the flow of fresh water to pollination of crops – are less well understood. Ecological economists note the effect of invasive species (more than $120bn annually in the US alone) and have begun to quantify the economic benefit of ecosystem services, but less is known about the impact of lost ecosystem services on other aspects of both environmental and human well-being. Global responses to societal problems arising from both loss and alterations of biodiversity suffer from insufficient information and inadequate policies for sustainable use of natural resources, in part due to the slow rate at which biodiversity data are gathered and the difficulty in accessing the information once it is available. Consequently, much of the diversity of our planet is likely to disappear before it can be discovered and understood. This ‘Biodiversity Crisis’ – that is, the loss of biodiversity and its attendant consequences – creates both the necessity and the opportunity for a new type of response.

Recognising the important role of biodiversity in the biological and sociological health of the planet, the U.N. declared 2010 the ‘Year of Biodiversity’ to focus attention on the accelerating loss of biodiversity in the face of human population growth, landscape modification, and climate change. In 2011, the US President’s Council of Advisors on Science and Technology called for an improved accounting of ecosystem services and greater protection of environmental capital, citing the need for further biodiversity science and application of informatics to enhance our understanding of ecosystem services and develop appropriate policy to protect them. More recently, the International Platform on Biodiversity and Ecosystem Services (IPBES), which has 118 member nations and is modeled after the Intergovernmental Panel on Climate Change (IPCC), has begun assessing the scientific and social knowledge of Earth’s biological diversity and how environmental change will impact ecosystems and human societies. Like IPCC, the IPBES does not conduct primary research but assesses knowledge and attempts to influence policies aimed at protecting ecosystems and pursuing sustainable economic growth. The recent establishment in the US of NEON (the National Ecological Observatory Network) is beginning to provide extensive environmental data and baseline ecological monitoring at select sites across the country, with fully operating data streams from all sites later this year. Current and future assessment targets include impacts of declines in pollinator populations on food production, invasive species, and habitat degradation, all topics that threaten food security in the coming century and are relevant to agencies such as the US Department of Agriculture (USDA), which governs not only food production but also forestry in the US. Despite increased awareness, more integrated, accessible science and technology platforms are needed to leverage novel planetary data, models, and tools to create and link knowledge to policy.

The University of Florida (UF) Biodiversity Institute was launched in 2016 to bring together scientists, social scientists, and policy experts to address critical societal issues of the 21st century related to biodiversity: invasive species, emerging pathogens, climate change, and food security, to name a few. This interdisciplinary Institute is accelerating synthetic research on biological diversity to serve stakeholders in Florida (a biodiversity hotspot) and globally through efforts to understand and manage biodiversity, develop relevant conservation, educational, and outreach programs, and shape policy to protect and enhance environmental capital.

The Mission of the UF Biodiversity Institute is to conduct high-quality research and develop programs to advance 3 primary goals: (1) Initiate and lead large-scale, collaborative biological surveys to document and monitor biodiversity on a global scale; (2) Conduct collaborative and interdisciplinary research on biodiversity, with an emphasis on the use of Big Data; and (3) Translate biodiversity science to solve major societal problems.

The UF Biodiversity Institute is exploring the world’s past and present biodiversity at all levels of biological organisation, from molecules to ecosystems, and the relationship of biodiversity to climate change and to healthy and sustainable natural and human environments. Institute scientists conduct synthetic research using data from all relevant sources to address fundamental problems in biodiversity science and solve pressing societal problems. Newly synthesised knowledge from the Institute is available to individuals and organisations seeking validated biodiversity information.

The UF Biodiversity Institute has already established strong links to data science, informatics, computer science, and engineering, as well as to specialists in environmental law, agricultural economics, climate science, land use, and human population growth. The Institute benefits from strong ties to iDigBio, the US national coordinating centre for digitisation of biodiversity collections – that is, the integrated database that shares biodiversity data for the nation’s natural history specimens. iDigBio currently serves over 105 million specimen records, representing approximately 300 million of the estimated 1-2 billion specimens in US collections. This growing resource is driving innovations in management, analysis, and interpretation of biodiversity data, both in the US and globally, with a promise to address problems ranging from food security to invasive species to response of species to climate change.

In an upcoming series of articles, we will focus on the role of the UF Biodiversity Institute in applying data science and informatics to biodiversity-centered problems, the resources of iDigBio, the need for innovative training programs for students and practitioners to take advantage of ongoing developments in data availability and use, and case studies of how biodiversity scientists are addressing societal problems such as food security.