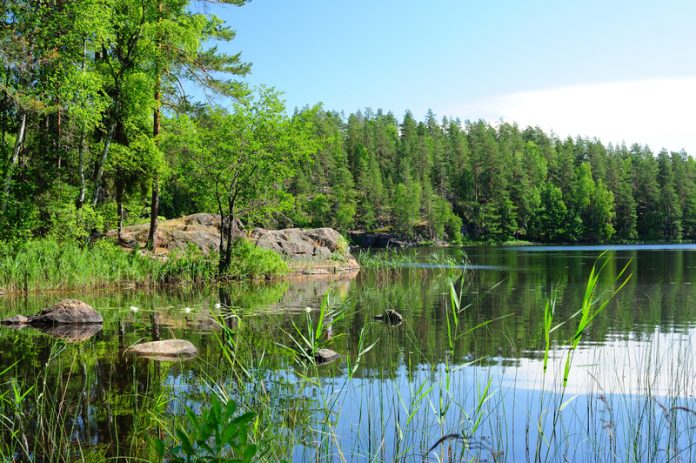 Petri Ahlroth, Director of the Natural Environment Centre, Finnish Environment Institute explains why it is important to protect biodiversity in Finland

Finnish Environment Institute SYKE is both a research institute, and a Centre for environmental expertise. SYKE forms part of Finland’s national environmental administration. Natural Environment Centre is of SYKE’s centers. It has mainly concentrated to work around the questions on terrestrial biodiversity and ecosystem services.

How important is it to protect biodiversity in Finland?

The importance of protecting biodiversity in Finland does not have major differences compared to other European countries. In the most northern areas population density is low and land use is not intensive. Also, the proportion of protected areas is high compared to Southern parts of the country. Major threats for the biodiversity in the north are climate change and the overgrazing of oversized reindeer populations.

Southern and central parts of the country are a mosaic of forest, mires and lakes. The use of forests (forestry) is very intensive, and its influence can be seen outside protected areas. Peat taking has destroyed huge areas of mires and at the same time polluted large numbers of lakes and rivers. The proportion of protected areas has been increasing slowly and large areas of forests and mires have been restored. However, current resources do not cover all needs of biodiversity (BD) protection.

Other needs on BD protection are closely related to the needs of management activities at semi-natural habitats. Chances in the agriculture and lack of pasturing animals are strongly limiting the BD of fauna and flora of open habitats. At the moment it is not easy to find enough resources for the management of open habitats.

What challenges come with protecting natural environments and endangered ecosystems?

There are almost always some conflicts of interests between BD protection and economical needs. Some of the conflicts can be also between different groups who are interested in the same resources, but have different targets, for example hunters vs birdwatchers and photographers.

How important is research for biodiversity and gaining more knowledge about how to protect our natural environment?

Biological research has originally raised almost all environmental problems to public discussions. Scientific data and evidences are often the minimum requirement for any way out from the problem. However, at the moment political decision makers are trying to ignore scientific truth. This is a new and scary phenomena of this time.

For the scientists, doing science alone is not the only way to try to have an impact on the protection of biodiversity. Scientists need to “put themselves on fire” sometimes and do some rough popularisation of their knowledge. Scientific facts also need to be told in a language that everyone can understand.

What can we learn from the natural environment in Finland in order to tackle major global problems, such as climate change?

Finland and other Nordic countries demonstrate the selfishness of people very well. Even if the standard of living is high, nothing is enough. There is this idea that, if I can get some extra benefit I will, no matter what the consequences are – which is very strong. This is a primitive feature, which rises from the evolution of man. Those who have resources have better fitness. There has never been such evolutionary pressure which would have created the thinking of moderation. Even if we think ourselves as clever beings, we are still slaves of our primitive needs. No matter how educated people are in certain nations. This phenomenon is not only in Finland, but globally behind the ineptitude to solve the problems like climate change, biodiversity loss and pollution.

How does the work you do go towards the protection of biodiversity in Finland?

We can only do our best and try to renew our thinking to find a new solution for the ever increasing problems. One way out is to find new partners and start new types of co-operation between those new partners. Protection of BD needs to be cross-cutting through the whole of society. This can happen only if markets – investors and decision makers together – find the benefits of BD protection. We have tried to absorb learn this in Finland and some success already exists, but we are still in the very early stages of such thinking at the national scale.

How is biodiversity monitored?

Some 10 years ago the EU financed a project called (EUMON), which tried to collect all European BD monitoring together. However, this project was not carried out very well, but it may provide some useful information. In Finland monitoring data comes from 10 different resources, as well as being produced by different authorities (research institutes, NGOs, scientific societies, citizen science, etc…).

In Finland (as with most Northern European countries) species knowledge is at a very high level. The availability of literature is excellent and on social media there are several sites where people can find help for the identification. Thanks to the availability of information, it is easy for everyone to bring small pieces of information for several citizen science systems.

In Finland, the Ministry of Environment and SYKE have “light” coordination on specialist groups for the habitats and species. There are around 15 different species specialist groups and around the same number of habitats specialist groups. In each group there are around 10 specialists. These groups are mainly working on voluntary basis, but the Ministry of Environment provide some small support for the groups (meeting and some travel costs, financing for some small projects). The groups are responsible for strengthening the data gathering and they also carry out the assessments for the red data books. The amount of work they do is amazing. For the environmental sector the financing of these groups is very cost effective.

How are natural habitats protected and monitored to gain further knowledge about them?

The legislative system behind protected areas is complicated. There are several legal “instruments” which can be used for the protection of nature. Depending on these instruments, some areas are more strictly protected than others.

One field which could be mentioned are those inventories which “Metsähallitus” (forest and park service) carries out in state owned forests. They maintain inventories and data from public protected areas. Those inventories cover several taxonomic groups and all habitat types. However, public resources for the inventories are limited and only around 4% of the species data is collected by public authorities, and 96% of species observations are based on citizen science. At the moment all resources which maintain species data together maintain around 50-70 million observations.

Director of the Natural Environment Centre