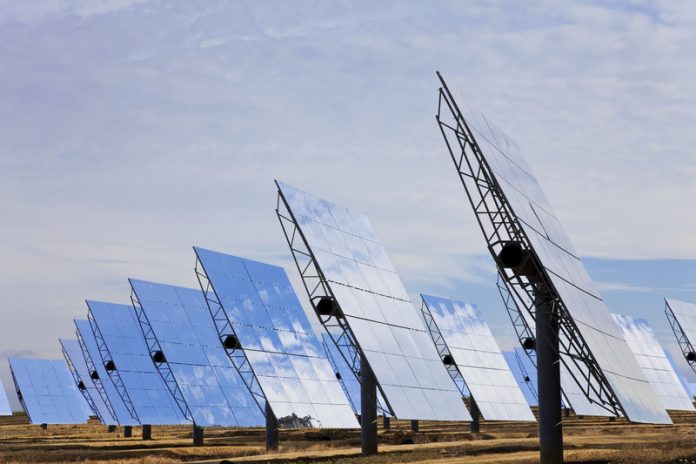 Since 1970, global energy consumption has more than doubled. Conventional resources, in particular oil, natural gas and coal, had a dominant share in supply and also covered most of the growth in demand in the past. Even in 2015, these fossil fuels still accounted for more than 80% of global energy consumption. The contribution of renewables, including non-commercial biomass, was 14%, with nuclear energy supplying 5% in 2015.

Above all it is this sector that is experiencing an unprecedented change in supply structure. The global capacity of renewable power generating installations for example, more than doubled from 1,037 gigawatts at the end of 2006, with average annual rates of more than 7%, to 2,100 gigawatts by late 2016. This means that renewable resources now account for about one-third of global power generation capacity.

Their share in global electricity output increased from 18 to 24% during the same period. This growth by six percentage-points is mainly attributable to developments in wind and solar power. The combined share of these two renewable energy sources that still amounted to less than 1% in 2006 grew to more than 5% in 2016. The contribution made by hydro remained at a constant 16%. Other power sources like biomass or geothermal energy have been able to increase their share in global electricity generation from a total of 1.5% in 2006 to 2% in 2016.

These rapid developments recorded during recent years for wind and solar, in particular, are mainly due to strong financial support granted to renewables, especially in the form of state-guaranteed feed-in tariffs that are valid for many years. This has led to low-risk and, at the same time, financially attractive investment in renewable energy. A transition to larger plants for wind power continued technological progress and the achieved massive cost cuts above all for solar modules have also improved the attractiveness of investment in wind and solar capacities.

The World Energy Council published “World Energy Scenarios to 2060” at the 24th World Energy Congress. The result of the three Hard Rock, Modern Jazz and Unfinished Symphony scenarios explored by the Council is that, depending on the scenario concerned, the share of renewables in global power generation will rise to 40 – 63% by 2060. While, still at 23%, the share of renewables in global power generation was not higher in 2015 than in 1970. Renewables are expected to play a much more important role in the decades ahead. This comparison with developments in the past shows the extent of the transformation that may be expected in future.

The expansion of renewables use for power supply in itself, however, will not be sufficient to achieve the target of limiting the temperature increase to less than 2 degrees Celsius compared to pre-industrial levels that was agreed by the international community of states in Paris at the end of 2015.

An important key to reducing carbon emissions in the heat market and the mobility sector is an increased input of electricity. This requires these sectors to be linked as far as possible. Further strategies involve a boost in energy efficiency and the implementation of carbon capture and utilisation and/or storage (CC(U)S).

Regarding energy efficiency, there is still huge untapped potential that could be exploited with suitable measures in the future. The overall CC(U)S technology chain, i.e. capture, transport and utilisation and/or storage, is in place. For its broad implementation, however, appropriate national framework conditions are indispensable. This applies not only to the development of infrastructure but also to financial support for this technology, which has already been a successful approach in the case of renewables.

Policy parity in the implementation of sustainability goals, especially the ambitious climate plans, ensures that the transformation of energy supply will be cost efficient – a prerequisite for its success.