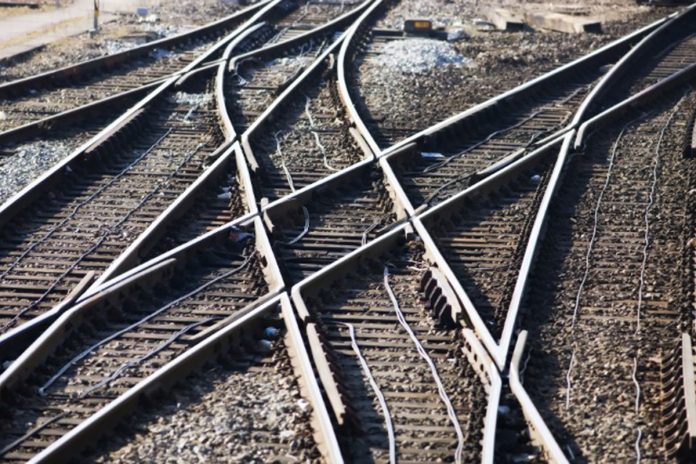 Switches and Crossings (S&Cs) are an essential part of any railway network, as they enable trains to be directed from one track onto another at railway junctions, allowing for necessary flexibility during train operations. At the same time, they are also one of the most vulnerable parts of the railway network, suffering from moving parts and from peak stresses because of their greater geometric complexity, compared to normal tracks. As a critical part of the railway, poorly maintained S&Cs have a detrimental impact on railway operations.

In Denmark, 3000 trains run every day on the 2000 km of the railway network, annually transporting 170 million passengers and 15 million tonnes of freight. In this network, there are roughly 3500 S&Cs, which are currently inspected manually, in a regular schedule by staff from the infrastructure provider Rail Net Denmark, who determine the condition of each S&C. Their work is supplemented by automated inspections with measuring vehicles. Rail Net Denmark has an excellent track record in this respect.

With the aims of reducing inspection and maintenance costs, getting detailed know-how on the degradation process and developing new prognosis tools, the INTELLISWITCH research project was therefore formulated with the following hypothesis:

“By using an interdisciplinary approach, a reliable, intelligent quality assessment with one or more Maintenance Performance Indicators (MPIs) for individual S&Cs can be integrated with existing fault prediction tools (such as measuring vehicles). It can also be used to predict the appropriate maintenance operations in advance, thereby significantly decreasing the number of regular manual inspections.”

To achieve our goals, it was clear from the start that a multidisciplinary approach would be needed, and that substantial funding should be available. Added to this, a close collaboration between Rail Net Denmark and academia would be critical. The funding was assured through the Innovation Fund Denmark, who support the project with 12.7 MDKK (approx. 1.7 MEUR).

Each work package has a leader from the Technical University of Denmark, as well as a “business owner” from Rail Net Denmark. This is to ensure that those of us at the university are always aligned with the practical needs of the project and remain grounded in what we do. In our opinion, this organisational model functions extremely well. An overview of the project organisation into work packages (WPs) is given in fig 1.

Progress so far and the priorities moving forward

The first task of INTELLISWITCH in WP1 was to acquire a sensor system to be mounted in a selected S&C, which could continuously capture data of the right type, format and quality from designated measurement points on the S&C. As a requirement, the installation should not involve any modification of existing track components and the sensors should be mounted either in sleeper drilling zones, or on rail pieces. Based on a limited tender process, a measuring system consisting of several 2-axel accelerometers (vertical and lateral measurements), vertical displacement sensors and wheel sensors was delivered and mounted on an S&C in Funen, where 80-100 passenger and freight trains pass daily.

After various challenges, including connection and mounting issues as well as problems with the tough environment, the system has now been delivering data for about a year, which is being used in the other work packages for identification of changes over time in both the superstructure and substructure of the S&C.

The next focal point for the INTELLISWITCH, is the development of a robust signal-based condition monitoring system for both the diagnosis and prognosis of the health state of the S&C (in WP2). Towards this end, research has been conducted to identify a low-complexity behavioural model of the turnout, which can be used to predict the vibration levels associated with trains. In particular, the identified model is tuned to closely capture the contributions of the ballast layer and rail pad to the overall infrastructure vibration. The predictive capability of the model is tested against the measured vibration data when trains at different speeds pass the selected S&C on Funen. An excellent agreement between experimental and modelling data has certainly been achieved.

In WP3, a novel methodology to carry out track degradation assessment in the S&C is implemented, by using a commercial multibody dynamic software. The process is divided into two different phases. In the first one, a train/track interaction analysis is developed and assessed by evaluating the contact forces between the train and the track. In the second phase, the forces at each particular support element, beneath the rail, are taken out and transformed by applying a degradation law, into vertical displacements that in turn are applied as longitudinal level irregularities in the corresponding rail nodes. The process is completed by including the updated geometry, enabling the continuation of the calculations, in a loop mode (see figure 2), considering as many cycles as required.

In the metallurgical work package (WP4), the damage and degradation of Hadfield type manganese steel crossings have been investigated, using metallographic techniques such as 3D X-ray tomography and microscopy. A detailed characterisation has been made with reference to the measured hardness profiles, a microstructure of plastically deformed material, strain distribution, as well as nature of the crack network. It is observed that the deformation hardening at the running surface, where there is wheel-rail contact, of the crossing nose as well as the wing rails extends deep within the material to depths up to several millimetres. Upon wheel transitions between the wing rail and crossing nose, an impact will occur which causes cracks to form. These cracks networks have been characterised non-destructively, using X-ray tomography, an example of a 3D reconstruction of a crossing nose is shown in figure 3.

Whereas each of the above-mentioned WPs (2-4) will develop MPIs focusing on their specific discipline, e.g. the metallurgical degradation, WP5 will try to take advantage of all these, plus relate the new data from the sensor measuring system to existing Rail Net Denmark data. The latter are both manually measured data on unloaded S&Cs, as well as loaded data obtained by the measuring vehicles passing the S&Cs.

Earlier investigations have relied on using just one value to characterise the S&C. This is not recommended, due to the complexity of the S&C. The S&C is therefore split into three different regions, (a) the switch panel, (b) the closure panel, and (c) the crossing panel. Thereby the unique mechanical behaviour of the three regions can be investigated. Now the MPIs can be defined based on the local values. Finally, we aim to extract important features, by lowering the dimensionality of the data taking advantage of the correlation structure among the variables.

In short, the progress so far is very positive – indeed several models for the response of the S&C to train passage, including degradation, are in place, deformation mechanisms of the metallic parts have been identified and the various measurement data are in the process of being aligned.

We are therefore confident that a series of MPIs can be deduced, to create a basis for more intelligent data-driven decision support to both the maintenance and renewal of S&Cs. This will reduce life-cycle costs and ultimately increase future reliability, punctuality and the safety of the railway infrastructure. Improving passenger comfort and travel experience will make rail travel more attractive, as well as being a major step towards ensuring a more sustainable transport sector.