Key to the health of coral reefs, scientists reveal that sea sponges are among the earliest animals to grace planet earth

University of New Hampshire scientists have revealed a new understanding towards the complex evolution of sponges and the microbes that live in harmony with them.

The genomic time machine allows researchers to predict aspects of reef and ocean ecosystems over hundreds of millions of years of dramatic evolutionary change.

“The sponges hold complex communities of microbes. This study shows that these communities offer clues to sponge evolution and function.”

“If we can reconstruct the evolutionary history of complex microbial communities, we can say a lot about Earth’s past,” says study co-author David Plachetzki.

“This research could reveal aspects of the chemical composition of the Earth’s oceans going back to before modern coral reefs existed, and it could provide insights on the tumult that marine ecosystems experienced in the aftermath of the greatest extinction in history, which took place about 252 million years ago.”

Characterising near 100 sponge species from across the Caribbean, the team used machine-learning to model the identity and abundance of every member of the sponges’ unique microbiomes — the community of microbes and bacteria that live in them.

The scientists found two distinct microbiome compositions related to different strategies sponges use for feeding and protecting themselves against predators — even among species that grow side by side on a reef.

The biologists found that one of the microbiomes extends back to when Earth’s oceans underwent a significant change in biogeochemistry that coincided with the origins of modern coral reefs.

Four ways to protect the future of coral reefs

From this research it has been made clear our corals and the microbes within have existed for millions of years these reefs are vital to our environment and the lives of millions of species.

Here are some quick ways to ensure you’re doing everything you can to protect them: 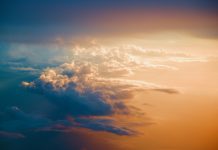 Ozone is heating the planet more than scientists previously thought