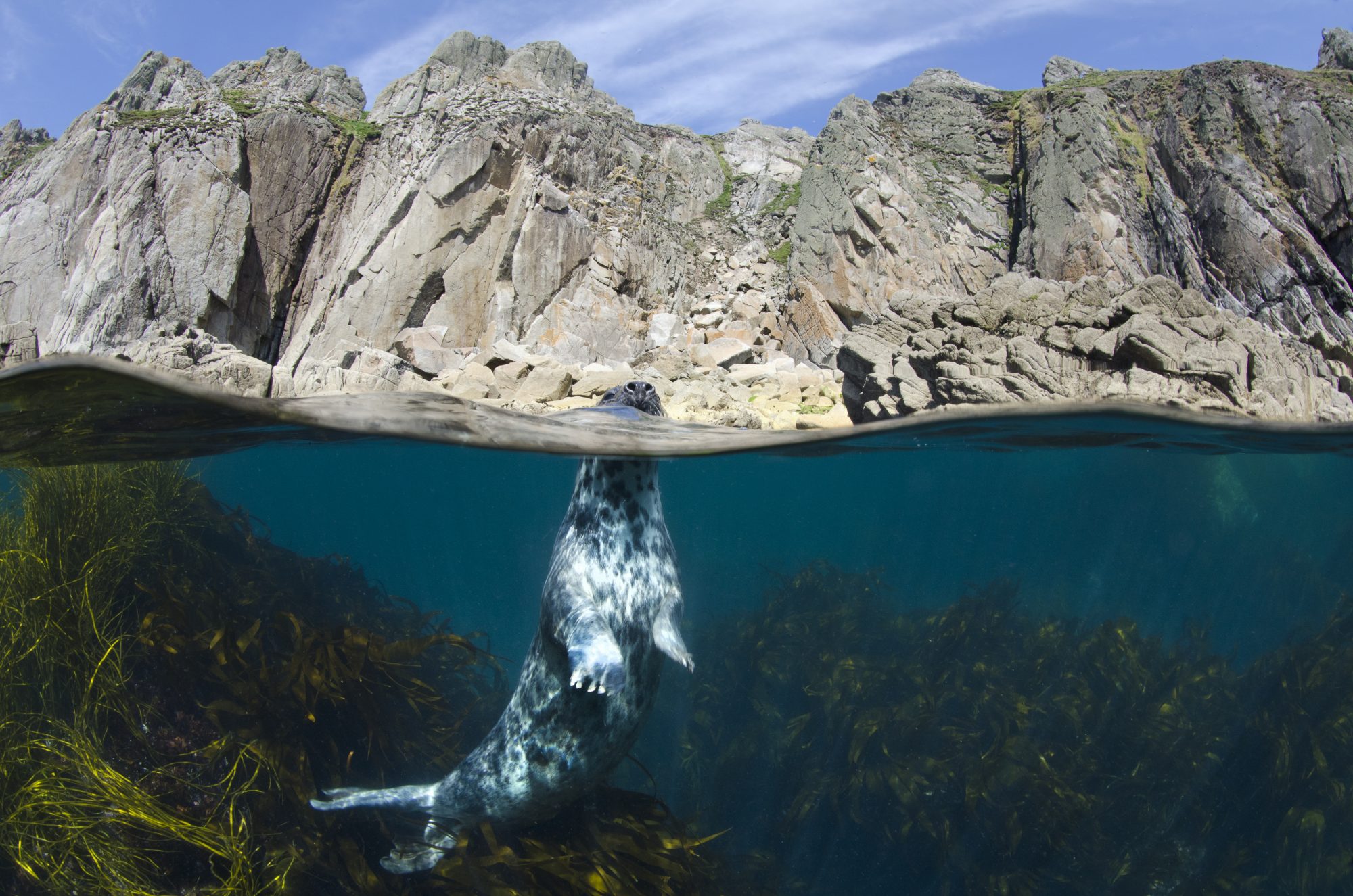 Dr Lissa Batey, Senior Policy Manager, The Wildlife Trusts shares with us the highlights of the extraordinary diversity and beauty of UK marine wildlife

The Wildlife Trusts’ first ever annual UK marine review is a timely reminder of how precious our seas are; not just for their amazing range of marine wildlife, but for people too. Plankton in the oceans provide oxygen for us to breath, and from family rock pool rambles to fresh fish for the table, healthy and sustainably managed waters around our coast are key to our future.

Whether it’s community groups like Guardians of the Deep, Coastbusters, or ShoreThing, people are grasping the importance of our seas. Last year, thousands of marine volunteers and citizen scientists helped Wildlife Trusts survey sea and coast.

With its diversity and beauty, UK marine wildlife matches more ‘exotic’ species found in distant oceans; after all, the sea is home to half of our wildlife. It was a bumper year for divers’ sightings of intelligent hunters like the curled octopus, which uses colour changing camouflage to stalk prey, and brightly coloured solar-powered sea slugs called nudibranchs.

For the first time, Ulster Wildlife surveyed a vast seagrass bed on the floor of Glenarm Bay, an underwater meadow which is a vital nursery for young fish like gurnard, and flatfish. In Cornwall alone, over 3,000 records of marine species were submitted including seals, dolphins and baleen whales.

Shore surveys covered beaches, gathering information and monitoring areas with special marine protection. Last year, for the first time in 33 years, one of the UK’s rarest seabirds, the diminutive Little Tern, successfully fledged chicks at Cumbria Wildlife Trust’s South Walney Nature Reserve. Nesting on a gravelly shore, the reserve offered a quiet and wild place, free from disturbance, which is vital to help these birds recover.

At Gibraltar point, an unspoilt coastline looked after by Lincolnshire Wildlife Trust, August saw an unprecedented number of sanderlings return, small wading birds which dance about the waterline searching for crabs and fish. Over 10,000 were counted in one roost, which may be the highest count for sanderling in the UK.

Alongside recording wildlife treasure, volunteers tackled the trash; litter and in particular plastic which is so damaging to birds and marine creatures.

On Alderney, for example, plastic is now present in almost 100% of gannet nests largely from fishing industry rope or line. This plastic mass continues to build up, posing a significant risk to chicks and adults alike as they become entangled or end up eating it.

Community beach cleans removed thousands of bags of rubbish, Northumberland Wildlife Trust alone cleaned up 24.5 tonnes, even from remote and wild shores; whilst 60 shopping trolleys were reclaimed from the Kentish coast!

Although individual conservation action is vital, it’s national policy which will drive lasting and sustainable change. For the past 10 years, The Wildlife Trusts have campaigned to secure a ‘blue belt’ of protected sea areas off UK coasts, with positive results.

The Lyme Bay Reefs, in waters off the Dorset and Devon coast, are one of Britain’s most spectacular marine landscapes – yet they were once in danger of complete destruction. More than 300 species of plant and animals live there, including the nationally protected pink sea fan and the extremely rare sunset cup coral; Devon Wildlife Trust’s long-term survey work in the Bay helped establish the need for protection.

After years of campaigns, fishing gear which was towed along the sea bed for scallop dredging was banned in the area, protecting the fragile sea bed. Just two years later the wildlife had begun to recover, sea fans and sponges returned, covering the sea floor in colour. Species thought to live only on reefs began to grow between cobbles and pebbles, able to thrive on this habitat once the pressure of dredging was removed. Lyme Bay was subsequently designated as a Special Area of Conservation.

In 2009 an act was passed, paving the way for a new type of protected area in English seas – Marine Conservation Zones (MCZs). The first was created in 2013, and there are now 50. Each MCZ is unique, but one of the first, the Manacles MCZ, on the southern coast of Cornwall shows what can be achieved.

Covering a series of rocky outcrops, the Manacles MCZ protects delicate beds of maerl – a type of hard seaweed that forms living reefs, with species like the threatened spiny lobster, and the stalked jellyfish. Once the Manacles became an MCZ, the use of bottom towed fishing gear was prohibited within the area, protecting these fragile and threatened features.

We need more examples like this to drive recovery. Fifty MCZs are a great start, but to truly look after our seas we need a complete network of protected areas around the UK, covering examples of every kind of habitat and threatened species. This year, we’re looking forward to another set of Marine Conservation Zones being created. The UK Government is currently considering 41 new MCZ’s, which together with those already in place, would go a long way to reverse current marine wildlife declines, making a vital contribution to restoring healthy seas.