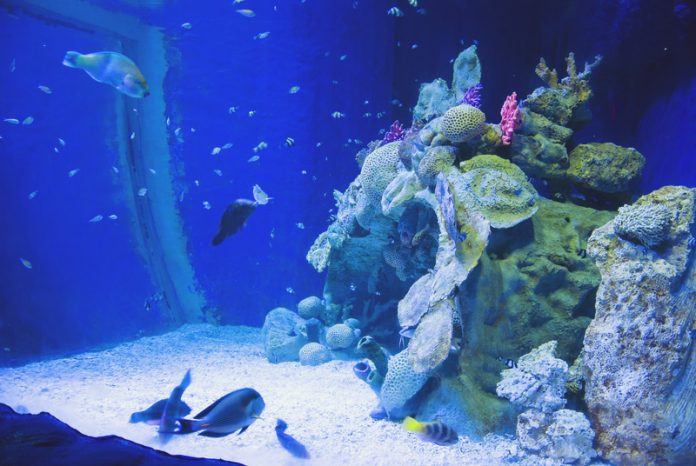 Marine biodiversity, the global climate and our economy and social wellbeing all depend on healthy seas. Despite some improvements, our assessments show that the way we currently use Europe’s seas remains unsustainable. Climate change and competition for natural resources add extra pressures on the marine environment. European policies and measures could result in greater improvements when they are implemented through an ‘ecosystembased management’ approach and are supported by a global ocean governance framework.

Europe is surrounded by oceans and seas, which, throughout history, have shaped its climate, economy and society. The sea has provided jobs to coastal communities and nutritious food across Europe. Maritime trade routes have brought goods along with new ideas and innovation, while ocean currents transport heat from the tropical regions towards the poles, making the climate in northern Europe more suitable to human settlement.

In fact, oceans cover about 70% of our planet’s surface and they play a key role in sustaining life on Earth. They are home to a multitude of species and habitats, and every year, new species and habitats are discovered, each with unique characteristics. In addition to regulating the global climate and supporting biodiversity, oceans are also the largest carbon sink. They capture carbon dioxide from the atmosphere and help tackle climate change. They also provide job opportunities.

According to the European Commission, the ‘blue’ economy represents roughly 5.4 million jobs and generates a gross added value of almost €500 billion a year.

Unfortunately, oceans, including those around Europe are under growing pressure from human activities and climate change. Recent assessments clearly indicate that marine ecosystems are being degraded or are changing. Climate change induced temperature increases, and potential ocean acidification can further weaken the ecological resilience of Europe’s seas.

A large part of the pressures arises from activities at sea, such as the extraction and production of natural resources (minerals, fish, shellfish, etc.), transport and energy production, or pollution, including discarded fishing gear.res

For example, intensive bottom trawling causes physical damage to the seafloor, damaging habitats. Or ballast waters introduce alien species, which can affect entire ecosystems, in particular in regional semi-closed seas like the Baltic Sea and the Black Sea.

Land-based activities – such as the use of agricultural fertilisers and industrial chemicals, and wastewater – add to the pressures. For example, industrial fertilisers contain chemicals like phosphorus and nitrogen, which upon reaching the marine environment act as a nutrient causing, among others, algal blooms. This excess growth in algae can deplete the oxygen in the water, whereby suffocating other aquatic species.

Similarly, plastic packaging and microplastics used in personal care products reach oceans through wastewater systems and rivers. Plastics get fragmented and small pieces are mistaken for feed by many marine species and can be fatal. They even enter our food chain. Global and European demand for raw materials and other resources entices countries and companies to explore new opportunities beyond terrestrial and coastal zones, which could mean additional pressure on the marine environment.

Recognising both the ecological and economic importance of Europe’s seas, the EU has put in place a range of policies and measures, related to planning and regulating the sustainable use of Europe’s seas covering many activities such as fisheries, offshore energy production, and protection of marine biodiversity.

The Marine Strategy Framework Directive, adopted in 2008, aims to ensure coherence between such EU policies and sets three goals for Europe’s seas: to be ‘productive’, ‘healthy’, and ‘clean’. These efforts are aligned with the EU’s Blue Growth agenda – a long-term strategy to support sustainable growth in the marine and maritime sectors, which is accompanied by the Maritime Spatial Planning Directive. The EU policy in this domain is also aligned with the Sustainable Development Goals, Goal 14 and Goal 6 in particular.

Based on the data available, the EEA assessment ‘State of Europe’s seas’ concluded that although Europe’s seas can be considered productive, they cannot be considered healthy or clean. Nevertheless, there are improvements in some areas. For example, EU Member States have already designated more than 9% of their seas as marine protected areas. Similarly, the pressures on fishing and nutrient loading seem to be easing. Despite these improvements, however, the way we use our seas remains unsustainable and threatens not only the productivity of our seas but also our wellbeing.

Seas are part of our European natural capital and their protection and exploitation require a European and ecosystem-based management approach, which need to go beyond sector-specific measures. Many of the pressures are linked to unsustainable consumption and production patterns or land-based human activities activities or demands. Given this, improving municipal waste management (fewer plastics in nature) or switching to cleaner transport modes (lower greenhouse gas emissions) can help the marine environment as much as improvements in sustainable practices in fisheries.

In recent years, EU policies, such as the circular economy package, the climate and energy package and low-carbon strategy, have increasingly been moving towards comprehensive approaches to tackle wider socio-economic and environment-climate challenges.

In the context of the marine environment, a comprehensive approach would entail adopting ecosystembased management and bring together different governance forums within the EU, such as those under the Common Fisheries Policy, Maritime Spatial Planning Directive and the Marine Strategy Framework Directive.

As in many other global challenges, such as air pollution and climate change, ensuring the health of Europe’s seas also requires a global approach. To facilitate global cooperation and to address issues linked to global ocean governance, the European Union hosted the 2017 edition of the ‘Our Ocean’ conference in Malta in October. At this occasion, the European Environment Agency and the European Commission also presented WISE-Marine, a platform for sharing information on the marine environment at European scale to support ocean governance and ecosystem-based management.