“If I have seen further, it is by standing upon the shoulders of giants”, Sir Isaac Newton.

In today’s world, where studies of celestial events via the Hubble Space Telescope or the relatively new observations of gravitational waves seem to be commonplace, it is hard to remember that there was a time where even the thought of studying anything in the heavens was the exception rather than the norm. The race to get to the moon may have captured the imagination of not only the U.S., but of the entire world, but, science, for the most part, would have to take a back seat until an appropriate moment occurred. But even as the Apollo missions were underway, NASA was looking to the future of space travel, where science would be the banner under which those missions would fly.

Those missions proved to arrive a lot sooner than anyone had thought when America’s first space station, Skylab, became a reality. When it launched on May 14, 1973, Skylab carried the largest array of scientific equipment ever flown in space! A total of 58 separate experiments were subdivided into four categories, Earth Observations, Medical, Corollary, and the Apollo Telescope Mount (ATM). It was observations made from the ATM which redefined human understanding of our solar system, and indeed our universe.

The goal of the ATM was to improve human understanding of the Sun and to help uncover the influence it had on the Earth. During the Apollo planning stage, George Mueller saw the need to expand upon technology developed for the moonshots in order to maintain the brain-power acquired at NASA. The Apollo Applications Program was a direct result of this, and several proposals were made, two of which would see reality. An orbiting workshop/space station was one idea, and an orbiting telescope was another. Originally the orbiting telescope would be a separate entity to the space station, but it was soon realised that a combining of the two into one project would be desirable, especially when the cancellation of Apollo 18, 19 and 20 would allow a Saturn V to be made available for the Skylab program. The original proposal was for the space station to be a “wet” workshop, meaning that the Saturn 1B carrying the space station, would also be fuelled. Once in orbit, remaining fuel would be extracted and the space be then utilised as the workshop interior. With the more powerful Saturn V, a “dry” workshop would be possible negating the need to have the to-be-used work environment to be filled with fuel.

The ATM subsequently became an essential part of Skylab. Observations unimpeded by Earth’s atmosphere would be directed at celestial objects, the main focus being our Sun.

Scientists leapt at the change to observe solar activity, and it was agreed upon that a focus on the Ultraviolet spectrum would allow a greater understanding of the Sun by observing the spectrum beyond that of visible light. Six separate numbered experiments were performed during the three missions aboard Skylab:

S052 – White Light Coronagraph. This experiment was designed to observe the Solar Corona with an extended radius of up to 3 million miles. For the first time, these observations would be made outside of the Earth’s atmosphere to facilitate the study of fast-moving matter from the Sun.

S054 – X-Ray Spectrographic Telescope. Sequential photographs of events that produced X-rays would allow researchers to gain valuable information on the temperatures of such events.

S055A – Ultraviolet Scanning Polychromator-Spectrohelieometer experiments were performed to observe changes over time in the ultraviolet wavelength when observed at specific locations on the Sun’s surface.

S056 – Extreme Ultraviolet and X-Ray Telescope would photograph explosive areas of the Sun’s surface, in particular, to study the effects outside the visible wavelengths of light.

The results obtained by the Skylab solar observations were unprecedented in human history. A CBS evening news report made on November 15, 1973, by Morton Dean stated that it would take a decade or more to analyse the more than 150,000 photographs taken during the Skylab missions, and that was before the final crew starting their 84-day record-breaking long-duration stay on board.

Rewriting the textbook on Solar Physics

Indeed, one researcher in the same telecast claimed he would be able to spend one year analysing just one photo, and not run out of points of interest! This statement was backed up decades later by ESA Astronaut Dirk Frimout who stated at the 2017 ESTEC Open day in Noordwijk, Netherlands, that there simply aren’t enough scientists available in this area of speciality to have had the material analysed fully.

Skylab has, however, managed to single-handedly rewrite the textbook on Solar Physics. The experiments and results set the benchmark for scientific research in the space industry. The small steps taken back in 1973 laid the foundation upon which all research of the universe has been built upon. Bold words? Perhaps.

The fact that Skylab occurred directly in the shadow of the Apollo lunar missions, belies the fact that the incredible science experiments propelled humanity forward in ways that are still being counted today. 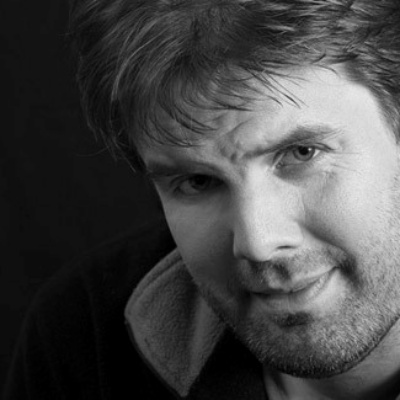