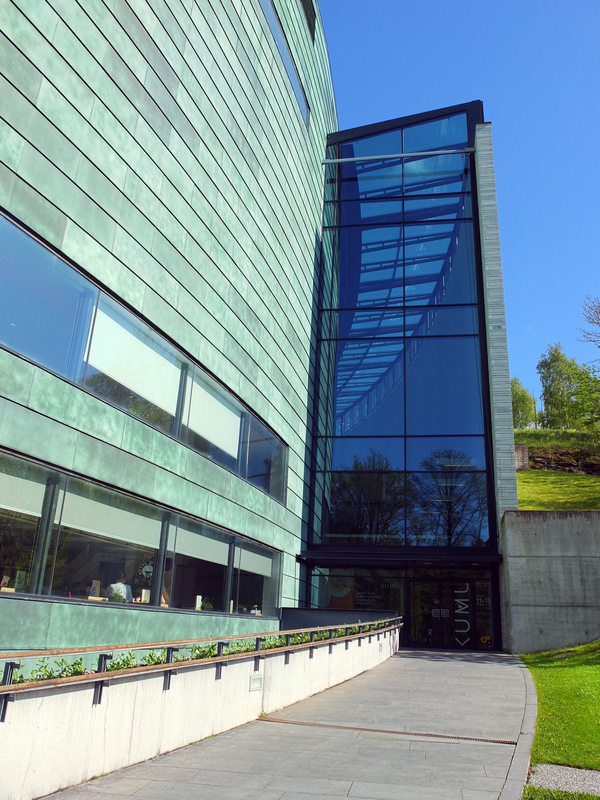 Sirje Helme, Chief Executive Officer, Art Museum of Estonia shares how Estonian art will be brought to the forefront as the nation celebrates its centennial

The Art Museum of Estonia is Estonia’s largest art museum. It is comprised of 5 separate branches, which house both a local and international art legacy, from the medieval St. Nicholas’ Church, where sacral art is displayed (including one of the largest northern European late-medieval winged altarpiece and the unique 15th-century Danse Macabre from Bernt Notke’s workshop), to the 11-year-old modern museum building Kumu, which was named the European Museum of the Year in 2008.

The coming years of 2017 to 2019 are going to be truly special for the museum. In 2017 Estonia serves as the European Council presidency, in 2018 the Republic of Estonia celebrates its 100th anniversary, and in 2019 the Art Museum of Estonia will be 100 years old. To worthily celebrate the museum’s and the state’s centennials, we have decided to introduce Estonian art in other European countries.

Exchanging expositions and showing one’s cultural heritage in other places is common in international practice, but as representatives of a small nation we have to try harder than many other countries or museums. We have many wonderful works of art, a strong historical legacy and excellent contemporary artists, who are invited to display their oeuvre all over the globe. Still, a lot of work needs to be done to make others aware of our culture and to keep it alive and thriving. The upcoming events have motivated us to organise several major overview exhibitions of Estonian art in various European locations.

In September 2017, we will open the exhibition Archaeology of the Screen at the BOZAR Centre for Fine Arts in Brussels. The exhibition focuses on technological utopias that influenced our art in the 1960s and have now become significant parts of our country’s success story. Digital culture does not, however, mean only progress, as it has raised some serious issues in the arts arena and in connection with our whole way of life. It is significant that the first display in our series of events is dedicated to contemporary art, particularly art that examines the technology-centred world-view.

A month later, we will open an exhibition of the oeuvre of Konrad Mägi, a great classic modernist painter from the beginning of the previous century, in Rome in the Galleria Nazionale d’Arte Moderna. Mägi’s exceptional sense of colour and pantheist approach to nature represent the connection to nature not in the sense of landscape painting, but rather in the sense of abstraction and universality. I am convinced that the nearly century-old paintings are as significant to the viewer as works that delve into our complicated current issues.

Estonia is not the only country celebrating 100 years of history: our neighbours Latvia and Lithuania, with whom we are linked via similar historical experiences in the 20th century, also celebrate their centennials in 2018. On this occasion, we will open a joint exhibition at the Musée d’Orsay in Paris to show our art from the beginning of 20th century, when tumultuous times of World War I, which gave rise to many a nation-state. Paris was the dream destination of all artists in those days, as it was the heart of the artistic scene of the early 20th century. The exhibition to be displayed in the newly renovated wing of the Orsay Museum in April 2018 will also be shown at the Kumu Art Museum in Tallinn in the autumn of the same year. Being geographically close, it would be great for the Baltic countries to get to know each other’s art history a bit better, so the cultural overview of the past century serves as an opportunity for comparison.

Our most ambitious project will be the joint exhibition Estonian Painter at the Courts of Renaissance Europe, with the National Gallery of Art in Washington, which will open in the States at the beginning of 2018, from June to September it can also be viewed at Kumu. The artist Michel Sittow, born in Tallinn in the 15th century, probably studied in Bruges under the guidance of Hans Memling, and became known for his extremely fine brushwork. Sittow received commissions from a number of important royal families. His fate and artistic talent led him to come into contact with a number of persons who have played important roles in the history of Europe and the world as a whole, such as Isabella I of Castile, Philip the Fair, Margaret of Austria, Christian II of Denmark and Charles V, Holy Roman Emperor. Working in different courts, he adopted influences from French and Spanish court art, synthesising techniques and styles of various schools. The true Renaissance travelling artist spent the last days of his life in the town of his birth, Tallinn.