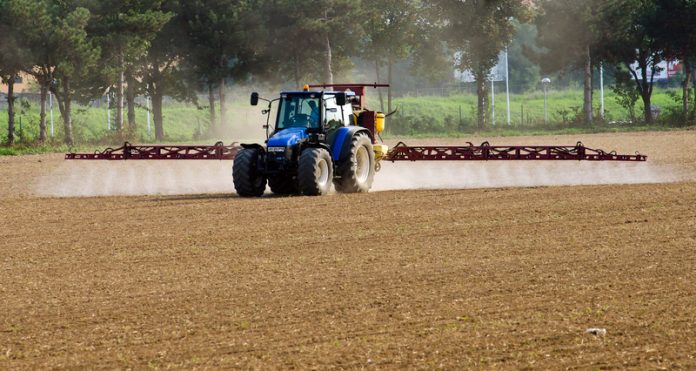 Today we live in an era where misinformation can spread at an alarming speed and where the intuition of what should be right is more important than what is fact. An era of Facebook science, of twitter science, where science is judged not by its voracity but based on the number of likes it received or the number of times it was retweeted.

Industry studies are not biased

There are 90,000 pages of evidence and 3,300 peer-reviewed studies, and regulatory authorities around the world that support the re-approval of glyphosate. Only the International Agency for Research on Cancer (IARC) has said that it is probably carcinogenic and that is the one study – an outlier – that those opposed to its approval, hang on to; dismissing all other studies for a host of non-scientific reasons.

One of the main accusations is that the science that the industry produces is biased, as it is of course self-serving. What is forgotten is that all studies that we carry out have to be in accordance with demanding international standards such as the OECD’s Good Laboratory Practice (GLP), and must be performed by certified third-party laboratories. These standards ensure that all data submitted is of high quality and is reliable testing data. This is why ECHA and EFSA have considered our studies in their reviews.

Industry studies are not hiding anything

This also means that all our studies can be reproduced – so any researcher considering the same parameters will arrive at the same conclusions. We are also very often accused of not submitting data that would be unfavourable to us – that is simply not true. All tests – whether we like the result or not – must be submitted; there is no cherry picking.

Anyone is free to submit studies into the approval process if they can meet these standards. The conclusions of studies that do not meet standards, like GLP, are not reliable and cannot be reproduced.

Unfortunately, this doesn’t stop them being published or influencing the public debate because NGOs, of course, don’t want to point out the inherent weaknesses in their conclusions.

Regulators are not “in the pocket” of industry

In almost all cases, summaries of the aggregate data are released to the public by regulators, industry, or both. For Glyphosate, on the basis of full transparency, an Open Reading Room in September and October 2016, whereby any person could come and review all of the documents in a searchable, electronic format.

Perhaps there are better ways of making this information available – however, it is wrong to say that the data is being hidden.

The requirements for such studies are so robust that they leave no chance for the company’s own interpretation or for the omission of data. They are not essays – we submit hard data to the regulator. The company submits more than 100 tests covering chemistry, biology, toxicology and environmental chemistry. In 2008 it took 8 years to develop and register a product, now it takes 11. This is mainly due to the increased level of tests that the companies need to conduct and submit. The European process is the most stringent in the world. This is why Europe enjoys the safest food in the world.

Very often we hear that these evaluations should be based solely on studies from “independent” scientists and laboratories. Because Europe’s regulatory authorities have such strict and requirements for safety evaluations, to meet OECD’s standards, the cost to fund such evaluations is incredibly high. The total amount to develop and register one substance is around € 250 million – this is increasing all the time. As such, in the EU’s current regulatory system, the only viable option is for regulators to require that companies fund these studies themselves through third-party, GLP certified laboratories.

The alternative is the use of tax money or other public funds for this purpose. This would of course significantly reduce the cost for the manufacturer, who is ultimately the main party that would benefit from the commercialisation of the approved substance but doesn’t seem particularly fair on public funds.

On the other hand, anti-pesticide activists often promote non-industry funded studies and claim such studies as “independent,” while in reality such studies are typically developed and funded by special interest groups.

The propensity for NGO papers to be hailed as an “important new study” while a rigorously researched, industry-funded study is dismissed as an “industry cooked report” needs to end.

Originally published at www.linkedin.com on April 26, 2017.