Emilie Prouzet, Member of the European Economic and Social Committee, Employers’ Group (Group I), discusses how the cost of non-Europe represents thousands of missed opportunities to deepen the internal market

Almost 35 years after the publication of the Cecchini Report on the “cost of non-Europe”, the issue is resurfacing as a relevant and useful perspective for advancing the debate on further European integration.

The central idea of the concept of “non-Europe” is that the lack of common action at European level can lead to the economy as a whole becoming less efficient. By contrast, in specific sectors, pooling resources at EU level would enable us to build a genuine economic, industrial and technological identity. The potential economic benefits of a specific action can thus be measured in terms of the additional gross domestic product (GDP) generated, public savings or other expenditure.

Nothing can be taken for granted

The Czech Republic has focused on this aspect for its presidency of the European Union (July – December 2022), to build the strategic resilience of the European economy and deepen our single market. In Europe, we have the acquis communautaire. This is the sum of everything that we have managed to build together, and our single market should be a perfect illustration of this. In reality, however, nothing can be taken for granted, and the situation is getting worse.

Non-Europe is the fragmentation of this market. There are 27 separate governments that regulate our economies and our jobs, but also global issues such as sustainability.

40 years ago, European workers worked on average one week a year to finance “non-Europe”. Five years later, non-Europe represented a loss of €8 billion for businesses. In 2019, the collective cost of this fragmentation was estimated at €990 billion.

To fully understand the issue here, if barriers to services are reduced by 50%, the potential benefits amount to some €279 billion in additional GDP per year. A reduction of 80% would amount to €457 billion in benefits.

This is not really a financing problem: promoting free movement of goods

Let us also tackle barriers to the free movement of goods. These represent between €228 billion and €372 billion in economic benefits per year. The European Parliament debated these amounts in May. The figures are there, and they are substantial.

This is unusual, to say the least. Notification, use of regulations, maximum harmonisation, etc… we have the tools to make this single market work and reduce the cost of non-Europe.

Ultimately, non-Europe is also and above all our failure, the failed legitimacy of our work in the institutions, because each Member State seems to want to do better or differently on its own territory, by going back on the work that all had agreed on in Brussels and changing it.

The absolute need to convince

The report that the EESC has drawn up for the Czech Presidency is based on facts, to highlight the cost of non-Europe. It also recommends that a number of tools be used to address this problem. But it also highlights the absolute need to convince ourselves, as well as national legislators, governments and European citizens, that the European solution can take account of our specific characteristics, that it represents the best solution for cross-cutting and collective issues.

We must succeed in prohibiting any form of commercial, social, regulatory, fiscal or environmental dumping that distorts competition in our market.

A well-functioning single market is an essential prerequisite for our “open strategic autonomy”.

I do not think that the work will stop with the report’s adoption. It will still have to be put into practice. Preaching the good word in Paris, Berlin, Prague, Bratislava,… fixing non-Europe is above all a question of will, and not just political will, and each Member State will have to be convinced one by one. 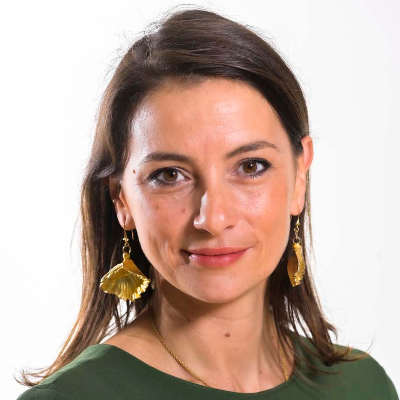