The Digital Services Act (DSA), a European attempt to place digital regulations on tech giants like Facebook and Google, passed with a strong majority

Europe has been attempting to create digital regulation on tech giants like Meta, parent company of Facebook, for a while. Since the testimony of Frances Haugen, Facebook whistleblower, hopes for the regulatory power of the DSA have been elevated.

What is the DSA?

The Digital Services Act suggests that targeted online advertising and illegal content are the responsibility of the platform owner. Algorithm use should be more transparent, and researchers should also be given access to raw data to understand how online harms evolve. There is also a clause for an oversight structure, which would allow EU countries to essentially regulate regulation.

Violations could in future be punished with fines of up to 6% of a company’s annual revenue.

“The Digital Services Act could now become the new gold standard for digital regulation, not just in Europe but around the world,” Christel Schaldemose, lead EU lawmaker on the bill, said during a debate on Wednesday.

“Big tech nations like the U.S. or China are watching closely to see what we’re now going to agree.”

According to Corporate Europe Observatory, there were 613 lobby meetings happened between MEPs and tech representatives since the Commission first proposed the Digital Service Act. Among them, Google, Facebook, Amazon and Microsoft had the most facetime with lawmakers.

Tech firms are one of the most lucrative lobbying veins in the EU, with companies paying a lot of money to influence future policy decisions. However, European parliament passed the draft DSA, containing strict regulation on data-tracking advertising, despite the prevalence of the tech lobby.

The draft Bill is one half of a dual-digital regulation package. The other policy is the Digital Markets Act (DMA), which would largely look at tackling online monopolies.

The DSA and DMA have two main goals:

Similar efforts to regulate online harms have been going in the UK since 2018, failing to become legislation. In testimony given to UK lawmakers in late 2021, Ms Haugen explained how Facebook enabled the US capitol riots of 6 January, 2021.

At some point, she explains, the Facebook team should have stopped amplifying content that promoted plans of attack. But AI kept working to share more content about the impending riot and then even live footage of the ongoing violence. She clarified, despite “conscientious” and good people working there, nothing meaningful was done to stop it.

She also said that “legal but harmful” content was a key part of what hurts people online. Many of the materials that are circulated, which impact mental health and encourage radicalisation, are not technically illegal.

This gives moderators a loophole when faced with such materials, enabling further harm.

If the EU member states reach agreement with parliament, then the rules will be horizontally applicable across the bloc. 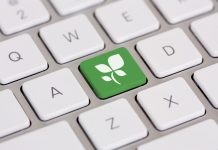