Home Open Access News Environment News The role of algae in sustaining our planet – past, present and... 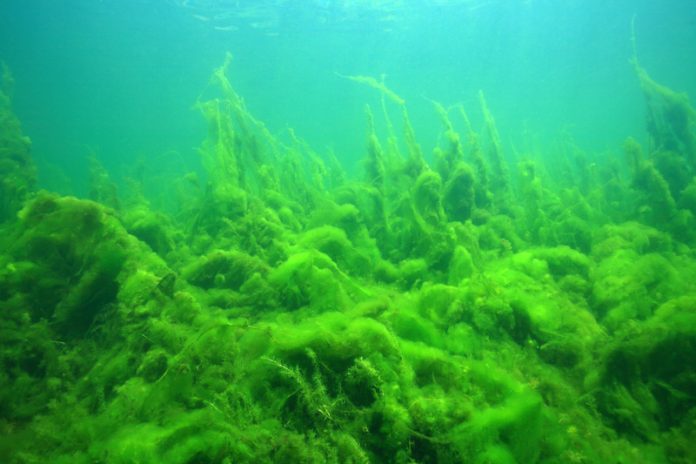 Dr. Jaime L. Toney from the University of Glasgow highlights the vital role of algae in human existence, in both shaping and understanding the planet

Algae occupy a place at what we often refer to the as the bottom of the food chain; however, this language dismisses the exceedingly important role of algae in human existence, shaping and understanding the planet, and becoming an increasingly important resource for living sustainably.

Rather than being at the bottom of the food chain, algae should be recognised as a vital key to supporting all of life, with the unique ability to turn light energy from the Sun into carbon-based molecules that society harnesses and uses in countless ways. We rely on algae for their nutrients and proteins, but most importantly their lipids.

Lipids are molecules that are made up of carbon and hydrogen atoms and serve as the building blocks of countless other molecules. The most basic hydrocarbon lipids, such as, n-alkanes and fatty acids, provide the basic structure from which many other lipids are derived.

Lipids have a range of functions within algae and other organisms, such as structural features of the cell membrane (e.g., phospholipid fatty acids), energy storage (e.g., triglycerides), hormone precursor molecules (e.g., sterols), pigments (e.g., chlorophyll), and toxins – such as those involved in harmful algal blooms.

The significance of algal lipid research can be see through how often scientists reference algal lipid papers. While the field began in the mid-1950s when scientific papers received <10 citations, the citations have increased exponentially. In 2010, algal lipids papers received just under 6,000 citations, and only six-years later, they were cited >20,000 times (based on Web of Science, Clarivate Analytics).

Supporting Life and Shaping the Planet

Single-celled blue-green algae, or cyanobacteria, were the original, microscopic organisms that photosynthesized carbon dioxide (CO2) from Earth’s early atmosphere and converted it to oxygen (O2) some 2.45 million years ago1. This process made the world habitable by more complex organisms, like modern humans who showed up some 200,000 years ago.

Studies show that the algal lipids classed as fatty acids, such as omega-3 long-chain polyunsaturated fatty acids (LC-PUFAs) are among the most important lipids. Many higher organisms cannot produce these on their own, so algal LC-PUFAs that get concentrated up the food chain to insect larvae and all the way to migratory birds, for instance, are essential to healthy ecosystems and biodiversity.

Research by the Norfolk Ponds Project in the UK, for example, is investigating how high quality, managed ponds support algal lipids and in turn insect larval lipids that are essential to farmland birds, farmland biodiversity, and migratory birds. Incentivising estate owners to maintaining farmlands as healthy ecosystems will have long-term benefits to society.

Understanding the Planet through Environmental Change

Algal lipids also serve as molecular fossils, or biomarkers, that record environmental conditions in the oceans, lakes and waterways around the world. For decades, haptophyte algae, mainly Emiliani huxleyi, that are surrounded by calcium carbonate scales, called coccoliths, have been used to measure sea-surface temperature from sediment cores long before we have human instrumental records.

These records extend back 10s of millions of years and identified that the Earth waxes and wanes between cold glacial periods, when Northern Hemisphere ice extends from the poles down to about 45°N latitude, and interglacial periods, like the last 15,000 years.

Applying the algal biomarkers from marine systems to lakes, now enables us to look at the rate of warming over the last 150-years and see that the rate warming in many locations is beyond anything that we have experienced during the Common Era (last 2,000 years).

The European Commission funded NAOUKSIP project, for example, uses a novel group of algal lipids called long-chain diols to quantitatively show that the rate of warming in high altitude sites of southern Europe has increased by two and half times over the last century.

These kinds of findings influence land management and require advanced, interdisciplinary research into calibrating these algal lipid biomarkers to modern environmental conditions. The goal of the European Research Council funded project, ALKENoNE (Figure 1 shows how alkenone molecules are related to temperature) is just that and aims to make the application of algal lipid biomarkers more universal.

Finally, the same type of algae whose coccoliths accumulated over geologic timescales to make up the Dover cliffs, are also responsible for the production of fossil algal lipids that society extracts as hydrocarbons or fossil fuels from depths of the ocean. Rather than continue to explore an increasingly depleted fossil source of fuel, modern algae – perhaps those that are related to the ancient algal fossil fuel producers – now hold promise to supply the needed hydrocarbon-based fuels.

The advantage of algal biofuel is that the algae remove CO2 from the Earth’s atmosphere which offsets their use, for example, in the transportation industry. They provide other harvestable resources, such as triacylglycerols, proteins, and nutrients and can be cultivated on non-arable land. The opportunity to make algal biofuels a viable resource currently faces challenges associated with energy efficiency harvesting lipids and converting it to biofuel. Most of the research along these lines is still in pilot stages and despite great promise requires a boost in investment.

Algae are undervalued in society compared to the wide range of benefits that that they provide globally. In the Biomarkers for Environmental and Climate Science (BECS) research group, we are exploring all these topics, including: the evolution of highly productive, lipid-producing algae; their role and efficiency in removing CO2 from the atmosphere; changes in their food quality values forced by environmental conditions; algal lipids as recorders of past environmental conditions, and algal lipids as a promising source of energy for society’s future.