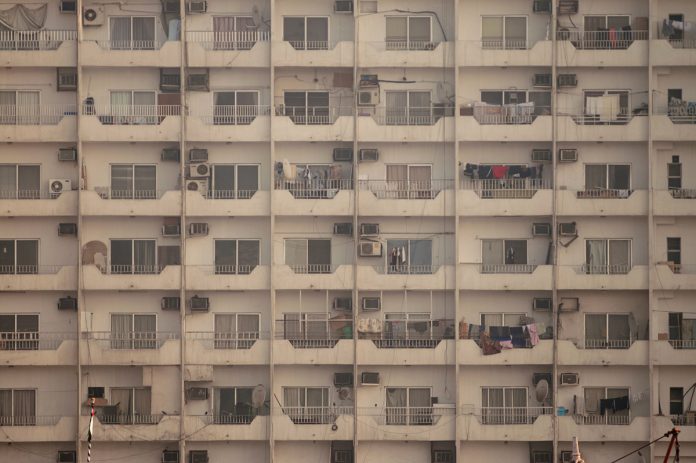 According to Turkington et al. (2004, p. 265), the heydays of high-rise housing estates (the 1960s and early 1970s) produced the “most uniform and international European housing type” ever built.

All over Europe, housing estates emerged that were very similar in construction methods, location and urban design. Since then, large housing estates have experienced quite significant demographic changes in the course of years. Initially, many such estates were the places where young families started their housing career. For those who left inner-city slum areas, moving to a housing estate entailed a major improvement. Nevertheless, many housing estates ended up in a spiral of decline very soon after their completion. There are many different explanations for the deterioration and social degradation of large housing estates, but in this paper, I focus on the mistakes made in the phase of planning.

Many estates malfunctioned from the beginning due to physical shortcomings: elevators were too few and often not working, there were problems with waste disposal systems, with condensation and leaking and many high-rises had bad acoustics (Hall, 2014). Of course, not all high-rise housing estates had the same physical problems. There are differences in the quality of construction within countries, between countries and between different time periods.

In Eastern Europe, the quality of design tends to be lower than in Western Europe, mainly for economic reasons (Monclús & Díez Medina (2016). Especially the five- or six-storey prefabricated buildings/houses built during the Khrushchev era in the 1960s, known as Khrushchyovka, were of a low-quality (Kährik & Tammaru, 2010). However, it is not necessarily the case that newer buildings are of better quality. For instance, in the Czech city Kladno, the urban design during the first two post-war decades was much better than in the 1970s and 1980s when, due to a lack of resources, the architectural design was weak, and facilities were lacking (Temelová et al., 2011).

One of the planning flaws of many large housing estates was that they were located on the fringes of the cities, far away from any amenities and job opportunities. Functions like schooling, shopping and recreation were underdeveloped. In Southern European housing estates, the public transport connections to the rest of the city are often underdeveloped (Dekker & Van Kempen, 2004). The peripheral locations were chosen to reduce costs. For instance, Quarto Cagnino in Milan (1964-1973) was built as ‘marginal appendix to the city’, as the legal framework limited the development of public housing estates to the availability of economic plots (Monclús & Díez Medina, 2016, p. 542).

Another shortcoming of the modernist housing estates is that their monotony does not facilitate its appropriation by the new inhabitants. The standardisation tends to be the most problematic in the largest housing estates. The ‘drab monotony’ is in Eastern Europe even more extreme than in Western Europe (Monclús & Díez Medina, 2016). Apart from the larger scale of the projects in Eastern Europe and the higher lack of resources, the monotony also fitted in the communist idea that uniformity was a sign of equality among residents. This idea is also in line with the conviction that Le Corbusier developed in the course of his career that a city without classes should be created (Fishman, 1982).

Modernist housing estates are also criticised for the negative impacts of the built environment on social life. Oscar Newman (1972) uses the term indefensible space to describe the discouraging effect of the physical design of these estates on collective community actions, which makes these neighbourhoods susceptible to crime. He concluded: “For low-income families with children (…) the high-rise apartment building is to be strictly avoided. Instead, these families should be housed in walk-up buildings no higher than three stories.” (Newman 1972: 193).

Hall (2014) argues that Le Corbusier (the most famous pioneer of modern urban design), as well as his followers, had no real feeling for the way-of-life of working-class families. The famous estate Unité in Marseille, designed by Le Corbusier himself, is a completely different world compared to the British council tower blocks or the French grand ensembles. That is not so much due to the quality of the design, which in Hall’s view makes the complex resemble ‘a medium-quality hotel’, but due to the fact that it is occupied by middle-class professionals. According to Ward (1976, p. 51), these kinds of residents are much more out of the house than working-class families, because they can afford to be: “Mum isn’t isolated at home with the babies, she is out shopping at Harrods. The children, when small, are taken to Kensington Gardens by Nannie. At the age of eight, they go to a preparatory school and at thirteen to a public school, both of them residential. (…) At any rate, they are not hanging around on the landing or playing with the dustbin lids.”

It should be acknowledged that not all housing estates are problematic or have become problematic during their existence. Next, to that, exogenous factors, like the construction of new neighbourhoods and economic restructuring often play a more dominant role in the deterioration than internal (planning factors). In the next issue of Open Access Government, I will dwell upon these exogenous factors.