Tom Gentry, Senior Policy Manager, Health Influencing at Age UK, tells us what we need to know about the UK’s ageing population

Growing numbers of older people are a cause for real celebration. With it, there comes a responsibility to help keep each one of us fit and well. Many older people will face challenges such as problems with health, so we need to ensure there are enough high- quality health and care services available to meet everyone’s needs.

Prevention of health inequalities as we age is key and Age UK believes that people should be supported to sustain or improve their wellbeing in later life. Doing everything we can to stay as healthy as possible, mentally and physically, is an important part of this. As we approach later life, taking part in physical activity will help to keep people mobile and connected to their community. There are also non-medical factors to consider, such as poverty or loneliness, which also have an impact on health. But prevention is not just the responsibility of us as individuals.

Local and national government, as well as the healthcare system, have an important role in keeping older generations happier and healthier in later life. They need to give greater priority to interventions that prevent as well as treat poor mental and physical health, and design services in a way that supports, rather than subverts, older people’s chances to improve their wellbeing.

Many older people are living with several long-term conditions and may have social care needs too, so a fragmented approach doesn’t work for them. This means an older population has implications for health services that will require a more joined-up approach, not only between hospitals and GPs, and between physical and mental health, but also between the NHS and social care.

Our social care system, however, has been so chronically underfunded that it struggles to cope with demand as it stands. It simply cannot cope with the extra demand of an increasingly ageing population unless substantially more money is found and quickly. The recent announcements are a step in the right direction, but new funding is again heavily weighted towards healthcare and large investment in social care is not promised until 2023.

As well as overhauling health and social care services, we also need to look at the environment around us and create age-friendly communities that offer a good quality of life across the generations. We need to design environments that are safe and pleasant to live in, with good local facilities and open spaces. If we can get this right, it will help to sustain the health, wellbeing and quality of life for everyone, regardless of age.

An ageing population will also have implications for the workforce. With continuous rises in the age of retirement, older people in employment are on the rise. But there are still significant barriers that prevent older workers from taking a full part in the labour market. Being treated unfavourably, being passed over for promotions, missing out on training, or having job applications sifted out because of age are still issues regularly faced in the workplace, meaning more needs to be done to combat the negative stereotypes.

Politicians must act now and set out sustainable plans for an ageing population, to give us all a fighting chance of living well into older age. While England has only just revealed the shape of what a reformed social care system might look like, other countries have successfully implemented their plans.

Over two generations ago, Japan embarked on reforming its social care system, and Germany did so even earlier.

Germany and Japan suggested long-term solutions to cope with the demands that come with an ageing population, preparing for the economic impact of long-term care via social insurance contributions, among other policies. They realised that the sooner the challenge of increasing and improving social care to meet the needs of an ageing population was addressed, the sooner they could find a workable solution.

Japan’s long-term care system is funded by a blend of general taxes, age-based premiums and co-payments by users. Payments are compulsory, and users contribute 10% of the costs of their care as a co-payment when they need them. Fees for accommodation costs in residential care are also paid in addition.

A different approach might be right for England, but there has been little political will to fully engage with the question. Organising and funding social care in ageing societies requires big policy changes and tackling it requires determination from politicians and full support of the Government. Fulfilling its obligation to older people would make such a huge difference to their quality of life and to all of ours in the future too. 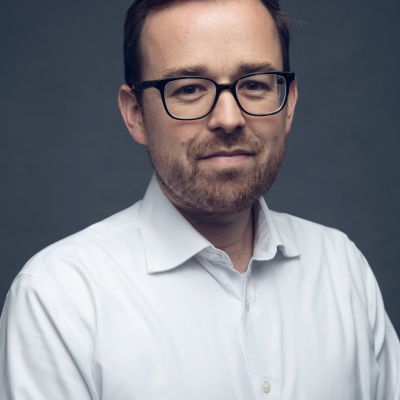