Andreas Met, COO, Compliance and Director at Halo Labs highlights how the use of medical cannabis is on the rise in the UK and could offer relief to many NHS patients

The recent news that the NHS is planning a clinical trial of cannabis oil in 2021 is ground-breaking and very welcome, given the myriad benefits of this versatile treatment. Although research is still ongoing, the preliminary evidence suggests that non-psychoactive cannabinoids, including cannabidiol (CBD) and tetrahydrocannabinol (THC), are effective in treating many physical, emotional and mental health conditions.

The benefits range from relieving many types of chronic pain, lowering blood pressure, stabilising blood sugar, reducing inflammation and enhancing the immune response, to slowing the development of Alzheimer’s, moderating the effects of Parkinson’s and Crohn’s disease, and mitigating the side effects of many medical treatments. In the area of mental health, cannabis oil has been shown to work as a mood stabiliser, addressing anxiety and depression, but has also been used to help manage conditions like schizophrenia and post-traumatic stress disorder (PTSD), amongst many other things.

However, the existing UK legislation around cannabis has yet to catch up with other areas of the world, including many U.S. states, Canada, the Netherlands, South Africa and Lesotho. Cannabis became illegal in the UK in 1928 when it was added to the Dangerous Drugs Act of 1920, even though it is a relatively low-risk drug. According to NHS research (1), only about 10% of users develop an addiction, compared to 15% of alcohol users and 32% of smokers. Far more violent crimes are committed under the influence of alcohol, which is legal.

The biggest concerns are that it could act as a gateway drug to more dangerous substances, and certain types of cannabis, especially those that are particularly high in THC, can negatively affect the user’s mood, prompting anxiety and paranoia. Activists argue that legalisation allows for regulation of quality and access, which would help address these concerns.

After lengthy debate, the use of cannabis for medical purposes only was finally approved in November 2018, but it requires a prescription and doctors are still wary of prescribing it. The two-year NHS study will see medical cannabis given to up to 20,000 UK patients. If it proves successful, the evidence could be what’s needed to convince doctors to prescribe it, and lawmakers to consider more widespread legalisation. Not surprisingly, given the rise of its illegal use over the last decades, legalisation already has huge public support. If it is legalised, similar regulations would likely be applied to those around alcohol. Buyers would need to be over 18 and it would only be (legally) available from licensed premises. Growing and importing marijuana would also require a licence.

Although the UK Government has already granted a very limited number of licences to local growers, some of the best quality product comes from areas like Lesotho, a mountainous country within the borders of South Africa. Because of the excellent growing conditions, expertise and low-cost labour available there, it is likely that long-term, much of the cannabis used in the UK will be sourced from places like Africa, and then processed either there or elsewhere. Controlling and standardising the quality throughout the process is critical to ensure the safety and efficacy of the final product.

As the debate continues to rage, even Dame Carol Black, who is in charge of the Independent Review of Drugs and Crime currently being conducted in the UK, has said that she would take into account the impact of the change in drug laws in Canada and Portugal in her review. And according to a group of cross-party MPs who also travelled to Canada, legalisation looks likely in the next five to 10 years. Legalising cannabis would also make it taxable, which may speed up the timeline, especially as the government is now under massive financial pressure due to the global COVID-19 pandemic.

Although there is still a long road to walk before this alternative treatment becomes widely available, the bottom line is that restricting the availability of cannabis amounts to denying relief to millions of people. 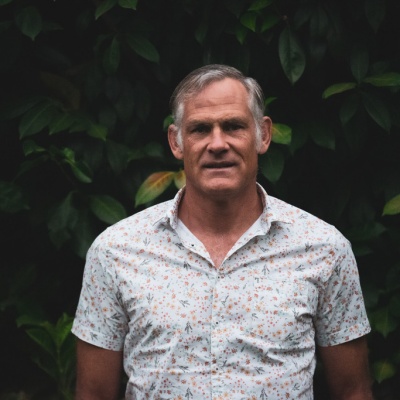