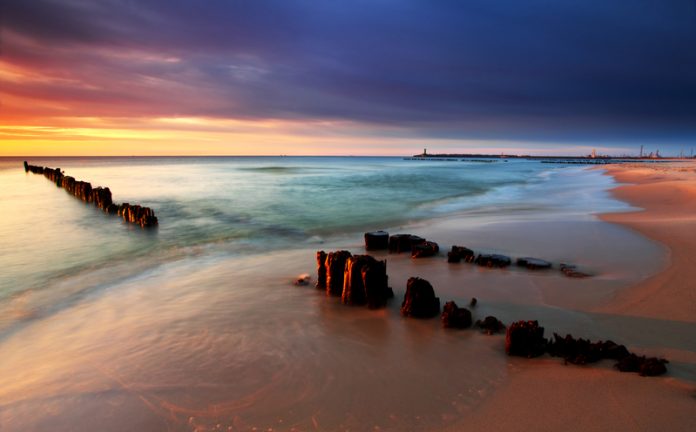 The Baltic Sea is unique both by its characteristics and by the intergovernmental, cross-sectoral cooperation that was established over four decades ago to protect it. The special characteristics include shallow mean depth, low salinity as well as the unique flora and fauna adapted to the brackish water. In addition, the Baltic Sea is almost entirely land-locked, and the water exchange is very limited. The fragile sea is faced with multiple pressures from the 85 million people living in its catchment area and the industrial activities ranging from agriculture and chemical industry to the 1400 ships sailing the Baltic Sea daily (1).

The Baltic Sea Action Plan, adopted in 2007, is an ambitious plan to restore the good ecological status of the Baltic Sea by 2021. There have been many successes in implementing the plan, such as covering almost 12% of the Baltic Sea with marine protected areas as well as submitting a joint proposal of the Baltic Sea and the North Sea countries to International Maritime Organization for designating both seas as Nitrogen Emission Control Area (NECA) for ships. This is estimated to cut airborne deposition of nitrogen significantly. However, many actions are yet to be accomplished. With three years to the deadline, 68% of joint actions and 23% of national actions agreed in the Baltic Sea Action Plan and subsequent HELCOM Ministerial Meetings have been accomplished.

Despite many efforts, according to the first results of the HELCOM “State of the Baltic Sea Report” (2) in 2017, the good ecological status of the Baltic Sea has not yet been reached. Over 95% of the Baltic Sea area suffers from eutrophication due to inputs of nitrogen and phosphorus, which have been high in the past and are still excessive. The pressure from contaminants is high throughout the Baltic Sea and among the assessed hazardous substances, the flame retardant PBDE and mercury have particularly high concentrations. Achieving a good status of biodiversity in the long-term is a HELCOM priority, but the latest results show that many species are still under threat.

Reaching the goal of the Baltic Sea action plan is crucial to a variety of species and sea ecosystems. Furthermore, a healthy sea and sustainable use of marine resources are important for the people living by and of the sea. It has been estimated that reducing eutrophication of the Baltic Sea would increase citizen welfare by 4 billion euros annually.

While work still remains to implement the past commitments, there are also new emerging issues, such as underwater noise and the impacts of climate change, which require attention. Also, new international commitments, such as the United Nations Sustainable Development Goals need to be addressed.

To better tackle emerging issues, the Environmental Ministers of the Baltic Sea countries and the EU Commissioner agreed in the HELCOM Ministerial Meeting held on 6th March 2018 in Brussels, among other things, to develop an action plan on underwater noise by 2021, elaborate a Baltic Sea Regional Nutrient Recycling Strategy by 2020 and update the Baltic Sea Action Plan beyond 2021 based on the newest scientific knowledge. The HELCOM members have also agreed to use the HELCOM platform in implementing the ocean- and water-related Sustainable Development Goals.

More efforts are still needed to achieve the good ecological status of the Baltic Sea. In the future, the effects of climate change will make this work even more challenging affecting processes both in the sea and in the catchment area. Strengthened cross-sectorial cooperation and strong political commitment are essential to reaching the goal of healthy Baltic Sea and securing it for future generations.