Beth Greenaway, Head of EO and Climate at UK Space Agency, shares her expertise on satellite Earth Observation and climate

Observing the Earth from space is helping us tackle the challenges facing our planet, including climate change, and it is becoming an increasingly important tool in achieving the UK’s sustainable development goals.

The UK has world-leading Earth Observation capability, from research and early mission development, mission build and exploitation of data, and the creation of end-user applications and services.

Britain’s Earth Observation sector grew at an average rate of 25% per year in the two years to 2017, and satellite Earth Observation-enabled services support industries which create an annual turnover of £229 billion.

This position is the result of decades of collaboration nationally as well as through the European Space Agency, Copernicus and other international partners.

The UK Space Agency is an active member of the Committee on Earth Observation Satellites (CEOS) which ensures international coordination of civil space-based EO programmes and promotes the exchange of data for societal benefit.

The Agency also supports Defra and the Group on Earth Observations (GEO), a global partnership that is working to ensure future decisions for the benefit of humankind are informed by coordinated Earth observations.

With CNES (the French Space Agency), we have collaborated on three important weather and climate missions. The latest is Microcarb, to monitor carbon fluxes. As a mission partner, the UK is undertaking activities including the Assembly Integration and Testing (AIT), the batteries and ground segment, as well as being part of the mission science preparation and essential calibration and validation.

The UK’s vision by 2040 is to maximise the potential of Earth Observation – for economy, science and society – by providing the quality-assured data to underpin mass market and business applications, cutting-edge science and the development of effective policy and operational decision making, particularly for climate.

The UK is a major investor in Copernicus and in ESA’s Earth Observation programmes, including the Climate Change Initiative which is managed from the European Centre for Space Applications and Telecommunications at Harwell, Oxfordshire. We have had significant roles in mission development, such as ESA’s ice mission, CryoSat, which was proposed and led scientifically from the UK. This is dedicated to measuring the thickness of polar sea ice and is the only mission capable of systematically charting the ice sheet’s contribution to global sea-level rises. UK industry has also supported ESA missions such as Aeolus, which is the first satellite to measure wind speeds across the entire Earth from its surface to the high stratosphere and is now working on Biomass, which will provide global maps of how much carbon is stored in the world’s forests and how this stock is changing, FLEX, a plant health mission and FORUM which will provide new insight into the planet’s radiation budget and how it is controlled.

As well as building the space hardware, the UK has expertise in managing and calibrating the missions and developing data handling and processing expertise for exploitation of the mission outputs.

The Traceable Radiometry Underpinning Terrestrial-& Helio-Studies (TRUTHS) mission, ‘invented’ by the National Physical Laboratory, aims to establish a climate and calibration observatory in space capable of improving the accuracy of Earth Observation data so we can take action sooner for climate mitigation, resilience and adaptation. The UK Space Agency national EO technology programme Centre for Earth Observation Instrumentation (CEOI) funded the early mission activities such as the Cryogenic Solar Absolute Radiometer (CSAR), which lies at the heart of the novel in-flight calibration system which measures variance in incoming solar radiation, to assess any impact of natural variation on climate.

CEOI is the driving force in the UK for the development and delivery of world-class instrumentation for national and international EO missions for science, operational and commercial needs. The CEOI vision is to develop and strengthen expertise and capabilities in EO instruments. The CEOI runs competitions for grants to develop new ideas in EO technology and oversee the selected projects, so as to position UK teams to win leading roles in future space programmes. The latest call – the 13th is underway as we are anticipating some exciting proposals.

The Agency is committed to creating many new jobs in space over the next ten years. We, therefore, also need a new generation with the right skills and enthusiasm to fill the new Earth Observation jobs.

Space and climate issues inspire people in a way few other things can. My team have capitalised on that and have a variety of projects aimed to bring EO topics into everyday life, into schools, scouts and the public. In July, we will be partnering with UKs leading greenhouse gas scientists at the Royal Society’s Summer Science Exhibition in London.

Earth Observation is the enabler and essential component of a significant number of projects within the Agency’s International Partnership Programme (IPP), which uses UK organisations’ space knowledge, expertise and capability to provide a sustainable, economic or societal benefit to undeveloped nations and developing economies. It is also an important part of our Space for Smarter Government Programme which works to support the use of space products, data and services across government departments.

Ambitious plans for the future

This year, the year of Climate Action and the build-up to the UKs Presidency of COP26, we are creating ambitious plans for the future of the sector. Space4Climate is a public-private-academic partnership working to ensure a seamless supply chain for climate data from space. The Agency chairs the partnership which supports the UK’s world-leading climate community to deliver, sustain and make use of climate information from space, enabling it to be integrated “as standard” in a variety of climate services for global economic and societal benefit. EO is critical to, not just the monitoring of the changing Earth, but the decision making on how society should respond and business can act.

It is through continued collaboration, nationally and internationally, that the UK’s Earth Observation sector will continue to grow and play a key role in overcoming the challenges facing our fragile planet. 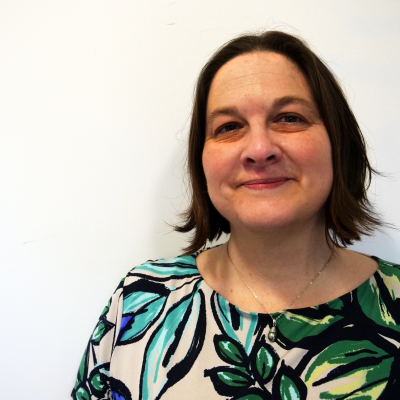