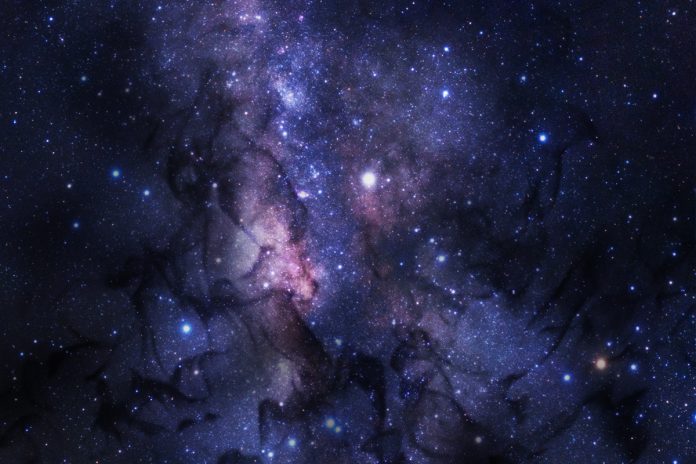 Richard G. Milner from the Department of Physics and Laboratory for Nuclear Science at Massachusetts Institute of Technology provides an absorbing insight into the search for an understanding of the elusive dark matter, one of the great scientific quests of our age

The search for an understanding of the elusive dark matter is one of the great scientific quests of our age. In the 1930s, astronomers first made determinations of the gravitational mass of galaxies that were significantly larger than expected from the observed luminosities and wrote of dunkle Materie1. Almost 90 years later, there is collective evidence that is substantial and consistent across seven orders of magnitude in distance scale2, that an unknown substance (dark matter) shapes the large-scale structure of the universe.

We believe that dark matter interacts gravitationally and that its non-gravitational coupling is of order the weak interaction3, or less. We expect that there must be some new interaction via a mediator between dark matter and atomic nuclei for dark matter to be in equilibrium with other matter in the early universe. We know the approximate density and velocity of dark matter in our galaxy. Dark matter does not form tightly bound systems larger than about 1,000 solar masses, but it appears to account for about 25% of the mass of the universe, that is about five times larger than the matter we can see.

The known, uncharged particles, for example, the neutron or neutrino, cannot account for dark matter. The focus over several decades has been to look for a weakly interacting massive particle (WIMP) via a rare scattering from an atom in a large detector, typically located deep underground to minimise the rate of background events. The recoil atom’s energy is detected. Thus far, no conclusive evidence for WIMPs has been found. The present experiments set the WIMP-atom interaction limit lower than the rate of a low-energy4 neutrino interacting with atoms5. Searches for WIMPS will continue for at least another decade. However, there is a fundamental limit to this approach due to the inability to distinguish between a neutrino-atom interaction and a WIMP-atom interaction. The WIMP mass region explored by the underground experiments typically ranges from about three proton masses to about 10,000 of the same.

A complementary experimental thrust in the quest to understand dark matter, is to search for evidence of the mediator of a new interaction between our visible world, successfully described in terms of four forces (gravity, electricity and magnetism, nuclear force and weak force) and the world of dark matter. This new interaction would constitute the fifth force.

The simplest mediator widely considered is a dark photon that couples to the known particles via their electric charges. The searches involve experiments using particle beams delivered by accelerators to produce the mediator. The mediator decays either into (a) known, detectable particles that are sought (visible decays) or (b) into the dark sector, which are undetectable, but whose presence is deduced by observation of a large missing energy and momentum in the final-state (invisible decays). The results of the searches are usually summarised in terms of their ability to constrain the mediator-to-known-matter coupling strength and the mediator mass. At the Large Hadron Collider at CERN, Geneva, Switzerland, searching for evidence of dark matter is a major activity at the three principal experiments6.

Recently, there has been a focus on searching for a mediator with a mass lower than the proton mass. Astrophysical observations and observed anomalies in measurements involving the muon and nuclear transitions hint at this possibility. Existing experiments, primarily using the decay of the neutral pion, have searched inconclusively for evidence of a dark photon. However, a more general fifth force, where the couplings are no longer simply the charges, remains a viable possibility.

Our MIT group is focused on searching for evidence of a fifth-force, with a mediator of mass less than about 10% of the proton’s mass. In collaboration with colleagues, we have proposed the DarkLight experiment7 at Jefferson Laboratory8, Newport News, Virginia, USA to produce the mediator in electron-nucleus scattering and searching for visible decays into a positron and electron. DarkLight requires an intense, bright and halo-free electron beam possible only with a new accelerator technology, called an Energy-Recovery Linac (ERL).

A phase-1 DarkLight experiment has been funded and a search, focused in a specific mediator mass region suggested by a reported anomaly, is in preparation. Jefferson Laboratory pioneered the development of ERLs using superconducting accelerator technology and next-generation ERLs are at present under construction at Cornell University, USA9 and at Mainz University, Germany10. Searches for evidence of dark matter via low-energy signals in electron scattering are being planned at both machines.

In summary, the search for evidence and understanding of dark matter is an intensive, worldwide research endeavour by physicists using state-of-the-art accelerator and detector technology on, above11 and beneath the Earth. Calculations by theoretical physicists are essential for the design of experiments with maximum sensitivity to uncovering new physics. This research drives technology development in high-intensity accelerators, detectors and high-rate data acquisition.

There are major new initiatives underway worldwide and this area will continue to be a forefront activity for the foreseeable future, attracting some of the best and brightest young minds. This curiosity-driven, fundamental research into understanding our universe is made possible by the generosity of the taxpayer via government support of fundamental research12.

Department of Physics and Laboratory