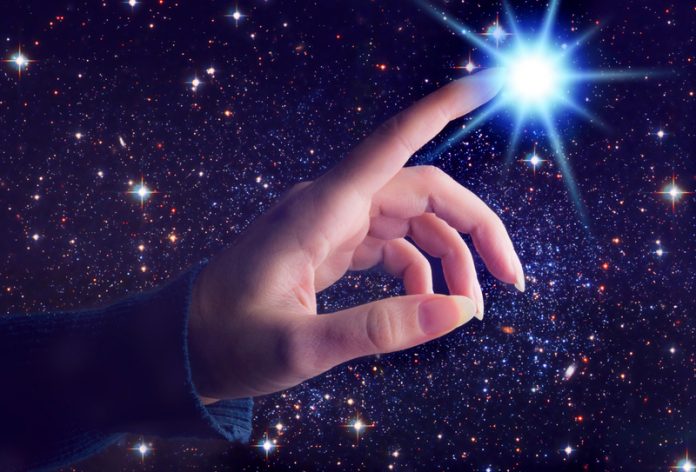 Prof Romeel Davé, Chair of Physics at the University of Edinburgh explores how supercomputer simulations help to reveal how galaxies like our Milky Way arose from the Big Bang

Why does the Universe look the way it does? This fundamental question has captivated humankind from the earliest days, spawning creation myths in every culture passed down through generations. Today, modern telescopes show us a fascinatingly complex Universe highlighted by billions of galaxies in a wide range of shapes, sizes and colours.

A modern creation story must account for this stunning diversity of galaxies and its emergence from the Big Bang. Galaxy formation simulators like myself use supercomputers to build an origins story based on the principles of physical laws rather than mythology. It is an epic challenge that will be a defining achievement for forthcoming generations.

Galaxy formation simulations aim to recreate the evolution of the Universe from the Big Bang until today using only the laws of physics and powerful supercomputers. Such simulations concurrently model the evolution of dark matter, dark energy, gas (in various ionization states), heavy elements, stars and black holes, starting from the glass-smooth state seen as the Cosmic Microwave Background, using the equations of gravity, hydrodynamics, radiation and nucleosynthesis.

The result is a model Universe representing galaxies, intergalactic gas and black holes. By comparing to state-of-the-art observations and identifying successes and failures of model predictions, theorists like myself iteratively improve our models to better constrain the physical processes that give rise to galaxies and other cosmic systems.

The role of galaxy formation simulations in astrophysics has grown exponentially in recent times, owing both to their fidelity and range of applicability. They have emerged as an essential synergistic complement to observational studies. New billion-dollar telescopes such as the James Webb Space Telescope, while immensely powerful, are intrinsically limited to detecting only one portion of the electromagnetic spectrum. Simulations are required to assemble these multi-wavelength datasets into a coherent physical scenario for how the observed objects came to be. Today, virtually no large extragalactic survey project gets approved without a dedicated simulation modelling component.

Galaxy formation simulations have improved dramatically in their realism and sophistication over the past decade, driven by synergistic observations and ever-faster computers. Modern simulations utilise millions of CPU hours on leading supercomputers. The Illustris (U.S.), EAGLE (Europe) and my group’s Mufasa (Africa) simulations, among others, now achieve unprecedented levels of realism.

We are constantly improving such simulations by employing a multi-scale approach to connect sub-parsec scale processes, such as star formation and black hole accretion with megaparsec-scale structure driven by dark matter and dark energy. Despite impressive progress, the task remains far from finished. The daunting range of physical and temporal scales remains impossible to simulate simultaneously even on the world’s largest supercomputers and it remains far from clear that we have identified (let alone understand) all the relevant physical processes for growing galaxies.

Perhaps the longest-lasting legacy of galaxy formation simulations is that they provide, for the first time, a full 3-D movie of how our Universe came to be. The impact of being able to visualise how galaxies like our own Milky Way and stars like our Sun emerged from the Big Bang cannot be overstated for both scientists and the general public. Combined with chemistry and biology that takes us from the formation of the Earth until human life today, we are closing in on completing humankind’s first scientifically accurate story of our cosmic origins.

The University of Edinburgh