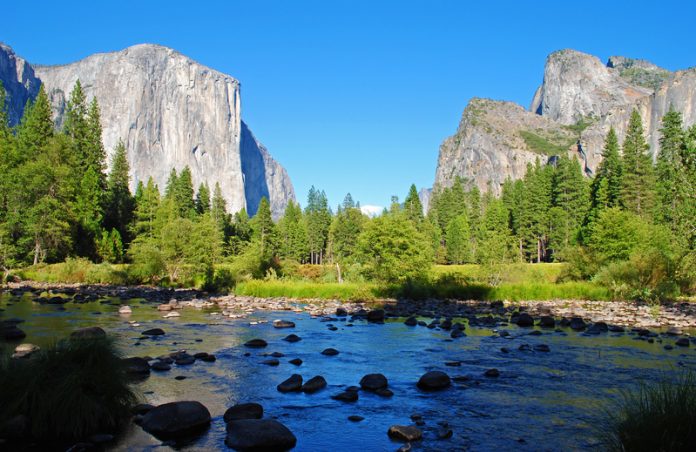 The US National Park Service (NPS) works to preserve the landscape and biodiversity of protected areas of the United States. A government organisation, the NPS collaborates with native tribes, universities, local government, and communities to restore and protect urban and rural environments, as well as educating the public.

The NPS aims to preserve the biodiversity of US National Parks through careful monitoring of ecosystems, the regulation of climate and air quality, and preventing development on National Park sites. In an ever-developing world, the task of preserving ancient wildlands can become increasingly difficult. A single invading species or a decline in an existing one could alter the entire ecosystem of an area, meaning crucial preservation efforts must be made. The NPS states that the preservation of nature is important ‘for its own sake’, for the benefit of human life through the food and medicine biodiversity offers, and for the enjoyment of future generations.

Each year the NPS holds a ‘bioblitz’, challenging citizens to identify as many plant and animal species in their area as they can, creating an informal census of flora and fauna. This works through an app – iNaturalist – which allows people to track and record plant and animal species in their local area and share it into their online database. This aims to create ongoing public engagement with nature and encourage a mindset of research and discovery. Even if the public is unable to identify the species themselves, it is still recorded and can be identified by scientists. NPSpecies is an online database of all known species across US National Parks. It lists the species and information about them and offers the chance to submit potentially undiscovered specimens into their records.

The need to foster public involvement in nature is heavily emphasised by the NPS. Through volunteer work and educational programmes, the NPS aims to get as many people as possible involved with the natural world in their region, including urban areas which may not have easy access to it. On an official level, the NPS monitors not just the species themselves but other factors, which may affect their numbers. Recording water temperatures, weather, and other long-term changes allow them to predict future changes in ecosystems, as well as protect against potentially damaging events.

The NPS also collaborates with other organisations, non-profit, governmental, and local, to share resources and expand research knowledge. Institutes such as the

The University of Maryland and the University of Wyoming work with the NPS, who provide job opportunities and internships for students whilst benefitting from their research and resources. Collaborative research stations provide a unique look into local ecosystems, as well as offering grants. The UW-NPS (University of Wyoming, National Park Service) Research Station funds around 12 projects a year, with this year’s priorities including monitoring wildlife species and assessing the effects of climate change on biodiversity.

During this year the NPS is running several projects to protect specific species, many which include public involvement. A planned excavation of sea turtle nests by biologists in August and September in North Carolina will be open to the public, who will have the opportunity to watch biologists collect eggs, count eggshells and dig up nests, as well as be educated on the species. 2017 is also an important year in terms of fighting potentially damaging legislation from a climatesceptic US administration.

In January, the NPS released its strategy for fighting the effects of climate change on ‘cultural resources’, specifically targeting landmarks, as well as cultural or historically significant areas. Acting Director Michael Reynolds called climate change “the biggest challenge the National Park Service has ever faced”, and identified the need to preserve American history as a priority for the service. The strategy names 4 ‘pillars’ of fighting climate change; science, adaptation, mitigation, and communication. There is an emphasis on education and public awareness, as well as collaboration with institutions and partners. The overall aim is to use significant sites to study how climate change was adapted to in the past and to preserve history for the sake of the future.